The Pope's latest tour has been met with firebombed churches, protests and arrests - Canary 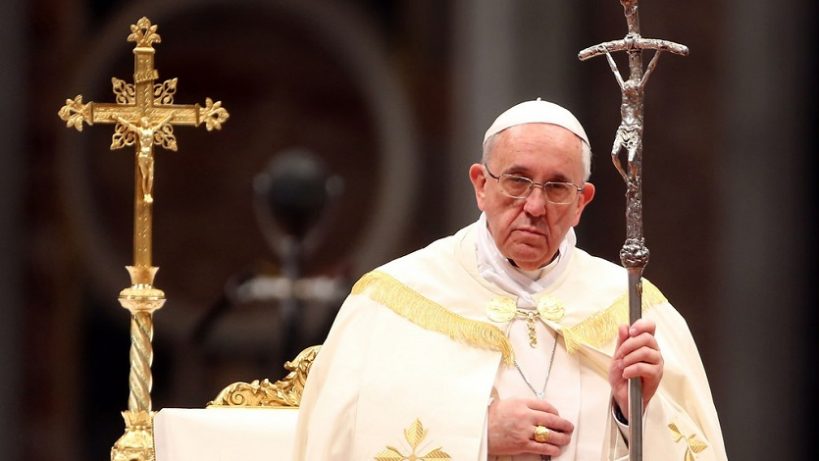 The Pope arrived in Chile on 15 January only to be greeted by mass protests about the Catholic church’s handling of dozens of sex abuse cases. At least ten churches were firebombed and protesters were arrested by riot police in Santiago as the Pope greeted the crowd in a ceremony in the capital.

It is expected that mass demonstrations will continue as Pope Francis tours the Latin American country, traditionally considered a stronghold of the church. Francis is Latin American himself, and was born in Argentina.

Karadima was a trusted priest who abused dozens of boys in the wealthy diocese of Vitacura in Santiago. Karadima, who denies the allegations, was found guilty by the Vatican but not convicted. He was instead ordered to live a life of “penance and prayer”. His protégé Juan Barros was accused of covering up Karadima’s crimes.

Fury erupted when Bishop Barros was re-appointed in Osorno in southern Chile in 2015.

As a result of the church’s refusal to punish the abusers, angry Catholics have turned their back on the church. An independent poll found that those who identified themselves as Catholic fell from 74% in 1995 to just 45% in 2017.

People are leaving the church because they don’t find a protective space there. The pastors are eating the flock.

The Pope has apologised, saying:

But some believe that the church’s response is simply not good enough.

Pope Francis is due to meet victims of General Pinochet’s dictatorship, which lasted from 1973 until 1990. He will also meet Mapuche (indigenous) leaders and visit a women’s prison in a bid to restore community relationships. But the church’s mishandling of sex abuse criminals has turned his homecoming trip into a controversial apology tour.