In response to his critics, Toby Young may have dug an even deeper hole for himself - Canary Workers’ Co-op 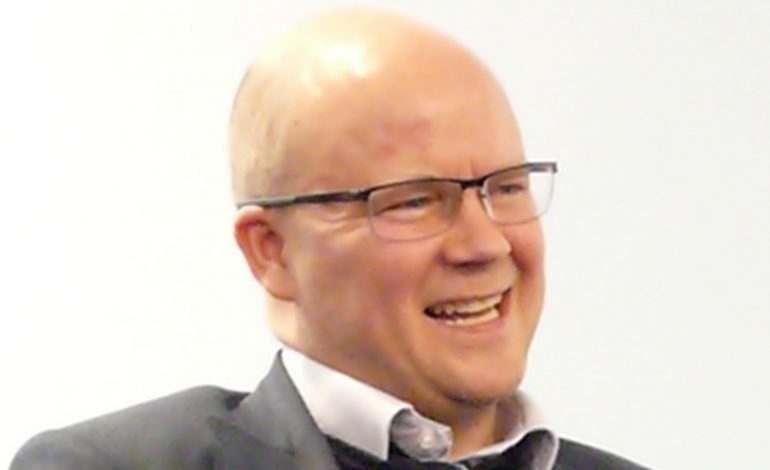 Conservative journalist Toby Young has published an article in The Spectator, defending himself against detractors, in the aftermath of his resignation as a board member of the Office for Students. But in doing so, he may have dug an even deeper hole for himself.

In the article, which he forwarded to The Canary in response to our query about his views, Young says he attended the 2017 London Conference on Intelligence:

because I had been asked – as a journalist – to give a lecture by the International Society of Intelligence Researchers at the University of Montreal later in the year and I was planning to talk about the history of controversies provoked by intelligence researchers. I thought the UCL conference would provide me with some anecdotal material for the lecture – and it did.

However, in that same article, Young makes it clear he stands by his controversial comments in his 2015 paper on a form of in vitro fertilisation (IVF) that incorporates genetic testing for IQ. And he argues this technology:

should be banned for everyone except the very poor. I wasn’t proposing sterilisation of the poor or some fiendish form of genetic engineering so they could have babies with ‘high IQ genes’ or anything like that. Just a form of IVF that would be available on the National Health to the least well off, should they wish to take advantage of it.

The assumption there seems to be that poor people in general have low IQ.

As it turned out, Young used his talk in Montreal to rail against “the hard left”, “social justice warriors” and “the intersectionality cult” that he sees as opposing what he refers to as the biological roots of intelligence and of ‘differential evolution’:

But at what point does intelligence science morph into pseudo-science? Or even an apology for far worse?

According to London Student, 82% of speakers at the 2015 and 2016 London Conference on Intelligence were directly associated with the Ulster Institute for Social Research (UISR) or its publication Mankind Quarterly. UISR is headed by Professor Richard Lynn.

at some point in the foreseeable future the white British people will become a minority in these islands, and whites will likewise become minorities throughout the economically developed nations of European peoples. As the proportion of non-Europeans grows in Europe and in the United States (and also in Canada and Australia) and eventually become majorities, the intelligence of the populations will fall.

What is called for here is not genocide, the killing off of the populations of incompetent cultures. But we do need to think realistically in terms of ‘phasing out’ of such peoples.

But it’s not all about ethnicity. Lynn’s views on women, which have featured in The Daily Mail, include:

one of the main reasons why there are not more female science professors or chief executives or Cabinet ministers is that, on average, men are more intelligent than women.

The Southern Poverty Law Center (SPLC) has described Lynn as:

one of the most unapologetic and raw ‘scientific’ racists operating today, arguing, among other things, that nations with high average IQs must subjugate or eliminate lower-IQ groups, which he associates with particular racial groups, in order to preserve their dominance.

And the SPLC further argues that Lynn:

believes that there is ‘a good case for reviving the sterilization of the mentally retarded and criminals,’ and has promoted a ‘commendable scheme’ targeting poor mothers which ‘would require sterilization as a condition of receiving welfare’.

As if that wasn’t enough, another regular speaker at the London Conference on Intelligence is Emil Kirkegaard. His presentation at the 2017 conference was on immigrants and IQ. But he has also expressed controversial views on paedophilia:

Perhaps a compromise is having sex with a sleeping child without them knowing it (so, using sleeping medicine). If they dont [sic] notice it is difficult to see how they cud [sic] be harmed, even if it is rape.

In November 2017, he followed this up with a paper that argued links between paedophilia and homosexuality.

Between 2002 and 2006, the UISR was bankrolled by the ‘extremist’ Pioneer Fund to the tune of $286,372. And in response to a query by The Canary, Lynn confirmed that the UISR was financed in this way. Lynn, who has been the president of the Pioneer Fund since 2012, told The Canary he could not provide precise figures.

According to the SPLC:

the Pioneer Fund’s original mandate was to pursue ‘race betterment’ by promoting the genetic stock of those ‘deemed to be descended predominantly from white persons’.

The London Conference on Intelligence has been organised for at least three years by an honorary senior lecturer at University College London called James Thompson. He is also a member of the UISR Academic Advisory Council.

UCL has now issued a statement, explaining that it neither approved nor endorsed the London Conference on Intelligence and that it has begun an inquiry. And the Public Appointments Commissioner is to inquire into whether due diligence was conducted in Young’s appointment to the Office of Students.

Young justified his attendance at the London conference as necessary research for his talk at Montreal. But whether that talk unequivocally condemned the pseudo-science of Lynn, Kirkegaard, and their colleagues is very much open to question.

– Read more on Toby Young in The Canary.

– Support the work of campaign group Hope Not Hate and  Stop Funding Hate.