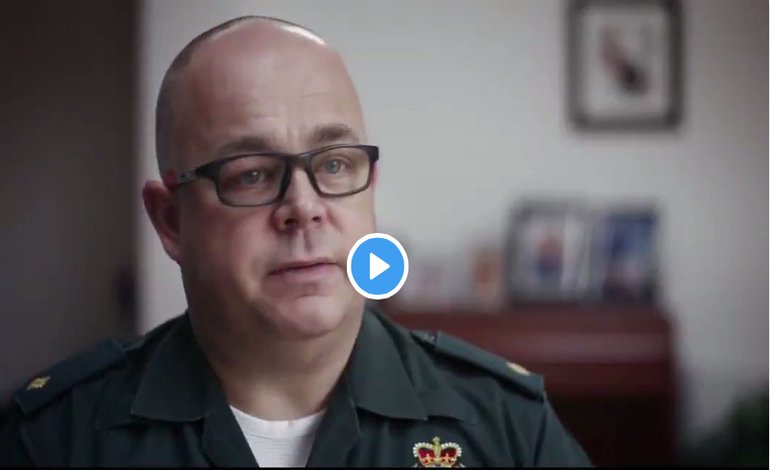 The Labour Party has released a video featuring NHS staff describing, sometimes in tears, the government’s destruction of our NHS. Doctors, nurses, paramedics and even NHS kitchen staff tell the public, in their own words, what is really happening behind closed doors. Their heartbreak and their commitment to fight has landed powerfully with communities across the country.

Each year, the Conservative Party is told that, if it does not increase investment and reverse privatisation in the NHS, there will be a crisis. And each winter there is a crisis. Then, Health Secretary Jeremy Hunt makes the same apology, and repeats ad infinitum.

In the first seven years of Conservative-led government from 2010, the NHS lost 6,700 mental health nurses and doctors. Despite the government consistently promising greater investment than ever, 44% of NHS trusts are in financial deficit, and by 2022 there is likely to be a funding hole of between £20bn and £30bn. This is not news. The government has been warned that its policies are creating catastrophe by the Chief of NHS England, health service unions, junior doctors, the Nuffield Trust [pdf], the Health Foundation [pdf], the King’s Fund [pdf], and others. Repeatedly. Both privately and publicly.

Jeremy Hunt has ignored these warnings and continued his ideological assault on the NHS regardless. And the result has been disastrous for patient care and staff morale alike.

The voice of the NHS

In Labour’s video, the people responsible for keeping patients alive tell their story. Medical registrar Fionna describes the pain of losing a patient, saying “and it’s even worse when you think that perhaps things could have been different. If, if only, you know, you hadn’t been doing the job of two people”.

In the first quarter of 2017, the NHS was forced to cancel more than 21,000 [pdf] elective operations for non-clinical reasons. Liz, a clinical scientist, expresses her frustration at the impact on her patients. She says:

Patients have been waiting and waiting. And now they’ve been told they’ve got to wait even longer.

Dave, an NHS paramedic, speaks of patients dying while waiting for an ambulance; and feeling that perhaps they could be alive if he could have got them to hospital.

Others describe the pain of leaving the service to protect their own mental health. They explain the stress of nursing students starting their working lives with £40,000 of tuition fee debt; and of their colleagues turning to food banks in order to feed their families, despite their gruelling work.

But the video is not a eulogy for the NHS. It is a rallying cry. Because NHS staff know the service is just one government away from rescue. Katie, a nurse who left the NHS after 20 years, explains that Jeremy Corbyn’s Labour Party meant she returned to her job. She says:

I want a Labour government. I want a better NHS for my children’s future. And that is what will drive me forward.

And Fionna returns with her conclusion:

You don’t need to worry if you get a devastating illness and you have no one to look after you. Because the NHS will always be there.

If that resonates as strongly with you as it does with me, then you’ve got to get out there and fight for it. And the first thing to do is to vote for Labour, because they’re the only party who are offering us at the moment a real, tangible means by which we can safeguard this most precious thing.

These brave staff have told us what it’s really like on the inside of the NHS crisis. Make sure their incredible stories are heard – share this video. pic.twitter.com/TsYP6QDNou

The video has clearly struck a chord with those suffering apology-fatigue from Conservative Health Secretary Jeremy Hunt.

I felt a knot at the back of my throat as i watched this with my family who felt the same way and shook their head as we look at each others and said. ''We need to do something, we need to save the NHS.'' #ToriesOutNOW

Please…watch this. Then wipe away your tears and join Labour today to save our NHS. Thank you. pic.twitter.com/VQjhm79V6h

This is a proper political video, has absolutely everything, benchmark set, thanks a lot pic.twitter.com/f7RJ1LO7Cm

And every word of it is true. Vote Labour, save the NHS – begin to build a country with world class housing, healthcare, energy and transportpic.twitter.com/7P1srM92Vs

If the Conservatives were hoping the public would let the NHS slip away quietly, they were very, very wrong.

– You can support the Keep Our NHS Public campaign here.

– Join the emergency demonstration on 3 February to save the NHS.

– Do not vote for political parties which will continue the privatisation of the NHS.