Remember the landlord who banned 'coloureds'? Now he's suing a YouTuber who called him a racist. - Canary 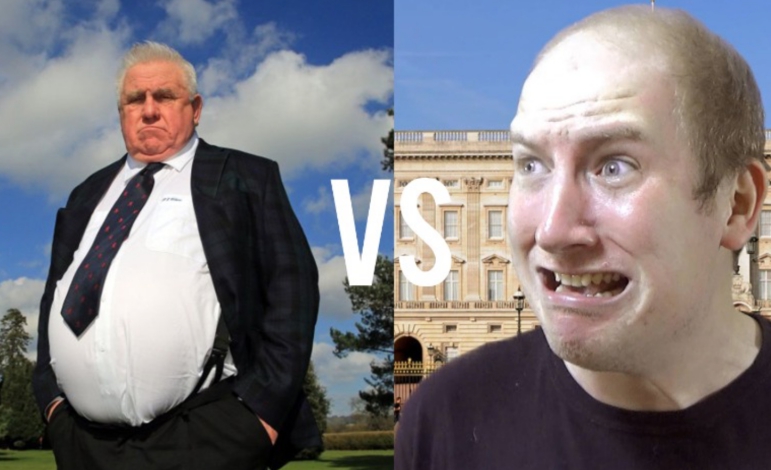 Millionaire landlord Fergus Wilson, who owns hundreds of properties in Kent, hit the headlines in March 2017. He sent an email instructing his letting agent not to accept “coloured people because of the curry smell at the end of the tenancy”. Maidstone County Court found that Wilson acted illegally. But this hasn’t deterred him from turning his attention to a YouTuber.

Wilson is suing YouTuber Danny Hyde for £10,000 for a video he released after hearing about Wilson’s “coloured” ban. Wilson claims the video is “grossly offensive” and “in breach of the Malicious Communications Act”. And he says that, if Hyde doesn’t pay up, then he will bring a private prosecution against him.

In the ten months since it was posted, the video had only 950 views, although this has now increased to 2,926 at the time of writing.

In the video, Hyde blasts Wilson’s policy. He calls him a “ginormous bum splatter of a man”. And he continues:

It’s no coincidence I call my penis a Wilson. Because this man is a penis.

Hyde also takes issue with Wilson’s “logic” in banning “coloured” people from his properties. He says:

With that logic, Wilson, you f**king numpty, you should ban curry. Not an entire race of people.

But you can’t link curry to just one group of people. I eat curry, mate and I’m whiter than Donny Osmond’s two front teeth.

And Hyde has advice for Wilson:

Do not go on the news saying that you’re banning coloured people… because that makes you come across as a racist d*ckwad.

Meanwhile, a friend of Hyde has set up a crowdfunding page to support him. The site states:

He was after all only expressing his opinion. This guy is hellbent on screwing Danny over, stating he plans to  ‘bankrupt him if he can’t pay’ so he will be ‘snookered for the rest of his life’. If everyone sued everyone anytime they felt they’d been insulted we might as well ban ‘Mock The Week’ and ‘Have I Got News For You’ and all sit around in the dark not talking to anyone in fear of losing our houses.

But Wilson told The Metro “it was the way that he [Danny] said it” that he objected to. “It was a grossly offensive video,” he said, adding:

I will bankrupt him if he can’t pay. He should not have done it at the start. If you start doing these things, you are responsible for the consequences.

Actions do have consequences

Wilson is right, actions do have consequences. This is, after all, why Wilson was taken to court for his instructions. Wilson claimed that his ban was nothing to do with racism and was for economic reasons. He also described the remarks made in his email to the letting agent as “adolescent banter”. But the judge disagreed and said:

Hyde is standing by his video:

It’s 2018 and I am fed up with people being discriminated by the colour of their skin. I firmly stand by everything I said in my video.

And given the publicity the video is now getting, it is looking likely that this is another move by Wilson that is spectacularly backfiring.