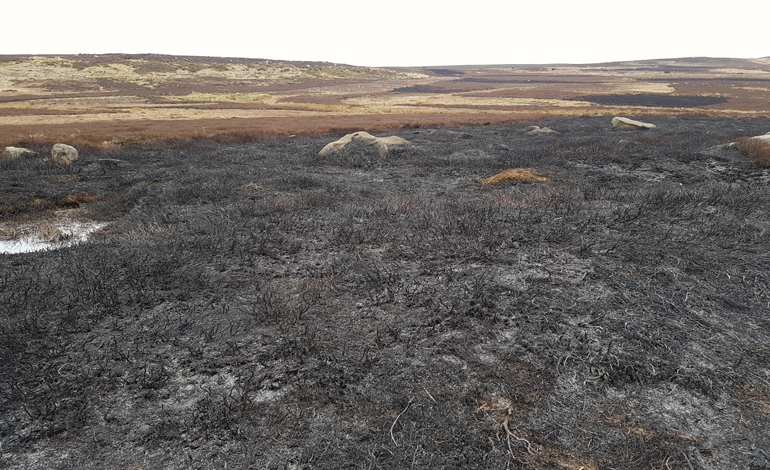 On 15 January, Bradford Council’s Labour group voted not to renew a lease for grouse shooting on Ilkley Moor. This decision will mark the end of the activity on council-owned land throughout the UK. It’s a major victory for grassroots campaign organisation Ban Bloodsports on Ilkley Moor (BBIM). And it’s a chance for some of Britain’s vanishing bird species to thrive once more.

The choice not to renew the lease was supported by an “overwhelming majority” of Bradford’s 48 Labour councillors. And they can rely on the support of the Liberal Democrats (10 councillors) and the Green Party (three councillors).

Shooting rights on Ilkley Moor have been held by the Bingley Moor Partnership since 2008. But the lease is up in April 2018. And the decisive Labour group vote means renewal is very unlikely.

Campaigners and activists are celebrating the announcement. Luke Steele, spokesperson for BBIM, says:

Bradford Council’s Labour Group decision … to not renew grouse shooting rights for Ilkley Moor is to be commended in the highest terms. It reflects the urgent need to reverse wildlife decline, habitat degradation and public dismay which has overshadowed this treasured moorland since grouse shooting was introduced in 2008.

Since forming in 2014, BBIM has led annual demonstrations on the moor against grouse shooting. In 2016, it organised a “picnic protest”, and it held a “protest ramble” in 2017. And these actions have highlighted the devastating impact of grouse shooting on the local environment.

In July 2017, BBIM reported on figures from the Royal Society for the Protection of Birds (RSPB) showing a “wildlife crash”. The group stated that:

These include the disappearance of red-listed birds including: Ring Ouzel, Whinchat and Twite. And dramatic reductions in other rare species such as: Merlin, Dunlin and Redshank. Meanwhile, Bingley Moor Partnership’s management saw a “revival” in the population of red grouse.

But BBIM points to conservation projects at other former grouse shooting moors that have seen bird populations diversify and thrive.

Responding to the vote, the Countryside Alliance said:

And the British Association for Shooting & Conservation implies the grouse shooting industry is essential to effective conservation of uplands.

But in January 2011, the Eastern Moors Partnership took over management of the Eastern Moors area of the Peak District. And this shoot-free collaboration between the National Trust and RSPB saw a surge in birds thriving in the area.

A 2016 survey revealed these include species such as the whinchat, which more than doubled from 25 breeding pairs in 2010 to 60 in 2015; and the ring ouzel, whose numbers remain stable even while decreasing in the rest of the UK by 70%.

The problems with grouse shooting

The Canary has previously reported in depth on the issue of grouse shooting. While Friends of Ilkley Moor said the industry’s interests conflict with “the public right of access and the public’s ability to enjoy the Moor”.

And the League Against Cruel Sports has questioned the claimed economic benefits of the industry. It says:

When you then take into account the environmental damage caused by the industry and consider the economic value of activities that are displaced, in particular eco-tourism, driven grouse shooting is in our opinion a burden on the public purse.

The vote by Bradford’s Labour councillors is therefore a major victory for BBIM’s campaigning along with many years of work undertaken by activists. Not only in the grassroots fight against bloodsports, but also in the fight for Britain’s wildlife. Life of all kinds will once again have a chance to prosper.

– Check out information from the Hunt Saboteurs Association on how to disrupt grouse shoots.

– Read more from The Canary about wildlife crime.