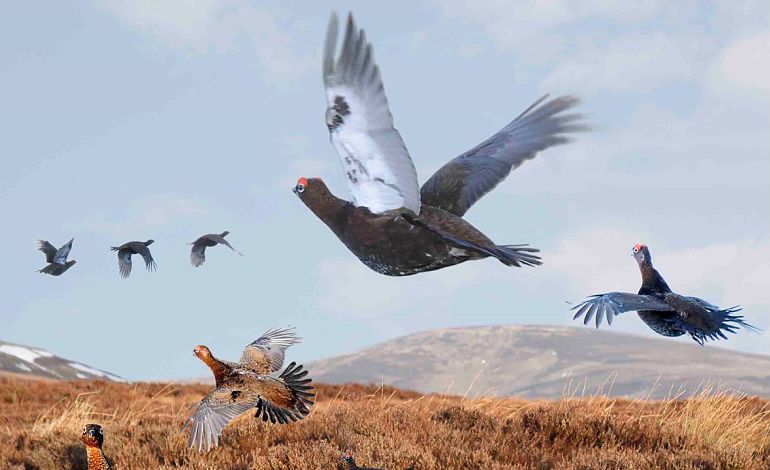 The grouse shooting season started on the so-called ‘Glorious Twelfth’ of August. And once again, it’s against a backdrop of public disapproval and damaging revelations.

As The Canary reported last year, driven grouse shooting stands accused of far more than just the killing of grouse. Grouse are wild birds. They can’t be artificially reared for shooting in the same way as pheasants. But grouse moors measure success by the size of the ‘bags’. So they have to become a grouse paradise. Anything that might harm grouse is removed wherever possible. It’s legal to ‘control’ predators such as foxes and crows. But birds of prey (raptors) have had full legal protection for over fifty years yet still face persecution.

The Royal Society for the Protection of Birds (RSPB) believes licensing of grouse moors would be a good first step towards eradicating the criminal element that disregards raptor laws. Its Head of Investigations in Scotland, Ian Thomson, recently published a blog detailing raptor disappearances. Satellite tagging is increasingly enabling scientists to follow the life stories of birds of prey. All too often the stories are short and end suddenly in areas managed for driven grouse shooting.

The RSPB has also obtained video evidence that appears to show raptor persecution in progress. The Canary reported in May on a case in Scotland where a rare hen harrier can be seen flying from her nest and then being shot. And on 10 August, the RSPB published a video which seems to show at least two armed men attempting to get rid of a nesting marsh harrier and her eggs.

As previously mentioned, moorland gamekeepers attempt to create unnatural sanctuaries for grouse by exterminating predators. The Hunt Investigation Team gathered evidence of just what this looks like in practice:

Driven grouse shooting has been a pursuit for the rich and powerful ever since it began [paywall] in the nineteenth century. The ‘Glorious Twelfth’ was a fixture in the society calendar, enthusiastically trumpeted in the broadsheet press. This is changing. In the last few years, coverage of the Twelfth has focussed as much on controversy as on bag size. The Guardian has epitomised this scepticism towards shooting. On 6 August it published an op-ed sparked by ex-cricketer Ian Botham’s spectacularly misjudged response to facing searching questions about the ethics of shooting when he went on BBC Radio 5 Live. And on the eve of the Twelfth, it used Thomson’s RSPB blog as a starting point to question the practices of grouse estates. Even The Financial Times understands [paywall] that grouse shooting is under threat.

This change of tone owes much to several years of concerted campaigning that comes together annually for Hen Harrier Day. Events take place up and down the country the weekend before the Twelfth. This year speakers included BBC Springwatch’s Chris Packham and Iolo Williams, the Green Party’s Natalie Bennett and many others, alongside former RSPB Conservation Director Mark Avery, the prime mover in the campaign. Avery ran a petition to ban driven grouse shooting which gained 123,077 signatures. This triggered a Westminster Hall debate which took place in October 2016. The Tory-soaked ‘debate’ which ensued was such an insult to parliamentary dignity that satire was the only reasonable response.

Grouse shooting is an area where Theresa May’s promise to govern not just in “the interests of the privileged few” would really make a difference if it were put into action. However, most eyes will be on Scotland, where the SNP-led government appears to be running out of patience with the grouse industry. The ball now seems to be firmly in the shooters’ court. Unless they change their ways, their hobby may soon go the way of the dodo.

– The Scottish Raptor Study Group has published these Mythbusters about driven grouse shooting.

– Check out Birders Against Wildlife Crime for advice on how to ‘Recognise, Record and Report’.