As Jeremy Hunt squanders £44k of our money on a bathroom, Labour proves it's serious about saving the NHS - Canary 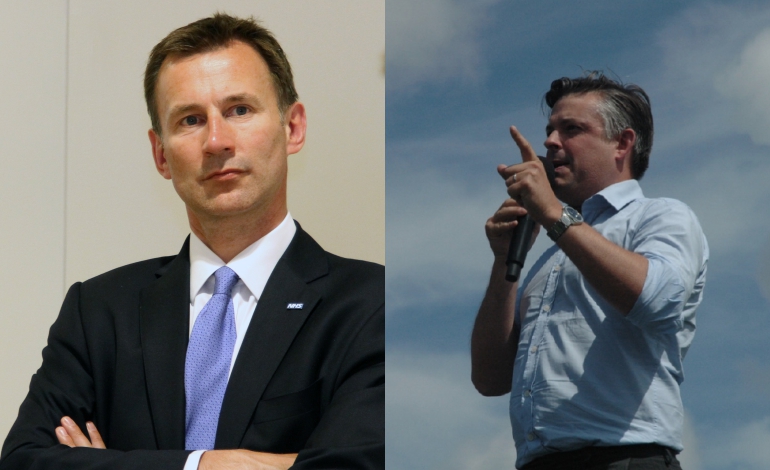 Health Secretary Jeremy Hunt has wasted £44,000 of taxpayers money on a bathroom in his office. But while Hunt squanders our money on floor-to-ceiling lava tiles and sensor-activated lights, Shadow Health Secretary Jonathan Ashworth has nailed exactly how we can save our NHS.

While Hunt is rewarded with a luxury bathroom, his performance as Health Secretary has been appalling. He has overseen cuts to the NHS; waiting times are at their highest [paywall] for a decade; nurses are using food banks and the abolition of training bursaries for nurses means the NHS is likely to see a staffing shortage.

In short, his tenure as Health Secretary has been nothing short of a disaster for our NHS.

It is outrageous that Jeremy Hunt, who has overseen an average real term cut of 14 per cent in nurses’ pay, is spending £44,000 on a ministerial bathroom.

But Ashworth showed that Labour can provide an alternative and will work to save the health service. Speaking at a rally in Cornwall, Ashworth pledged that Labour will commit £37bn to funding the NHS. He accused the Tories of:

deliberate and systematic underfunding of the National Health Service.

And Ashworth promised to:

give the staff a pay rise and bring back the training bursaries.

But where’s the money coming from?

Labour is often accused of making spending commitments without the money to pay for them. But Ashworth is determined the money can be found. He stated:

If you can find a billion pounds to prop up yourself in Downing Street by giving that money to the DUP, you can find the money for our National Health Service.

If you can find billions of pounds to cut the top rate of tax, then you can find half a billion to give NHS staff a fair pay rise.

It now seems that we need to add that if you can find £44k to pay for a bathroom, then you can find the money for the NHS.

– Support The Canary if you appreciate the work that we do.