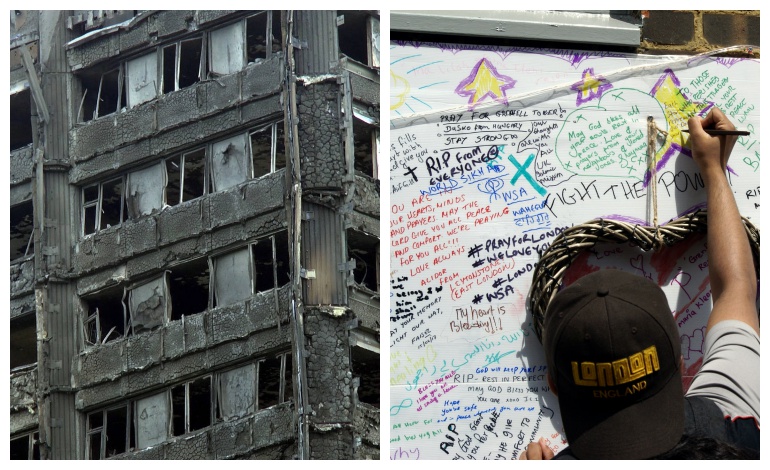 Two months after the the tragedy at Grenfell Tower, a paper trail has emerged that lays bare some of the economic decisions that, potentially, led to this disaster.

On 14 June 2017, the world watched in horror as Grenfell Tower in West London was engulfed in fire. At least 80 people died in the tragedy; the final death toll won’t be known until the end of 2017. A further 158 households are still homeless.

These are not just numbers: these are people.

The report, published by Inside Housing, brings together key documents that highlight decisions made about the refurbishment of Grenfell Tower:

What emerges are three clear strands: one, a council which had saving money at the absolute forefront of its mind when it considered and approved the refurbishment. Two, a council which had lost the trust of residents in the tower and was felt to be sweeping their concerns under the rug. And three, a council where a key fire safety review in 2010 did not result in improvements across the whole of its stock.

The full report and its linked documents make harrowing reading.

A clear narrative emerges from the report that ultimately comes down to numbers. The original budget for the renovation was £9.7m. Two ‘preferred’ contractors could not carry out the work for this amount. So the renovations were put out to tender:

Following this process, the decision was taken to appoint Rydon. Papers from 2014 say it had submitted ‘the most economically advantageous tender’… In short, the firm had agreed to do the works at a cost deemed too tight by two competitors.

There is no mention of fire safety in the consultation papers [PDF]. However, there is frequent reference to the “appearance” of the cladding: one of the key features of the renovation. But it is clear, throughout the consultation, that most residents approved the choice of fire resistant “composite zinc cladding with a mineral core”.

Although The Royal Borough of Kensington and Chelsea has one of the richest councils in the country, “thanks to stringent government rules on council borrowing” the refurbishment went “to the contractor which could do it at the cheapest price”.

There was a documented [pdf] push to ensure “value engineering” to secure the tender. At some point, this saved £293 000 on the cost of cladding.

Grenfell Tower is managed by Kensington and Chelsea Tennant Management Organisation (KCTMO). A statement on its website says:

KCTMO has been notified that it is now subject to the investigations regarding the possibility of corporate manslaughter … we will co-operate fully with all investigation processes as we have done up to now.

Where is the money?

It is not only cost cutting that adds to the scale of the Grenfell tragedy.

It’s recently emerged that only £2.8m [PDF] has been distributed to survivors. Which leaves the question, where is the rest of the £18.9m collected after the fire?

The government report outlining distribution of this money is chilling:

The amount offered to those who lost loved ones, or were injured is shocking enough. But survivors are unlikely to receive the “fresh start” element because so few have been “permanently rehoused”.

Theresa May promised that survivors would be rehoused within three weeks. But two months later, 158 families are still in temporary accommodation. The Grenfell tragedy also highlights the housing crisis in the UK.

In 2015, Who Owns England? and Private Eye produced an online map showing properties owned by offshore companies. They used this to explore links to: “…arms dealers, oligarchs, money launderers and others who use offshore companies”. This was followed by a report showing the number of empty homes in Kensington. Who Owns England? recently submitted a Freedom of Information request, which revealed that now: “… the number of empty homes in Kensington has risen to 1,857.”

There are more than enough empty homes for the survivors of Grenfell.

In fact, in the Sutton Estate in Chelsea there are currently 159 empty flats, which used to be social housing units. They could have re-housed displaced families from Grenfell Tower. But these flats have been deliberately vandalised by the owners, who want to knock them down to rebuild for profit.

The first findings outlining the direction of the public inquiry are in. Theresa May is yet to respond. However, clear warning has already been given to suggest that “inquiries are not independent”. And Grenfell residents have raised serious concerns about the way the inquiry has been handled so far.

So although no formal conclusions will be drawn ahead of the public inquiry, questions need to be asked.

Because, given the scale of this disaster, the numbers just don’t add up.