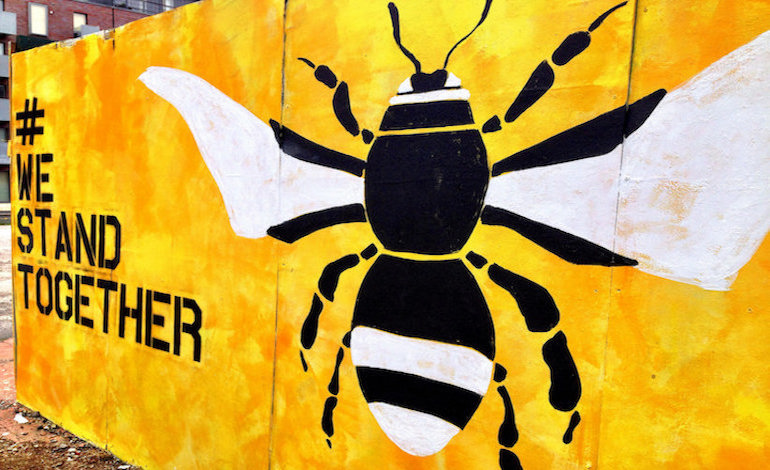 Hate crimes in the UK surged in the immediate days that followed a series of terrorist attacks in 2017. But with nearly 20,000 fewer officers since 2010, the police forces must respond with less resources at their disposal.

Following the Westminster, Manchester and London Bridge attacks, hate crime incidents totalling, respectively, 234, 273 and 319, were recorded in the immediate two days after. In comparison, there was an average daily number of 171 hate crimes reported in 2016.

The Manchester attack saw the biggest rise, with a 50% hate crime report increase in the week after, compared to the same period in 2016. There was no such rise following the Finsbury Park attack, in which a van was driven into Muslim worshippers.

Hate crime incidents have risen sharply in number after terrorist attacks in 2017. But it points to a wider trend of rising violent crime. In London, Metropolitan Police figures indicate that since 2016, gun crime has risen by 42%. Knife crime is up by 24%.

In spite of the rise in hate crimes, the Conservative government has no intention of increasing police numbers. In fact, the government has refused to rule out further police cuts. There is a mooted further reduction of 4,000 officers in London alone.

Home Office figures have shown a consistent annual reduction of 2.2% in police numbers across England and Wales. Currently, there is one police officer for every 460 people. Former police officers are increasingly calling the cuts a “crisis”.

The role of the UK press and Brexit

While austerity cuts spread police resources thinner and make it harder for officers to respond to incidents of hate crime, there are other likely contributing factors. Much of the UK press, from The Sun to The Star, from The Telegraph to The Mail, and The Spectator to The Express, has repeated an anti-immigrant, anti-foreigner, nationalist line.

Referring to such reporting, the EU recently condemned the UK press for using “offensive, discriminatory and provocative terminology”. It stated that it was “no coincidence” that hate crime increased after the Brexit referendum vote.

Since the Brexit vote result, hate and religious crimes have risen to the highest point across the UK since records began. The vote coupled with the sustained media attacks on Muslims, immigrants and ethnic groups combined to breed an increase in xenophobia, racism and intolerance across the country.

Restoring safety to the streets

The steady reduction in police resources since 2010 naturally raises questions of safety from crime and of national security, as well as the priorities of the Conservative government. Under the Tory government, army numbers have also fallen, from 102,000 to below 80,000 – the lowest number since the 1850s. RAF and Navy numbers have also been reduced.

A typical approach from the Conservatives is to repeat simple, vague mantras that don’t rely on hard, cold facts, such as “security first“. Yet the results of their actual policy in action underlines a different reality. Security is anything but “first” with the current government. Labour, in comparison, has pledged to create 10,000 more police jobs.

But another general election could be as far as away 2022. In the meantime, the Tories have five more years to inflict further cuts on the police. How many, or perhaps more appropriately, how few police will we have left to keep our streets safe from crime?