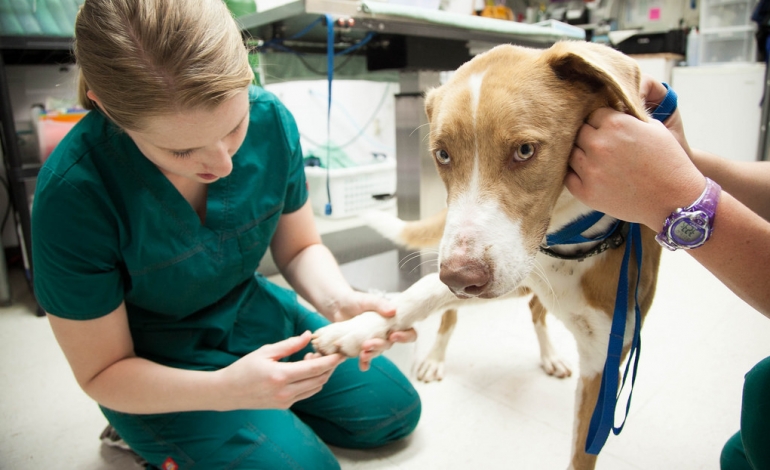 On 15 January, supporters and practitioners of homeopathy staged a protest against the Royal College of Veterinary Surgeons’ (RCVS) statement that there is no evidence to support its use. The protesters – made up of six veterinary surgeons and around 30-40 pet owners – say this is an attack on freedom of choice. But really, they don’t have a leg to stand on. It’s cruel to give animals homeopathic remedies instead of medicines that have actually been shown to help them. Homeopathy has absolutely no place in veterinary practice.

Science writer Ben Goldacre has tirelessly debunked homeopathy in his Guardian articles and books. He sums up homeopathy as follows:

Homeopathic remedies are made by taking an ingredient, such as arsenic, and diluting it down so far that there is not a single molecule left in the dose that you get. The ingredients are selected on the basis of like cures like, so that a substance that causes sweating at normal doses, for example, would be used to treat sweating.

Homeopathic remedies are essentially water. Yes, seeing a homeopath can make you feel better owing to the placebo effect. But when vets and pet owners solely rely on this form of treatment, they put animals at risk. While there is some evidence that animals can experience the placebo effect, this doesn’t change the fact that the placebo effect is unreliable and doesn’t work as well as conventional treatments.

Here’s what homeopathic vets say they can treat

Homeopathic vets claim that they can treat all sorts of conditions in animals using what is essentially water, including:

The RCVS has said nothing controversial

In its statement on complementary and alternative medicines, the RCVS said:

Homeopathy exists without a recognised body of evidence for its use. Furthermore, it is not based on sound scientific principles.

The British Association of Homeopathic Veterinary Surgeons (BAHVS) is demanding that the RCVS retracts the statement.

But there’s nothing controversial about it. Time and time again, scientific reviews find no evidence “that homeopathy works better than a placebo”.

The RCVS should be congratulated for promoting evidence-based medicine only. RCVS President Stephen May said the decision is based on the need to “protect animal welfare”. Animals are needlessly suffering and dying because of this quackery.

In order to truly protect animals – which must surely be the goal of veterinary medicine – the RCVS needs to do more than simply speak out against it. Indeed, on animal welfare grounds, banning RCVS members from prescribing their water remedies seems to be the only way forward.