Meet the 'devout Christians' who kept their 13 children 'chained in bed, starving' - Canary 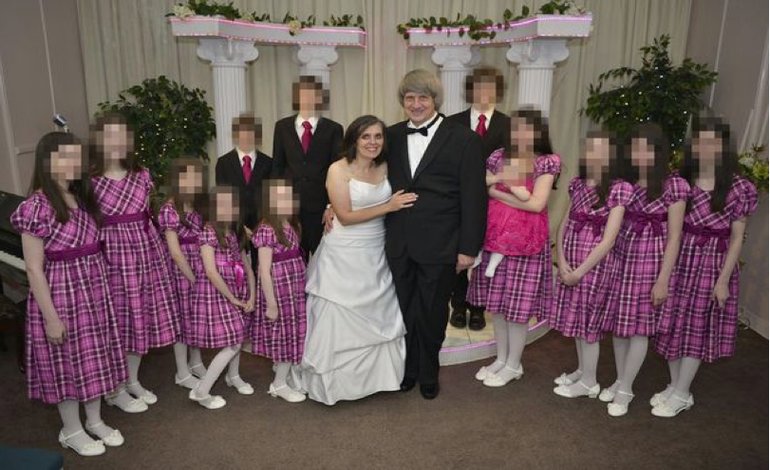 On Sunday 14 January, a “slightly emaciated” 17-year-old woman called the police. She claimed she and her 12 siblings were being held captive by their parents. When police arrived on the scene, they reportedly found some of her brothers and sisters chained to beds, starving.

David and Louise Turpin have enjoyed a 33-year marriage, saying their vows when Louise was just 16 years old. The ‘devout Christians’ made 13 children together and were considered a “highly respectable family”, according to David’s mother.

In 2011, David registered himself as principal of Sandcastle Day School, a private school at their home address. And David’s parents James and Betty Turpin told ABC News that the pair gave their children a “very strict home-schooling.”

With a Facebook feed full of trips to Disneyland and Las Vegas, the Turpins seemed like a happy family. A lawyer who represented the couple in bankruptcy proceedings in 2011 told The Los Angeles Times:

To me and my wife, Nancy, who was with me during the interviews, we always thought of them as very nice people who spoke highly of their children.

But the image was shattered on Sunday, when the family’s 17-year-old daughter escaped from a window. Taking a mobile phone with her, the girl called the police and accused her parents of imprisoning all 13 children. In a written statement, local police described what they found at the family home in Perris, California:

Further investigation revealed several children shackled to their beds with chains and padlocks in dark and foul-smelling surroundings, but the parents were unable to immediately provide a logical reason why their children were restrained in that manner.

The victims appeared to be malnourished and very dirty.

All 13 alleged victims were removed from the scene for medical care and interview. Meanwhile, police notified social services and arrested both parents.

Why did it take so long to discover the real Turpins? During their last visit to the family home four to five years ago, David’s parents noticed the children “looked thin” but “happy”. And David held down a senior engineering job, earning an annual salary of $140,000 by 2011.

But the family were spending around $1,000 a month more than David’s income, and filed for bankruptcy twice.

More locally, views on the family were split. Some neighbours said the Turpins looked to be “having fun like a regular family”, while others reported seeing the children digging through bins for food. One neighbour went so far as to refer to them as vampires, because “they only came out at night”. It is not yet known whether neighbours expressed these concerns to authorities before the arrests.

After an initial investigation, police took David and Louise Turpin to the Robert Presley Detention Center. They charged the pair with torture and child endangerment, setting bail at $9m each.

– If you suspect domestic abuse, neglect or violence, please call the police.