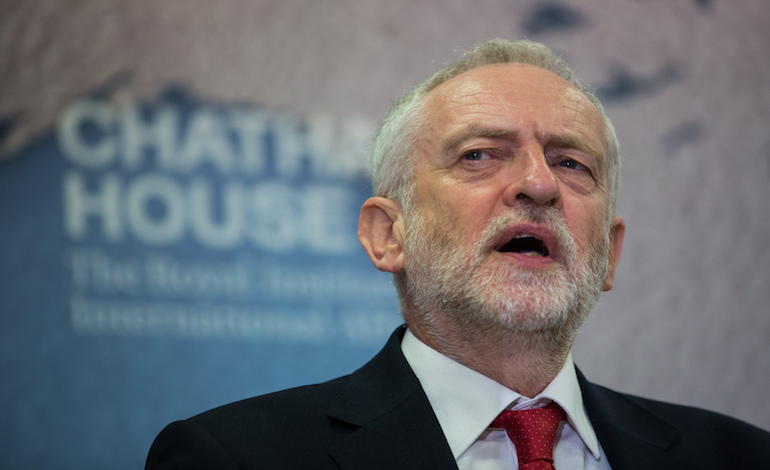 It appears that people in the Labour Party who are not fans of Jeremy Corbyn are at it again. But this time, their slurs seem increasingly desperate.

According to a “Labour frontbencher”, there are now concerns about Corbyn because of his age. But not his age now. The age he’ll be in 2027.

Too old for the job?

A leader standing at a general election has to commit to doing a full five years. Jeremy is in good shape, but by May 2027 he will be nearly 78.

And another frontbench MP told The Independent that:

But a tweet by Jeremy Corbyn for PM points out:

The Conservatives in crisis

Whether it is the collapse of Carillion, the crisis in the NHS, or Theresa May’s inability even to reshuffle her own cabinet – at every step the Conservative Party is imploding. And a recent study suggests that people are suffering and even dying because of its policies.

Meanwhile, Corbyn’s Labour Party, which proved its popularity in the 2017 election, has been working to show people there can be a real alternative.

After standing unsuccessfully for a seat on the National Executive Committee (NEC), Eddie Izzard called for unity in the party. Izzard, who was backed by the centre-left, has refused to join in any in-fighting. He stated:

I would urge the NEC and Jeremy and the Labour party to keep an eye on the prize, the election, let’s win it. We’re spending all our time fighting each other, that’s not a positive thing to do.

The rest of the party would do well to listen. Ageist smears about how old a politician will be in 2027 should have no place in any party. Now more than ever, the party needs to come together and fight the Conservatives. People’s lives depend on it.