C.R.A.P. is spreading round Cornwall. And it's actually brilliant. - The Canary 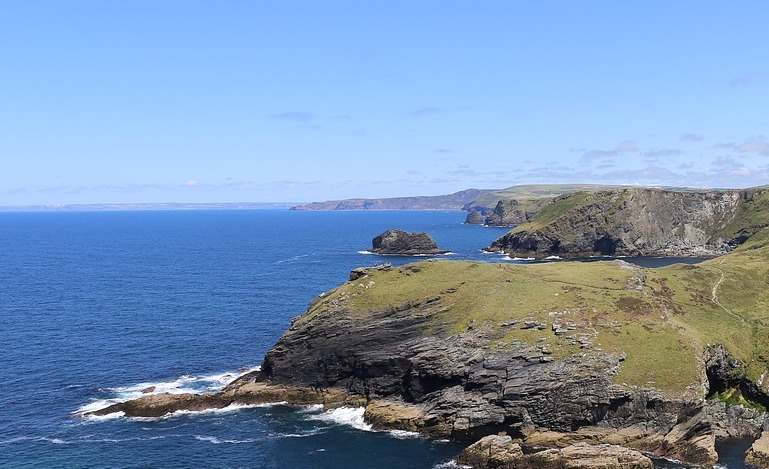 Over the past two years, people in Cornwall have been quietly sharing their ‘crap’. Nearly 3,500 people joined a Facebook site called C.R.A.P. which stands for: Conserving Resources Associating People. The site exists, for those affectionately known as ‘Crappers’, to share “the many things we hoard because they are useful… and shouldn’t be in a land fill”.

The UK faces a “disaster scenario” for disposing of waste because we are “running out of landfill”, so community initiatives like this are needed more than ever.

Daisy Parsons created the group in September 2015. She told The Canary:

I was inspired to set up the C.R.A.P. page after finishing a building project using reclaimed materials. It struck me how often useful materials are disposed of because it isn’t financially viable to re-distribute/re-purpose them.

The group, which started in the Falmouth and Penryn area, is based “on goodwill and sharing”. People offer items they no longer need, and can also ask for things. But everything is free. Because the page “is not about financial exchange, it’s about re-distributing things”.

As Parsons explained to The Canary:

I am lucky enough to know a great many resourceful folk who rarely throw away usable things… often keeping them because we know they could be useful and thus shouldn’t be in landfill but don’t necessarily have a use for them ourselves!

I’ve always been very anti-waste. And whilst I always used to leave the dump with something useful, now it seems that the main thing I walk away with is an intense feeling of grief. Grief that so many people seem unable to understand that we don’t live in a neverending bottomless pit which can just continue to absorb the discards from our consumerist ways.

In 2017, David Palmer-Jones, CEO of Suez (a recycling and waste management company) warned of an “impending crisis” in waste management. This, he said, “is caused by a combination of Brexit, a Chinese crackdown on importing recyclable material and the government’s failure to commit to clear policy”. Currently, large quantities of waste materials are shipped to Europe. But Brexit may change this. And we are running out of landfill sites in the UK.

Cornwall is the “second poorest region in the whole of northern Europe”, so C.R.A.P. has economic and environmental benefits. It has also created a true community spirit. Responses to people needing things are reassuringly warm and generous. This kindness between strangers keeps the site growing. And the C.R.A.P. ethos is spreading to other towns in Cornwall. As Parsons told The Canary:

Ultimately, the C.R.A.P. page has become a very easy to use forum for people to share; boats, tools, caravans, building materials, furniture, plants, camping equipment, collections for refugees, information/advice, and unwanted husbands (only joking!) have all been redistributed. And in the last couple of weeks, I’ve been asked by three individuals from local towns if they can set up their own local groups.

C.R.A.P. is a simple but powerful idea. One person’s rubbish can become another person’s treasure. Thousands of people are keeping items out of landfill. People who can’t afford a new kettle, blanket or cooker have been supported by their community. And ultimately, this is a heartwarming finger in the air to global consumerism. So get involved and start your own!

– Get ‘crapping’ and start a site for your community!