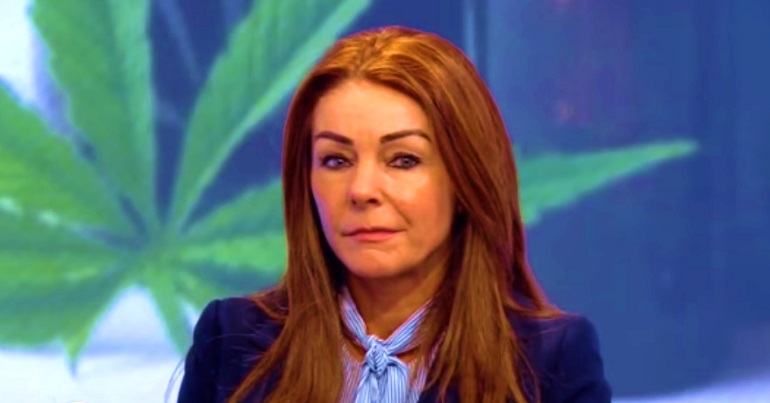 A mum just risked arrest to get her son the life-changing medicine he needs. This is because she was trying to get cannabis oil past UK customs officials.

Charlotte Caldwell flew to Canada to purchase cannabis oil for her son, who lives with a severe form of epilepsy. On Monday 11 June, she flew back into Heathrow Airport with the medicine, which (if it is a certain type) is classed as an illegal substance in the UK. Officials immediately seized it.

Her son is 11-year-old Billy Caldwell from County Tyrone, Northern Ireland. Billy lives with intractable and status epilepsy, which means that medication can’t control his seizures. Nor can he ‘come out’ of them when they happen; doctors have to medically induce him to recover. Billy’s epilepsy is caused by a lesion on his left temporal lobe, which is inoperable. He was having anything up to 100 seizures a day.

So in April 2017, his GP in Northern Ireland prescribed Billy medical cannabis oil; a first in the UK. The Times says [paywall] Billy’s GP, Dr Brendan O’Hare, gave him:

two unlicensed medicinal oils: cannabidiol, which is legal in the UK, and THCA, which is categorised as a class B drug [therefore, illegal].

Charlotte says the oil gradually reduced his seizures in length and quantity. But now, O’Hare claims [paywall] that the Home Office has written to him, warning him to stop prescribing the oil to Billy. He also claims [paywall] he was told by health officials in Northern Ireland not to prescribe the oil again.

The Home Office recognises that people with chronic pain and debilitating illnesses are looking to alleviate their symptoms. However, it is important that medicines are thoroughly tested to ensure they meet rigorous standards before being placed on the market, so that doctors and patients are assured of their efficacy, quality and safety.

Charlotte resorted to getting the cannabis oil herself. She told the Belfast Telegraph:

I shouldn’t have to break the law, but I would rather my son was illegally alive than legally dead.

If I don’t see to it that Billy has his medicine, I would be doing a disservice and would be party to assisting our government officials in signing his death warrant.

Medicinal cannabis has given me back my right as a mummy to hope, but most importantly it has given Billy back his right to life.

After arriving at Heathrow on Monday she met Home Office Minister Nick Hurd. She said she asked the MP for the medicines to be returned, but was refused.

I’m just going to turn around and go get some more; and keep doing so until the UK authorities see sense… This is the scenario that the phrase ‘no brainer’ was invented for.