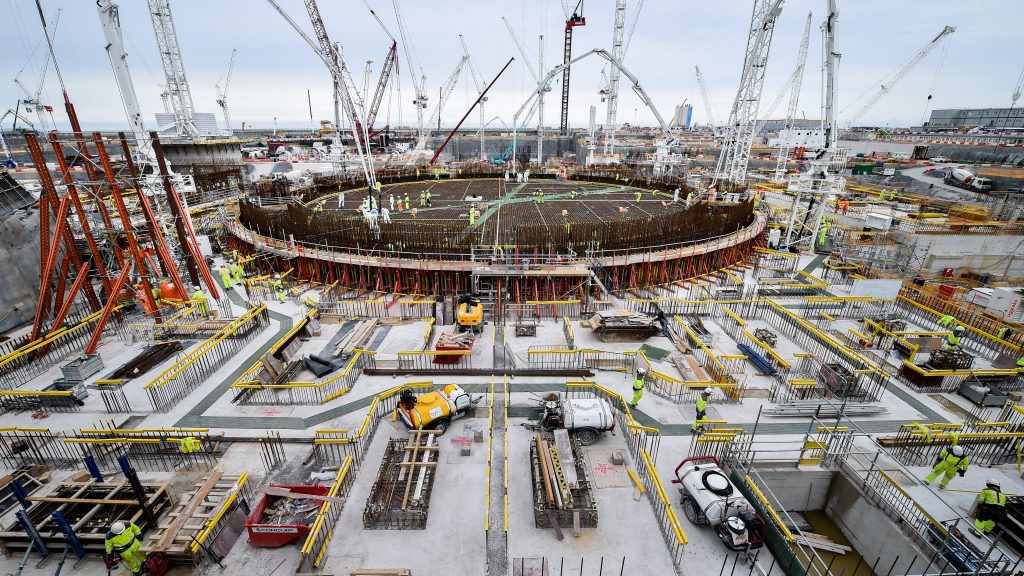 The cost of building the new nuclear power station at Hinkley is estimated to increase by between £1.9bn and £2.9bn.

French energy giant EDF said the plant in Somerset will now cost between £21.5bn and £22.5bn.

Action plan targets have been revised and extra costs are needed to implement the completed functional design, which has been adapted for a “first-of-a-kind application in the UK context”, said EDF.

The company said that under the terms of the so-called Contract for Difference, the increased costs will have no impact on UK consumers or taxpayers.

A statement said: “The management of the project remains mobilised to begin generating power from Unit 1 at the end of 2025.

“To achieve this, operational action plans overseen by the project management are being put in place. These involve the EDF Group’s engineering teams in Great Britain and France, buildings and ancillary works contractors, and suppliers of equipment and systems throughout the supply chain.”

Stuart Crooks, managing director of the Hinkley project, said in a message to workers: “We are delivering on our milestones and although the risk of a delay has increased, the schedule is unchanged and we remain focused on delivering the first power in 2025.

“We remain conscious of our responsibility to shareholders and consumers. As ever, I ask you to remain focused on safety, quality, time and cost as we build a power station whose value to future generations will be immense.

“Getting this far has cost more money than we anticipated. Our earthworks are complete, but challenging ground conditions meant we overspent to finish them on time.

“Throughout the challenging and transparent licensing process, we have made changes to the design to satisfy the exacting standards that the public would expect of a new nuclear power plant. Our regulation within the UK is recognised as strong and credible across the globe, so we can be satisfied that the plant we are building will deliver safe, reliable generation.

“Adapting the EPR design to UK conditions and regulations added costs which are now understood. For example, adding an extra layer of conventional instrumentation and control means we had to build larger spaces to house extra equipment, meaning new layouts and designs.

“Now that the detailed design implementation is more advanced and we have placed more of our contracts, we have a better appreciation of our future costs.”

Greenpeace UK chief scientist Dr Doug Parr said: “The new Hinkley nuclear plant looked like a bad idea when it was first proposed, and it’s got worse ever since.

“New offshore wind now costs less than half as much as Hinkley, and it might get even cheaper by the time the much-delayed reactors crank into action.

“It’s become overwhelmingly clear that a renewable energy system based on offshore wind and other renewables is the cheapest, fastest and most reliable way to cut carbon emissions. Ministers should heed the lesson from the Hinkley debacle and never make the same mistake again.”