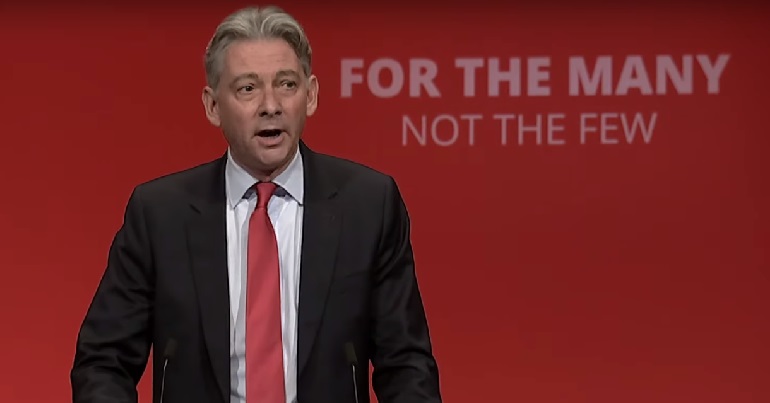 Richard Leonard, the leader of the Scottish Labour Party, used part of his conference speech on 23 September to call for the “abolition of the House of Lords”. This comes amid increasing pressure for the Labour Party to take an official stance in favour of democratisation.

It is not just more powers coming to Scotland that we need, it is a fundamental rebuilding of the broken British state that is required. So that is why we are proposing, at last, the abolition of the House of Lords. I believe that its replacement with an elected Senate of the nations and regions, built on a federal settlement, would begin the process of reshaping our whole political system.

A spokesperson for the Electoral Reform Society told The Canary:

This marks a real step forward in Labour’s thinking on the issue of Lords reform.

For too long the unelected and unaccountable Lords has been an embarrassment to our politics: a bloated private members club in drastic need of some democratic accountability.

A fairly-elected second chamber would transform the balance of power in Westminster. Elected by PR [proportional representation] and with representation from all nations and regions, it would be an example for the rest of our politics as how a modern, accountable chamber would look.

It’s time to replace this feudal relic. After this welcome commitment for change, we hope the whole party throws its weight behind this pledge to make Parliament fit for a modern democracy.

The position of Labour leadership, but not the party (yet)

As The Canary reported previously:

The House of Lords has long been a feature of British politics. But the person responsible for developing Labour’s constitutional policy has called for it to be scrapped. …

Labour’s 2017 election manifesto pledged to make some reforms to the House of Lords. But it stopped short of committing to abolishing the unelected house altogether.

Labour leader Jeremy Corbyn, however, has made his feelings clear in the past. As LabourList wrote in 2016, Corbyn “wants to abolish the House of Lords and replace it with an elected second chamber, and start “citizens’ assemblies” to help shape political accountability”.

How can we have a society where 92 of the people that govern this country in the House of Lords are based upon who Charles I or II slept with?

And as The Canary reported, McDonnell “wants to replace the current unelected House of Lords with a democratically elected senate to hold the Commons to account”.