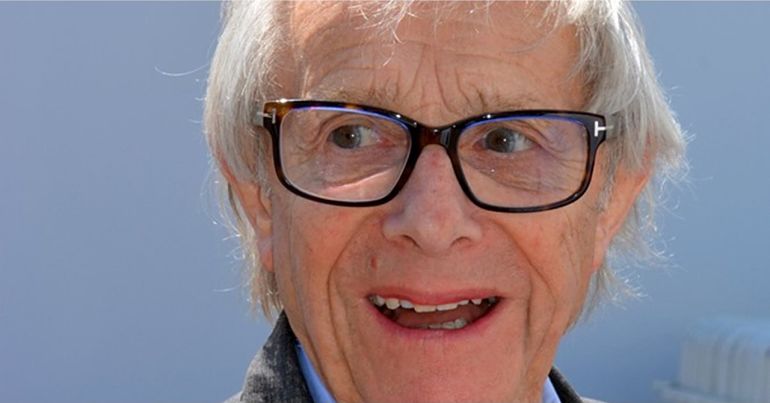 Award-winning director Ken Loach has nailed the “biggest threat” to a Corbyn-led Labour government amid a controversial move from the Labour leader to appease his critics.

Loach said Corbyn’s opponents within the Labour Party are letting their side down with their constant attempts to undermine him, stressing:

A broad church doesn’t work when the choir’s trying to stab the vicar in the back.

"A broad church does not work when the choir is trying to stab the vicar in the back"#TWT19 #Lab19 pic.twitter.com/ZB339AWeC3

KL – The right wing of the Labour Party is the biggest threat we face. These are the inheritors of Ramsay MacDonald, Neil Kinnock and Roy Hattersley, Blair and Brown. The right, embodied by Tom Watson, aims to destroy the socialist programme.

KL – In the party there is the leadership and a core of socialists backing it. Then you have a huge membership which is very supportive of and excited by the socialist programme. And in the middle you have this layer of right-wing MPs doing all they can to frustrate it.

KL – It’s not personal, it’s about the policies, but every time Jeremy makes a statement you see someone come out and say the opposite. It’s calculated. And the media love that disagreement. They offer the interview and the MP uses the platform to undermine the leadership.

The issue of antisemitism

KL – Where there is evidence of anti-semitism that has been properly scrutinised, that has been looked at in a proper, open hearing, if someone is found guilty, then appropriate sanctions should be taken,

KL – But this campaign has not been about that. We know from YouGov that Tory supporters are more likely to hold anti-semitic views than Labour supporters, but there is no mass demand for investigations into their party.

KL – We have to get better at dealing with the media. And the focus has to be our social programme. That we will restore public services, end outsourcing and privatisation, rescue huge areas of the country, whole communities, abandoned by Thatcher, Blair and Brown

These were important comments from Loach. But in a controversial move on 23 September, Corbyn responded to people who found offence in the following image:

I'm disgusted that this banner was displayed near our #Lab19 conference centre.

We asked the police to remove it and I'm glad they did.

This kind of antisemitic poison has no place whatsoever in our society.https://t.co/YvL3LloYC4

The veteran anti-racist was possibly trying to ensure that the focus at conference was on his bold left-wing policies rather than antisemitism allegations. But many people wondered exactly what the “antisemitic poison” was in the banner above. And that’s a fair question, which no media outlet covering the news seemed to answer convincingly. The cartoonist and progressive Jewish publisher of the image, meanwhile, also responded with confusion, saying:

No, Mr. @jeremycorbyn that banner was not disgusting.

-how the #Israel Lobby™ weaponize anti-Semitism to silence critics.

-how you bowed down to your detractors and ordered removal of a banner with a @Mondoweiss cartoon I made in defense of you!

At the same time, Mondoweiss vigorously opposes anti-Semitism and will call that out when we see it as well. There should be no place for racism and anti-Semitism in movements for social justice and liberation.

The charge of antisemitism has perhaps been the most hurtful smear campaign that Corbyn and his supporters have faced from their opponents, with critics trying to convince the UK that there is an ‘institutional antisemitism crisis’ in the Labour Party today. As Jewish professor David Graeber recently insisted, Corbyn’s foes are ‘weaponising’ antisemitism accusations in a way “so cynical and irresponsible that I genuinely believe it to be a form of antisemitism in itself”.

In reality, numerous reports and polls show that antisemitism exists across society; but that it’s most common among far-right groups. Antisemitism allegations in the Labour Party reportedly relate to 0.06% of the party’s 500,000+ members. In fact, if anything, it seems antisemitism among Labour supporters may have actually fallen under Corbyn’s leadership. The party has also taken consistently firm action against such racism in recent years. The following charts shared by Jewish Voice for Labour reflect this picture: 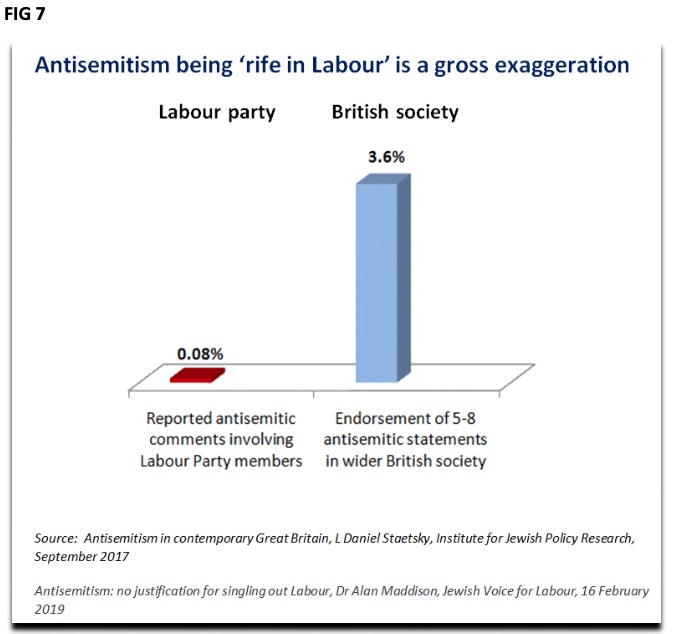 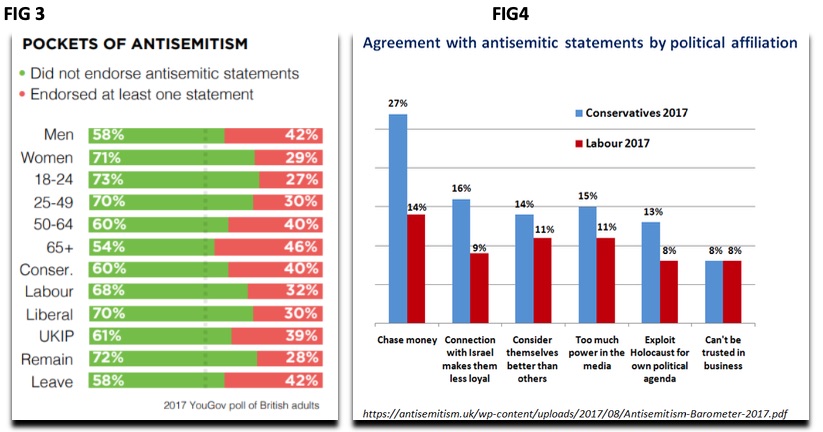 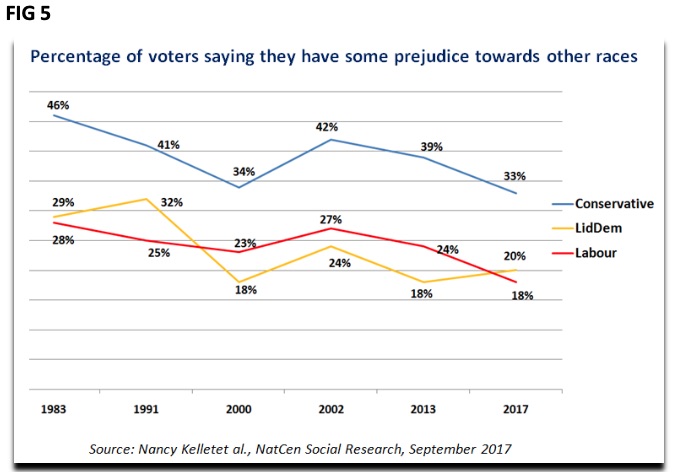 Capitulating helps no one

Many of Corbyn’s opponents on the Labour right, however, have pushed and continue to push the idea of a crisis in the organisation. And mainstream media outlets have helped by putting out “misleading”, ‘distorted’, and “inaccurate” coverage exaggerating the scale of allegations.

Now, it seems Corbyn is doing his best to appease his foes. But the Labour right won’t stop until Corbyn is no longer the party’s leader, because they hate his progressive politics and hate him sticking up for Palestine and criticising Israel. That’s why, as renowned Jewish scholar Norman Finkelstein recently told The Canary, Corbyn’s attempt to appease them by playing along with their dangerous game is a “fatal mistake”.

The above cartoon from Carlos Latuff slams the weaponisation of antisemitism allegations to silence critics of Israeli crimes (like Corbyn). It’s not saying there is absolutely no genuine antisemitism in Labour; it’s simply highlighting that Corbyn’s foes are using allegations as a political football to attack him.

Apologists for Israel’s hard-right government like to suggest that it’s always antisemitic to use the Star of David to allude to the Israeli state. But as Latuff previously stated:

it’s not my fault if Israel chose sacred religious motifs as national symbols, such as the Knesset Menorah or the Star of David = in killing-machines like F-16 jets. I can’t be blamed for making an Israeli bomb-dropping warbird adorned with a religious symbol, because that’s the way Israeli air force planes are.

My cartoons have no focus on the Jews or on Judaism.

And amid the current controversy, he poignantly tweeted:

– "Drawing soldiers with the Star of David on them is anti-Semitic".

– "Drawing a tank with the Star of David on it is anti-Semitic".

– "Drawing a warplane with the Star of David on it is anti-Semitic".

Be progressive. Don’t be afraid to call out the smears.

Like others on the global right, Boris Johnson and the Conservatives have long been cosying up to Israel’s racist, criminal government:

Meanwhile, Labour is standing up against the brutal Israeli occupation of Palestine – and alongside refugees – like never before:

Award-winning Israeli journalist Gideon Levy, however, has stressed that Corbyn is facing a “systematic campaign” against him for ‘daring to criticise Israel‘. And it looks like this campaign is taking its toll. Because Corbyn’s right-wing opponents have apparently pushed him into crying wolf when looking at a sheep.

We desperately need a Corbyn-led government. But as Loach says, “the right wing of the Labour Party is the biggest threat we face”. And Corbyn can’t resist their attacks alone. That’s why all progressives need to stand up, call out the smears, and fight tooth and nail for radical transformation. Because without us, that simply won’t happen.