Pranks, laughter and sex yetis: how Brits are coping with a government in meltdown - Canary 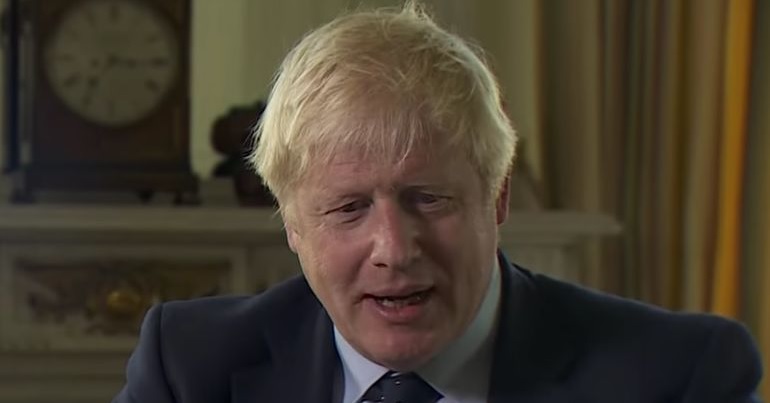 The UK is having a pretty tumultuous time right now. The UK’s supreme court has ruled that Boris Johnson’s prorogation of parliament was unlawful. Now, parliament has returned; and the government is getting an earful from its opposite numbers.

Frankly, things are a mess. Whether we’ll be in or out of the EU come 31 October is anyone’s guess. And indeed, whether Johnson will still be PM by then is too. But Brits have found a way to deal with the chaos. They’ve turned to their old trusted friend, laughter. It is, after all, the best medicine.

Kicked some sense out of me

One prankster, for example, decided to have some fun with Nigel Farage. Calling into the Brexit Party leader’s radio show, ‘Mark from Northampton’ “pranked him good” with his hilarious tale of conversion from pro-EU to anti-EU:

I called @Nigel_Farage and pranked him good with a joke I borrowed from @theCJS. pic.twitter.com/t1nOBKY87h

To be clear, there’s nothing wrong with taking an anti-EU stance; that’s anyone’s prerogative. But ‘Mark’ specifically said to Farage that:

I’m immensely grateful to you for everything you’ve done in British politics over the last few years.

He then joked that it was being “kicked in the head by a horse” that converted him to that way of thinking. And arguably, that’s what it would take for many people to feel that way.

The prime minister is a born winner.

Even the right-wing host burst out laughing, exclaiming “what the hell?”. Ferrari wasn’t the only one taken aback either:

#Farage has Micheal Gove been kicked in the head by a horse!

The prize goes to…

Beyond a shadow of a doubt, though, the real winner in this absolute mess was Frankie Boyle. Because he tweeted the most fantastically creative insult-ridden response of all:

Stunned that this confused sex Yeti and this startled testicle could have failed so badly. Now understand that when Cummings implied he wanted to emulate Bismarck he meant the ship. pic.twitter.com/19RJ5FjKnM

Yes, startled testicles and sinking ships. That about sums up where the UK is at.