Ahead of elections, Israeli PM accused of 'stoking racism' and 'killing all hopes of a two-state solution' - Canary 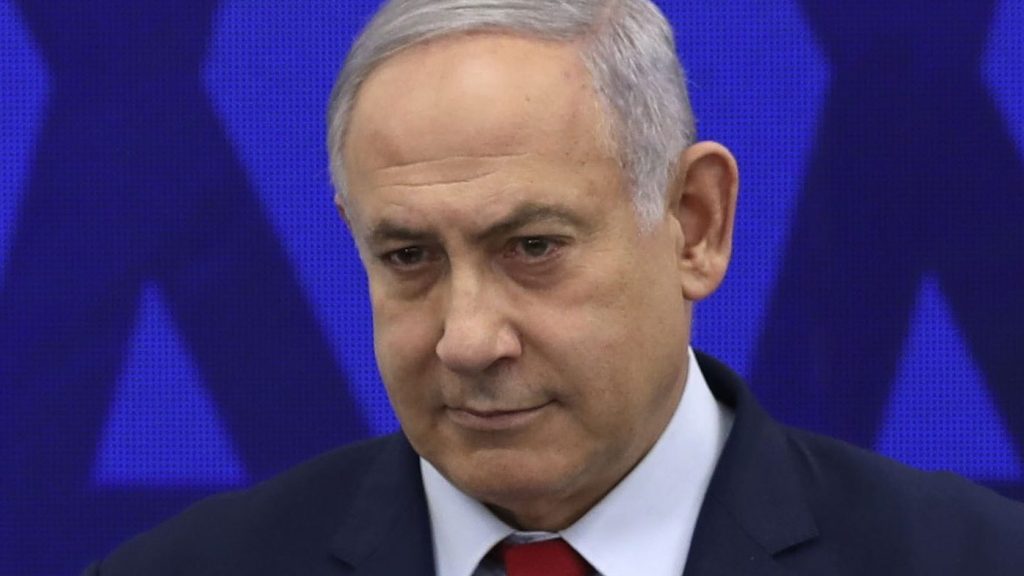 Israeli prime minister Benjamin Netanyahu has vowed to annex illegal Jewish settlements in the occupied West Bank if he is re-elected next week. He has also faced accusations of “stoking racism against Arabs” ahead of the election.

‘Killing all hopes of a two-state solution’

Netanyahu’s behaviour has sparked criticism around the world, with many highlighting that it “would violate international law” and effectively ‘end hopes of a two-state solution’ in Israel and occupied Palestine:

Netanyahu can’t just decide to make a third of the West Bank part of Israel.

It would be an illegal act, deny the Palestinian people the right to self-determination and be a dangerous threat to the chance of peace and security for both peoples.

We now have total chaos in White House foreign policy and Netanyahu using the opportunity to try and kill all hopes of a two-state solution in the Middle East. When will our govt and the rest of the world wake up and take a lead? If the US won't, we must.

This is the nail in the coffin to a two-state solution or any peace deal.

Anyone who does not condemn this or take action to prevent it cannot credibly say they support a two-state solution.

But more importantly, it's not yours and annexing it is in violation of international law. https://t.co/y4N56krhby

Netanyahu's map shows the intention to make Palestinian Jericho a new Gaza, another open air prison Israel can lock down as it pleases. https://t.co/tv2QfPQgBI

Campaign group Jewish Voice for Peace (JVP), meanwhile, highlighted how Netanyahu’s move comes as no surprise – especially considering that he has the support of US president Donald Trump:

Six weeks ago, bulldozers went into East Jerusalem and destroyed more homes in a single day than since the beginning of the 1967 occupation. "Fifty years later, Netanyahu is pledging annexation of this Palestinian land in a shameless bid at re-election." https://t.co/NROVlSrJvT

This is where our $3.8 billion in military funding goes. To illegally annexing Palestinian land and oppressing Palestinians. https://t.co/G3kZh9RPF1

“This is no time for Congress to remain silent. Our elected officials must stand up to Trump’s empowerment of racism and authoritarianism in Israel – because it’s never been clearer that the greatest obstacle to peace in the Middle East is Israel.”

"This project is not exclusive to Netanyahu. All across the Israeli political spectrum, from Labour to the right-wing Likud party, Israelis have favoured the annexation of the West Bank." https://t.co/7eNDujBNxy

Netanyahu has also begun to target Arab people inside and outside Israel as part of his re-election campaign:

Netanyahu has historically had huge success by stoking racism against Arabs and using fear-mongering ahead of elections, and this time around is no different. His new message to Israeli voters: "Arabs want to annihilate us all – women, children and men" https://t.co/tkDRJ2i5E1

Adalah files incitement complaint on behalf of Arab Joint List after Netanyahu says in digital campaigns message that “the Arabs want to destroy us” https://t.co/d6LYZbIzSz

Netanyahu will do anything to stay in power…no racism, no fear provocation, no promise even when it spits in the eye of peace is off limits for him…. https://t.co/QC801rQIY7

This tactic is in keeping with his previous campaigns:

A reminder from the Israeli election in March 2015 that Netanyahu used racism to get the vote out: 'Arab voters are heading to the polling stations in droves' https://t.co/xE3ni4XLV4

The move to annex large parts of the occupied West Bank seeks to entrench the de facto sovereignty Israel is exercising over the 2.8 million Palestinians who live in the West Bank under Israeli military control which denies them basic human rights. None of these Palestinians have voting rights in the Israeli elections; nor do the millions of Palestinians refugees who have been forcibly expelled from their homes since 1948.

It continued by stressing that:

This proposed move follows a series of acts by the Netanyahu government that has attacked the collective rights of the Palestinian people; whether those living under military occupation or as citizens of the state of Israel.

Earlier this year, when Netanyahu ran for re-election and subsequently failed to form a government in the Knesset, he publicly reasserted his belief that that Israel “is not a state of all its citizens.” Whilst Palestinian citizens of Israel are allowed to vote in the upcoming elections, the “Nation State Law” passed in 2018 in Israel enshrines discrimination against them into the constitution. Since 1948, Israel has passed over 60 laws which discriminate against Palestinian citizens of Israel in housing, welfare provision, education, public works and building permission.

the global community has an obligation to hold Israel to account for these crimes.

“He is confident that it will win him votes”

This pledge is not only a stark reminder of the Israeli government’s staunch commitment to stripping Palestinians of their rights and their homeland, but it also highlights that the fundamental issues with the Israeli state run far deeper than one politician or government. Netanyahu is making this pledge because he is confident that it will win him votes at next week’s elections. There is no meaningful pressure for change coming from within Israel, and so pressure needs to be exerted externally.

He further argued that:

It is incumbent upon the UK government, which continues to repeat the mantra of its support for a two-state solution, to accept the reality that these steps remove the possibility of a Palestinian state. Actions not words are required – PSC reaffirms its call for an immediate ban on the import of settlement goods and an end to the arms trade with Israel, and calls upon UK civil society to continue applying pressure on all companies complicit in Israel’s human rights abuses.

Arab League foreign ministers, meanwhile, called Netanyahu’s annexation plan “a dangerous development and a new Israeli aggression by declaring the intention to violate the international law”. It said his behaviour was “undermining the chances of any progress in the peace process and will torpedo all its foundations”. Saudi Arabia, which has grown closer and closer to Israel in recent years, said Netanyahu’s vow a “very dangerous escalation”.

Ayman Odeh, the leader of an alliance of Arab parties in Israel, called Netanyahu’s statement “not just election spin” but “a vision of apartheid”.

In a speech on Israeli TV, Netanyahu said “I am waiting to do this in maximum coordination with [Donald] Trump”. A White House official told the Guardian that US policy had not changed and that they “would not comment further”.