On the anniversary of 9/11, let's remember that conspiracy theories are counterproductive - Canary 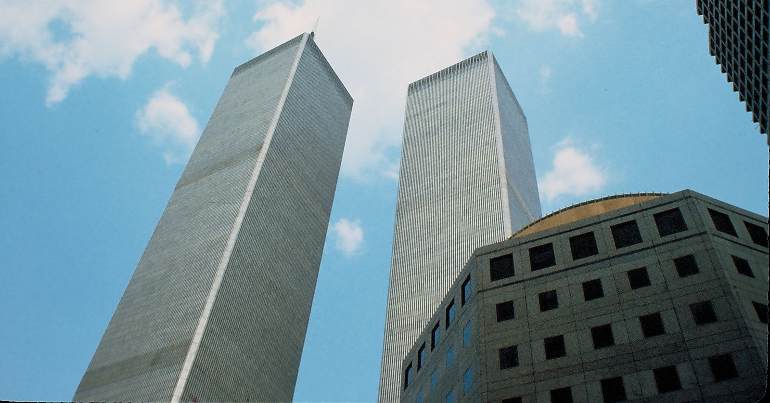 23 comments
Support us and go ad-free

Wednesday September 11, 2019 marks the 18th anniversary of the attacks on the World Trade Center ‘Twin Towers’ in New York and the Pentagon in Washington, DC. In the 18 years that have passed since that day in 2001, countless conspiracy theories have arisen that reject the mainstream account of what happened and who was responsible. Some of the conspiracies come from the lunatic right such as the notorious Alex Jones of InfoWars. But others appear to come from the left. As anti-imperialists, it can indeed be tempting to believe that the US government and foreign policy establishment conspired to create a justification for intervention in the Middle East. But the reality is that such theories are not only far-fetched but also harmful to the cause of opposing needless war.

The story of what has come to be known as the ‘9/11 Truth movement’ now has a history spanning almost two decades. Practically as soon as the dust had settled over Lower Manhattan, people began questioning what ‘9/11 Truthers’ call the ‘official account’. About a year after the attacks, street rallies proclaiming that “Bush Did It!” were held in California. Soon, a steady stream of books followed, such as Barrie Zwicker’s Towers of Deception, Michael Ruppert’s Crossing the Rubicon, and Mathias Bröckers’ Conspiracies, Conspiracy Theories and the Secrets of 9/11. The internet, meanwhile, has provided a Petri dish in which followers of 9/11 Truther theories can reinforce their mutual belief that the attacks were an ‘inside job’.

Although – as with all conspiracies – there are various different versions that their purveyors don’t entirely agree upon, the most common 9/11 conspiracy theories make a combination of the following claims:

Claims one and two have been extensively studied and thoroughly debunked by the overwhelming majority of experts in the relevant fields. Leaving aside the official 9/11 Commission report – which conspiracy theorists will always naturally dismiss as a US government whitewash/cover-up – subsequent independent studies have confirmed the mainstream account and rejected the claims of the Truther movement. Examples include an extensive report by the magazine Popular Mechanics, which was subsequently turned into a book Debunking 9/11 Myths.

Not just wrong but damaging

Claim three, on the other hand, is naturally more difficult to disprove. The US government has indeed been responsible for some horrendous atrocities throughout the 20th century and has continued to commit more this century. And the administration of George W. Bush did indeed seek a bogus justification for invading Iraq. But as every aficionado of whodunnits knows, that someone has a motive for a crime does not by itself constitute proof they committed it.

But there’s a deeper problem with 9/11 conspiracy theories beyond the merely academic. They divert precious attention and investigative resources away from actual crimes and injustices of US imperialism. They furthermore provide a useful tool for supporters of imperialism and war to paint those who oppose it as deluded crackpots. As Noam Chomsky puts it:

One of the major consequences of the 9/11 movement has been to draw enormous amounts of energy and effort away from activism directed to real and ongoing crimes of state, and their institutional background, crimes that are far more serious than blowing up the WTC would be, if there were any credibility to that thesis. That is, I suspect, why the 9/11 movement is treated far more tolerantly by centers of power than is the norm for serious critical and activist work.

We should heed Chomsky’s words. With many wars still raging and new ones seemingly on the precipice, there isn’t enough time to waste on implausible conspiracy theories peddled by a rag-tag of fringe fantasists.