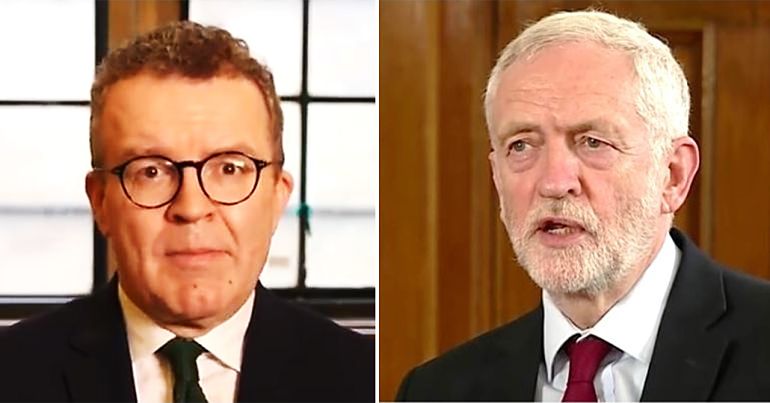 Labour deputy leader Tom Watson has failed in his attempts to push the party to exclude certain members automatically. And the organisation’s National Executive Committee (NEC) has instead backed proposals from leader Jeremy Corbyn.

“Deeply disturbing” motion collapses due to lack of support

Watson recently proposed the automatic exclusion of party members if there was “irrefutable evidence” of discrimination. This came amid a new wave of attacks against Corbyn’s leadership, and some criticised the proposal as “opportunistic, anti-democratic, & deeply disturbing”.

LabourList reported on 23 July that Watson had withdrawn the motion, which would also have “committed to bringing forward rule changes at this year’s conference that established an independent process“. The motion reportedly collapsed because “there was not enough support for its proposals among NEC members”. As one Labour source stressed: “No other political party or trade union has outsourced its complaints process.”

The NEC endorsed Jeremy Corbyn’s proposal to reform our procedures to allow fast-track expulsions in the most serious cases. This proposal will be further developed so that the NEC can finalise the details of a rule change that is fair and legally robust, ahead of conference.

According to LabourList, Watson “left the NEC meeting early, before delivering his deputy leader’s report”. One NEC member said he “left despite [general secretary] Jennie [Formby] being unwell and tired and doing her report”. Another NEC source, however, claimed it was “normal” for MPs to leave early to “get back to parliament”.

Watson in the spotlight

On 11 July, Watson faced criticism from many Labour colleagues after publicly attacking Formby over Labour’s processing of antisemitism allegations. As one NEC member said, he targeted her “despite [his] clear knowledge she is receiving chemotherapy treatment for cancer”. As they stressed, “this is not behaviour befitting of the Office of Deputy Leader”.

Formby, meanwhile, responded to Watson by insisting that:

Antisemitism-related cases that have been taken through the stages of our disciplinary procedures since September 2015 relate to roughly 0.06% of the Party’s average membership during this time. Since I started as General Secretary, the speed of processing of antisemitism cases has increased by more than four-fold.

By choosing to ignore the steps taken by this party…, you are complicit in creating a perception that antisemitism is more prevalent in the Labour Party than wider society. This is deeply irresponsible

Numerous reports and polls show that antisemitism exists across society; but it’s most common among far-right groups. Mainstream media outlets, however, have faced accusations of “misleading”, ‘distorted’, and “inaccurate” coverage which exaggerates the scale of antisemitism allegations in the Labour Party.

A Labour spokesperson said after the NEC meeting:

antisemitism complaints relate to a small minority of members, but one antisemite is one too many. The party is taking decisive and robust action against antisemitism

Formby, meanwhile, reportedly “committed to regularly publishing statistics” on 22 July. This came a day after Corbyn had launched “education materials” to give “Labour members and supporters… some basic tools to understand antisemitism so that we can defeat it”.