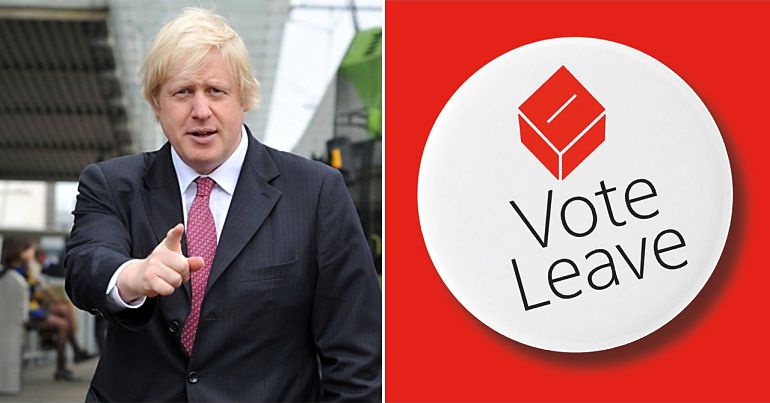 Boris Johnson is now leader of the Conservative Party and on 24 July officially became the UK’s new prime minister. Before confirming his cabinet appointments, Johnson’s gave key roles to many high profile names from the Brexit Vote Leave campaign.

In 2018, the Electoral Commission fined Vote Leave £61,000 and reported it to the police for criminal investigation.

So to be clear, there is a Vote Leave takeover of Downing St and the government: former campaign director Cummings as Johnson’s de facto chief executive, Lee Cain as director of Comms, Rob Oxley as press secretary and Oliver Lewis as a Brexit policy adviser. They gave the UK…

Johnson appointed Dominic Cummings, former head of Vote Leave, as a senior adviser. In March, Cummings refused to appear before the digital, culture, media and sport (DCMS) committee. It was investigating fake news stories during the Brexit campaign. He was found in contempt of parliament.

As proof that Johnson is placing serious trust in Cummings is that so many of Cummings’s Vote Leave team are moving in to Downing Street – Lee Cain as director of communications, Rob Oxley as press secretary and Oliver Lewis as a Brexit policy adviser.

Even the BBC‘s Laura Kuenssberg acknowledged this “highly controversial” appointment:

One big appointment coming today – Dominic Cummings expected to be senior advisor to the new PM – Vote Leave chief moving into govt – huge brain and experienced in govt, and will be applauded by Brexiteers – highly controversial too

[He] is like political special forces. If you don’t care about what collateral damage you sustain, he’s your weapon of choice.

Boris Johnson has appointed Dominic Cummings as an advisor. For those who missed it – was easy to miss – Cummings ran a Vote Leave campaign w/Boris J that broke electoral law and was found in contempt of parliament for failing to address inquiry. https://t.co/2nlG1dEwqJ

That’s Dom Cummings who was found to be in contempt of parliament. This is extraordinary.

It’s revealing. For example, Cummings had “some choice words about David Davis” the former Brexit secretary:

He also showed an incredible disregard for democracy. In 2018, the High Court dismissed a challenge “to annul” the EU referendum result because of “‘corrupt and illegal practices’ by Vote Leave campaign”. Cummings said: 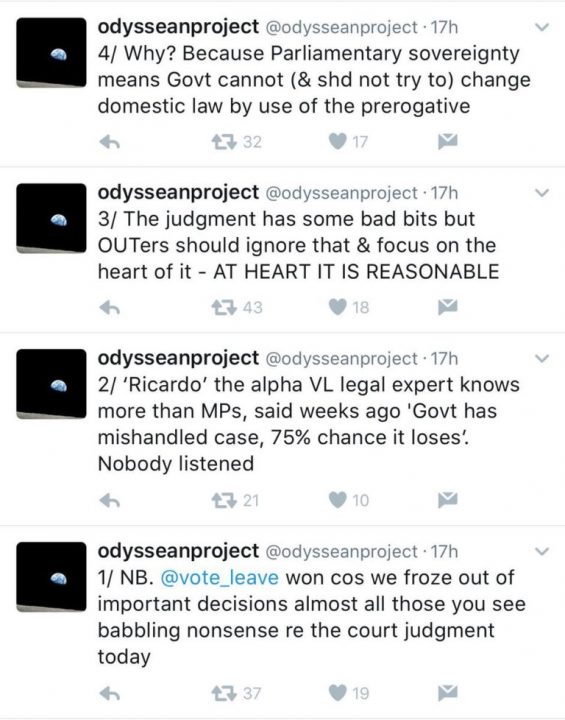 In 2014, an article on Conservative Home warned that “you underestimate [Cummings] at your peril”. It also called him “ruthless” and continued:

Cummings is more dangerous than that. He is an idealist… He takes a dim view of how decisions are taken in government, and believes this can be improved.

At the time, Cummings worked with Michael Gove at the Department for Education. Whilst there, he “helped to drive” the highly controversial “reform of exams and the curriculum; the free schools programme; and the expansion of academies”.

A senior figure at a broadsheet described to me Cummings setting out his detailed plan to win the referendum to the editorial staff. They listened in increasingly disbelief. Eventually one said: "what, you're just going to lie your way to success?"

Dominic Cummins, the guy guilty of contempt of parliament, the guy behind the illegal activities of Vote Leave and general all round scumbag who doesn’t care that MPs are murdered in the street.

Rewarded with a top job.

Presumably for covering their tracks?

Johnson's no progressive reformer if he's taking into No 10 a Dominic Cummings found in contempt of Parliament, who orchestrated the £350m bus lie and helped pee off so many parents and teachers that Cameron had to boot Gove out of education

“Accuracy is for snake-oil pussies”
These are the kind of people who are taking over Downing Street and Whitehall today. The realization of a slow-moving coup e’etat that began with the 2016 referendum. https://t.co/IvvDwRRyiK

As the Guardian noted:

Gove and Johnson played key roles in Vote Leave, Gove as co-convener and Johnson as a figurehead for the official Brexit campaign. A series of other senior government or Tory figures also sat on its committee, including Liam Fox, Iain Duncan Smith, former Brexit secretary Dominic Raab and the former international development secretary Priti Patel.

And the Vote Leave ‘takeover’ also looks certain in both Johnson’s key staff and cabinet appointments:

Others, meanwhile, noted that these appointments may also signal an early general election:

Get Ready for an early election people

Our worst fears about Johnson’s premiership are coming true. There now seems little chance that our country will be governed fairly, with accountability or much honesty. So standing strong and fighting back with truth is all we can do now.