Here it is. Our worst fears confirmed. - Canary Workers’ Co-op 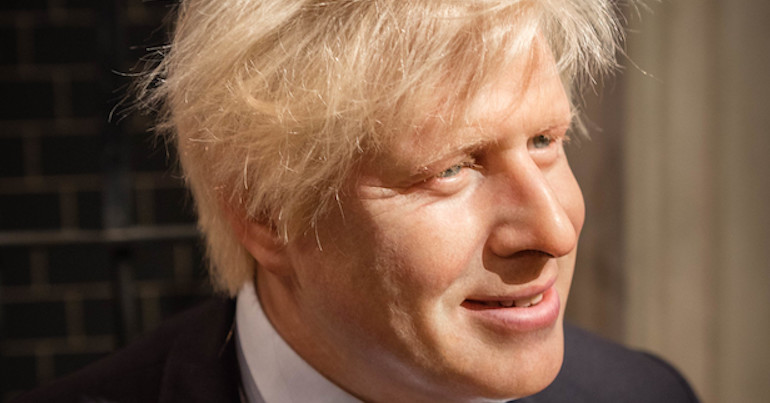 Boris Johnson is the UK’s next prime minister. Our worst fears are now confirmed. And as if that isn’t bad enough, Johnson’s new cabinet looks set to seal the doom.

It looks like Johnson will announce his new cabinet line-up on 24 July. It’s not finalised, but things don’t look good. As the Independent noted:

The Boris Cabinet will be a Brexit cabinet – but also a Thatcherite and particularly virulent one.

Arch Brexiteer and fellow Etonian Jacob Rees-Mogg has already said he’d “do anything I could” to help Johnson. Old school-tie networks are tough to break and it seems Rees-Mogg is tipped as new chief secretary to the Treasury:

Interesting that @thetimes today tips ⁦@Jacob_Rees_Mogg⁩ as chief secretary to the Treasury. I’d heard similar earlier this week when I wrote about Johnson’s fantasy cabinet. ERG see Treasury as the ‘beating heart of remain’ in need of a shake-up https://t.co/QIqzbMGjyZ

But the horrors don’t stop there.

The stuff of nightmares

It seems Johnson may offer cabinet positions to other familiar and chilling names:

I don't want to make your Sunday afternoon pint go flat, but by Wednesday night we could have Dominic Raab, Priti Patel, Iain Duncan Smith, Jacob Rees-Mogg, Nadine Dorries, Esther McVey in the British Cabinet, a Cabinet of hard right vampires with Count Johnson at the helm #GTTO

Former defence secretary Michael Fallon is also tipped for cabinet. Fallon admitted he repeatedly touched the knee of journalist Julia Hartley-Brewer at a dinner 17 years ago. It was later alleged he made ‘lewd comments’ to leader of the House of Commons Andrea Leadsom. As The Canary reported in 2017, Fallon also asked MPs to cut out criticism of Saudi Arabia in order to ‘help’ secure an arms deal with the country.

Given Iain Duncan Smith acted as Johnson’s campaign manager, he may well be rewarded with a cabinet position too. As former work and pensions secretary, his key legacy was introducing Universal Credit. While at the Department for Work and Pensions (DWP), Duncan Smith pushed ahead with the controversial benefit despite clear warnings from his key advisors. From a damning National Audit Office report, to its links with increased food-bank use and rent arrears, the benefit caused, and causes, difficulty for millions of people. And if, as speculated, he’s joined by Esther McVey, then the stage is set for a full line up of these architects of death.

It’s widely rumoured that Johnson will promote disgraced former cabinet member Priti Patel to home secretary. In 2017, Patel resigned as international development secretary after initially omitting to tell Theresa May that she’d met high ranking Israeli officials, including Israel’s prime minister, when she was on holiday in the country. Patel falsely suggested the Foreign Office knew about the meetings in advance. And she also failed to include two further meetings when she did finally come clean. In 2011, Patel was widely condemned for supporting the death penalty. She’s reportedly since changed her mind. But her track record doesn’t bode well:

Priti Patel is tipped for Home Secretary.
Patel caused outrage when she said that the risk of food shortages in Ireland in the event of a No Deal Brexit should be "pressed home during the negotiations". https://t.co/is8sl2jcfB

“The UK is fucked”

In short, as one Twitter user put it, “the UK is fucked”:

We're on the cusp of Patel as Home Secretary, Gove as NI Secretary of State, Davis and IDS back in cabinet and Fallon. Like you have Thatcherites and Britannia Unleashed followers in this potential cabinet.

I'll say it louder for those at the back….the UK is fucked

The best news so far is that it’s predicted Johnson could become the UK’s shortest-serving PM in history. So all we can do is refuse to let the centrists and establishment media destroy the possibility of Jeremy Corbyn as prime minister. And let’s take to the streets to make sure that Johnson and the Tories are out, as soon as possible.