One image just annihilated the DWP's most controversial benefit - The Canary

The Department for Work and Pensions (DWP) has seen one of its most controversial policies torn to bits in just one graphic.

The DWP: under fire again

Halton Housing is a housing association in the North West. It operates around 7,000 homes, many of which are for social rent. But on Monday 28 August, its chief executive Nick Atkin took to Twitter. He showed some startling facts about the impact the DWP’s flagship benefit, Universal Credit, is having on his tenants:

Want to know the real impact of #UniversalCredit 2+ years on? Here’s the latest @HaltonHousing summary and keys asks pic.twitter.com/qz0JKsBgxK

Its summary showed that:

It summed up by saying that Universal Credit: 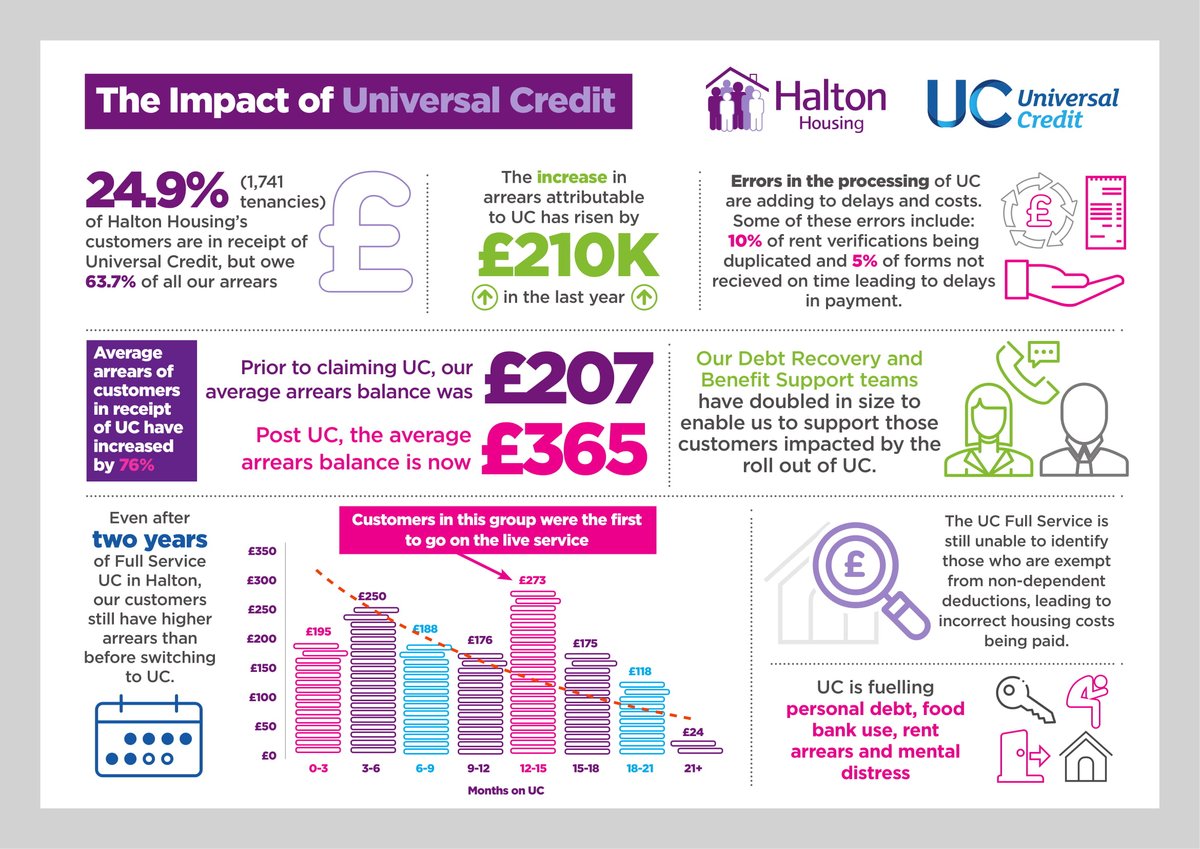 The Canary asked the DWP for comment; it had not responded at the time of publication.

Universal Credit: under the microscope

This is not the first time Halton Housing has hit out at the DWP and Universal Credit. In February it produced a similar fact sheet to the one above. And it was just as damning: 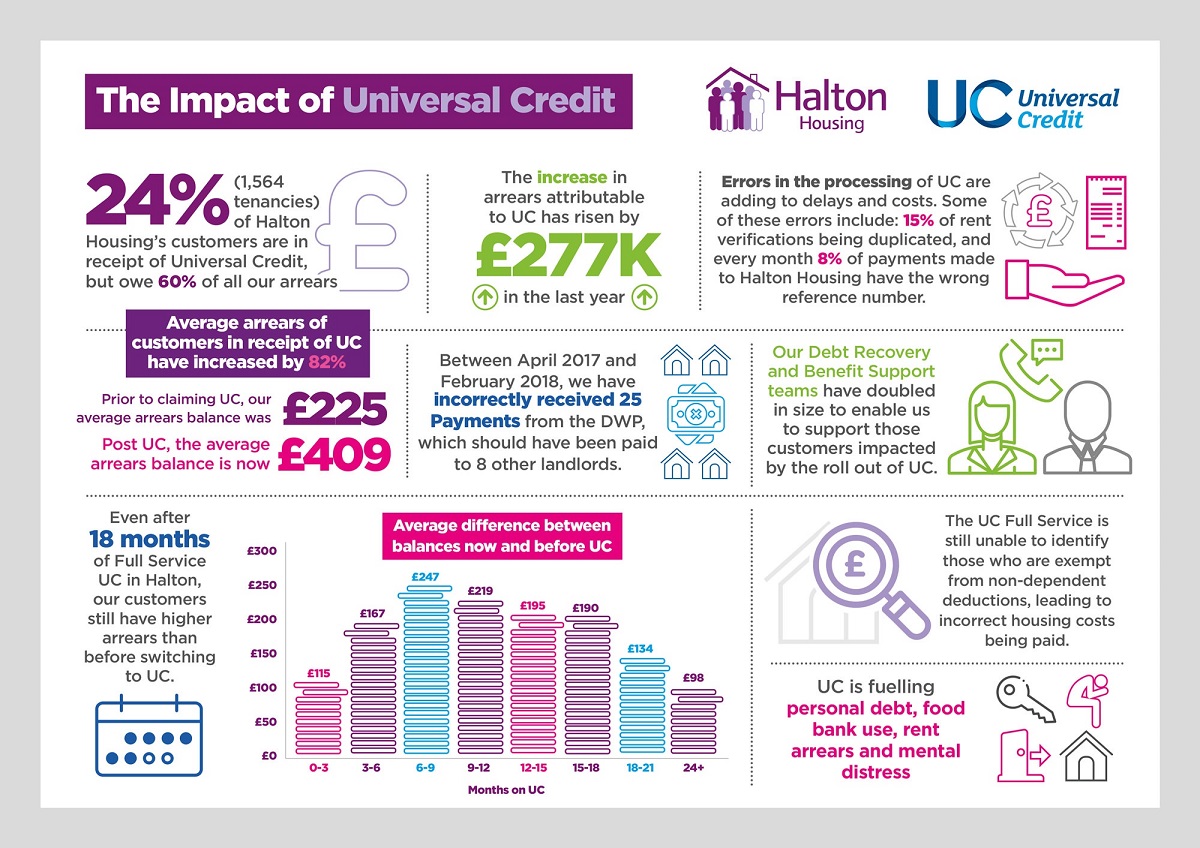 Then, in March it gave evidence to the Work and Pensions Select Committee’s inquiry into the benefit. Halton Housing summed the situation up by saying it:

is supportive of the overarching principle of [Universal Credit]…

Unfortunately, the overarching principles have been eroded, as reductions have been made to fund austerity measures.

It detailed that its main concerns were rent arrears and how managed migration from previous benefits like Employment and Support Allowance (ESA) was going to work.

But not everyone shares Halton Housing’s support for the DWP’s “overarching principle” behind Universal Credit. As The Canary previously documented, campaign group Disabled People Against Cuts (DPAC) is calling for the benefit to be ‘stopped and scrapped’. Also, in July, Unite the Union came out in support of DPAC’s position.

So Halton Housing’s damning assessment of Universal Credit is a welcome intervention. But it’s debatable whether its overall position on the DWP’s most controversial policy is right or not.