Michael Fallon finally tells the truth about Britain's deals with Saudi Arabia. And it should topple the government. [OPINION] - Canary 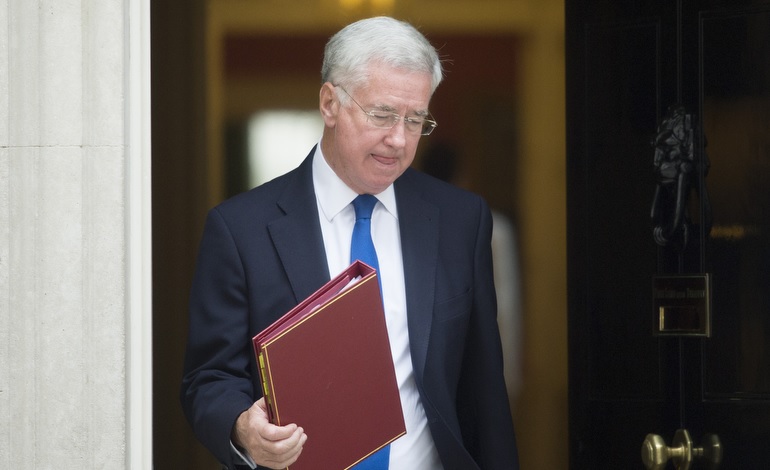 Michael Fallon just made an atrocious plea to parliament. The Defence Secretary essentially asked MPs to cut out criticism of Saudi Arabia in order to ‘help’ secure an arms deal with the country.

Saudi Arabia faces condemnation from MPs because of its brutal attacks on Yemen. Its actions in one of the poorest countries in the world see human rights groups regularly accuse it of war crimes. And as a result of the conflict, over seven million people in Yemen now teeter on the brink of famine.

But for Fallon, a Typhoon fighter jet deal appears to trump Yemeni lives. And he’s so certain arms sales should take priority over human rights and international law, he’s openly advocating for other MPs to do the same.

It really couldn’t be clearer that Fallon and his fellow ministers are unfit to lead the country. At least, not to lead it in a direction that anyone can be proud of.

Fallon made the admission during a Commons Defence Committee session. Labour MP Graham Jones had asked about an as yet unsecured BAE Systems “batch two” deal to sell Typhoon warplanes to Saudi Arabia. The Defence Secretary responded:

I have to repeat, sadly, to this committee that obviously other criticism of Saudi Arabia in this parliament is not helpful and… I’ll leave it there… But we need to do everything possible to encourage Saudi Arabia towards batch two. I believe they will commit to batch two.

The Defence Secretary also said the government has been “working extremely hard” trying to get the deal through. As an example of that hard graft, he told the committee that he had travelled to Saudi Arabia in September. He signed Britain up to a new ‘Military and Security Cooperation Agreement‘ with the country during that visit.

Naturally, those who prioritise people over BAE’s profits criticised Fallon’s call for MPs to do “everything possible” to secure the deal. Campaign Against Arms Trade’s Andrew Smith said:

These comments from the Secretary of State for Defence are disgraceful. He is calling on other parliamentarians to join him in putting arms sales ahead of human rights, democracy and international humanitarian law.

The sale of arms should never be prioritised over human rights, the rule of law, and the lives of innocent children in Yemen.

And there’s another glaring issue with his comments. He “sadly” tells the committee about what ‘unhelpful’ criticism has done to the deal. That’s what apparently moves him. In that moment, he doesn’t express sadness for the 5,144 Yemeni civilians documented as killed in the conflict; 1,184 of them children. Nor does he declare sorrow for the 18.8 million people in need of humanitarian aid in the country.

No, the UK Defence Secretary says he’s sad that concern for Yemeni lives is inhibiting our ability to make money.

Still proud to be British?

– Join or support the Stop the War Coalition; and show your support for Veterans for Peace and the Campaign Against Arms Trade.