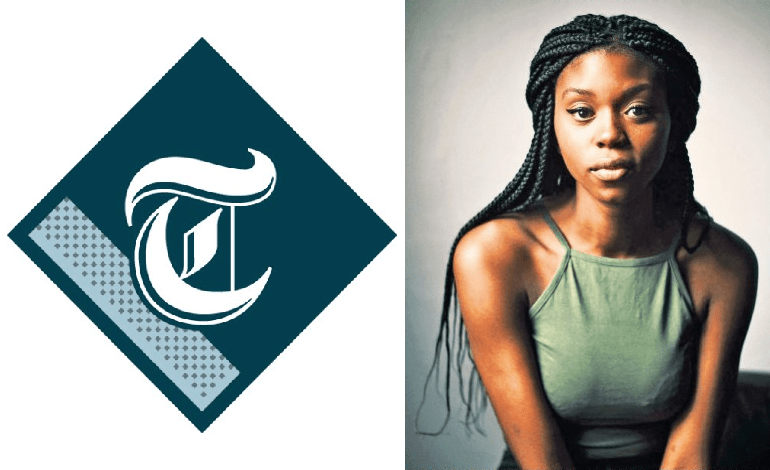 The Telegraph stands accused of running a ‘horrifically racist’ front page on 25 October. Now, the billionaire-owned outlet has admitted that it essentially made up the story, which read “Student forces Cambridge to drop white authors”:

On top of the allegation being false, people suggested that the front page was structured to “incite trolling”. The fabricated sub-heading was accompanied by a large image of Cambridge University Student Union’s women’s officer Lola Olufemi, the student in question:

Something v concerning about way Telegraph put only this young woman's pic & not more complex story on front page. As if to incite trolling pic.twitter.com/iVdSykYod2

Since the article, Olufemi said she had been “flooded with abuse”. But she also championed the “widespread support from people who understood that this was a very targeted form of abuse”.

Indeed, black women experience some of the worst online hate. Black Labour MP Diane Abbott received ten times more online abuse than other individual MPs during the general election. Still, The Telegraph thought it was appropriate to place Olufemi’s image on the front page coupled with a false claim that she is trying to replace white authors. In response, Cambridge lecturer Priyamvada Gopal branded the front page “horrifically racist and false”.

Meanwhile, in the real world…

What actually happened was that Olufemi submitted a petition, signed by over 150 people, calling for more “postcolonial or BME authors” in a university course. With this in mind, Cambridge University rubbished The Telegraph’s claims:

Changes will not lead to any one author being dropped in favour of others – that is not the way the system works in Cambridge.

The statement finished by saying:

We condemn the related harassment directed at our students on social media as a result of the recent coverage.

Now, The Telegraph has admitted the story was incorrect. But unfortunately for readers, The Telegraph‘s correction is much smaller than the original front page:

"Remember that black student yesterday, the one on the front cover, who was attacking white authors? Yeah, we made that up. Sorry." pic.twitter.com/eaAx4l8HkT

The Canary asked The Telegraph for comment, but received no reply by the time of publication.

How they get away with it

There’s a structural reason The Telegraph and other outlets keep getting away with such behaviour. In the most part, the mainstream press is regulated by the Independent Press Standards Organisation (IPSO).

The Regulatory Funding Body writes IPSO’s rules, including setting the conditions where an investigation can go ahead. But even IPSO itself is far from independent. For example, The Sun‘s former political editor Trevor Kavanagh sits on the board. Kavanagh is still a columnist for the paper and, in August this year, he wrote a piece asking “What will we do about The Muslim Problem?” A letter signed by 107 cross-party MPs demanded action against this “Nazi-like language”.

IPSO is essentially controlled by the very organisations that it claims to regulate ‘independently’. That’s a major reason The Telegraph and other corporate outlets feel free to run ‘racist’, false stories. This time, The Telegraph plastered the image of a black woman on its front page, coupled with a false allegation. Utterly shameful.

– Share this story so The Telegraph cannot get away with its tiny ‘correction’.

– Complain to IPSO, which may at least uphold the complaints.