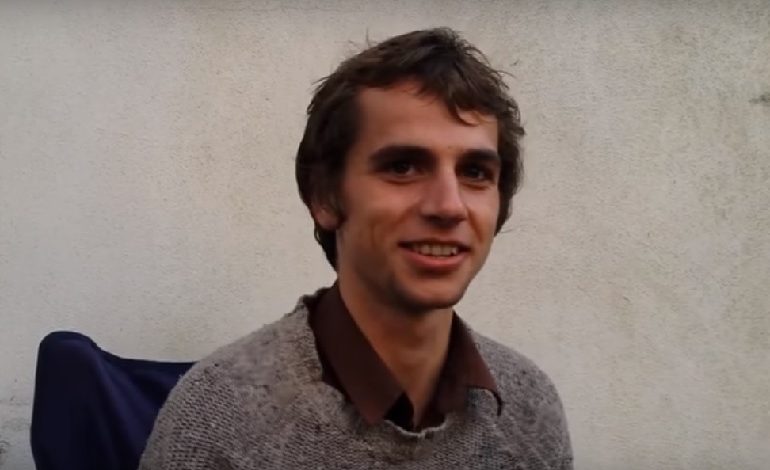 Josh Walker, a Bristol man, was found not guilty by a jury of possessing reading material useful for terrorists. But the outcome of the trial may have huge implications for all of us.

Walker was found to possess a printed copy of the notorious Anarchist Cookbook that includes bomb-making instructions. But while the manual is readily available to purchase on Amazon, Walker got his copy by simply downloading it from his university’s library.

The Walker case is a reminder of a much earlier 1978/79 trial with a similarly significant outcome.

Possession of the same manual was included in evidence presented [pdf, p6] against two of the so-called ‘persons unknown’ defendants. Ronan Bennett, the writer behind the new BBC TV series Gunpowder (about the Gunpowder Plot) was one of those defendants. Police raided Bennett’s London flat and allegedly found a copy of The Anarchist Cookbook. Bennett and others were accused of being part of a terrorist group and charged with “conspiring to commit crimes unknown against persons unknown in places unknown”.

But Bennett and his three co-defendants, who pleaded not guilty, were acquitted on all charges.

Walker was charged under different legislation. Section 58 of the 2000 Terrorism Act is a catch-all that states it is a crime to possess information “likely to be useful to a person committing or preparing an act of terrorism”.

Cellers says Walker downloaded the "Cookbook" in 2014 from Aberystwyth university library; used it as part of a "Crisis Games" group.

The court was told that Walker, who was studying International Politics and Strategic Studies at Aberystwyth University, downloaded the manual as part of a ‘Crisis Games Society’ event:

The students all participated in a "crisis game" in May 2015, which involved role playing a terrorists vs security services scenario.

And that the manual was used in a ‘role playing’ exercise:

One witness, student Sam Smales, said the idea was to use the "Cookbook" as a reference doc for the group who were role playing terrorists.

Defence barrister Joel Bennathan QC presented several arguments for why his client should be acquitted, including:

He cited South African anti-apartheid activist Steve Biko & said "as long as it causes no harm we write what we like, we read what we like."

Bennathan said if the book contained "special secret knowledge" the govt might have a case – but anyone online can access in "three clicks."

But there is a wider context to all this. In the summer of 2016, Walker travelled to Rojava in northern Syria to support the Kurdish-led People’s Protection Units (YPG), which are fighting against Daesh (Isis/Isil).

In April 2017, The Washington Post referred to the YPG as “a major component of US-backed forces”:

Britain’s RAF also provides military support for the YPG-led Syrian Democratic Forces (SDF), as its latest report shows. A more detailed breakdown of RAF sorties in support of the SDF is here. And it is the SDF/YPG that have played a key role in liberating Raqqa from Daesh.

But on his return to the UK, Walker was questioned by British police about his role with the YPG. And that led to his prosecution for possessing The Anarchist Cookbook:

Walker addressing the media outside the court. Says he's "elated … I'm just glad this is all over." pic.twitter.com/gN6FCGrMrX

Walker described the prosecution case as “feeble”. Because simply looking at terrorist material for academic or journalistic purposes should not be a crime.

Indeed, the verdict may well serve as a warning to the Crown Prosecution Service. And we can all thank Walker for that.