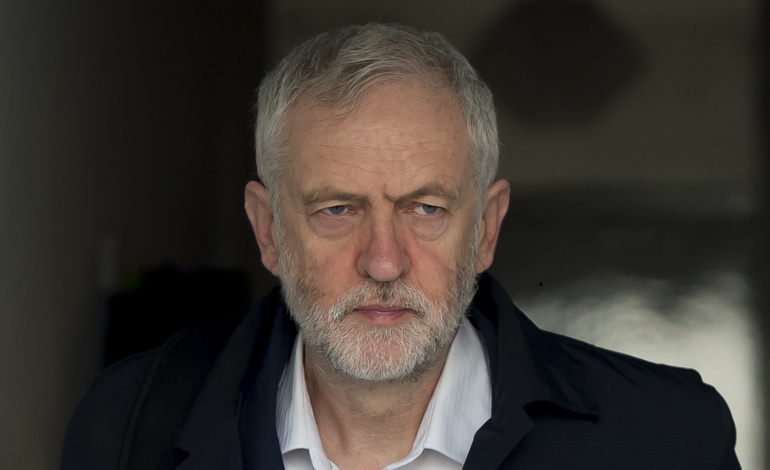 Apologies. That headline probably should have read:

How do you tell the difference between a spoof Daily Mail headline and a real one? You can’t.

And we know this because writer and satirist Tom Pride recently tweeted out a spoof headline from the tabloid. It was about Jeremy Corbyn and a 50-year-old document. And for a split second (go on, admit it) some people wondered whether it was real:

I dunno. These JFK conspiracy theories are really starting to get out of hand now. pic.twitter.com/o55sUbEGfj

In reality, Pride had humorously swapped the name of one of The Daily Mail‘s bogeymen for another. The tabloid did run an article of that manner. But it had mentioned Russia, not Corbyn. Both are a regular feature in The Daily Mail‘s scare machine: 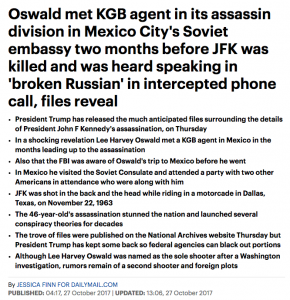 The article concerned the release of documents relating to John F Kennedy’s assassination in 1963. Those documents show that the US president’s assassin, Lee Harvey Oswald, made contact with a KGB officer while in Mexico two months before the assassination. This Russian connection is the crux of The Daily Mail‘s article. And just in case readers are left in any doubt, it informs them:

Russia has previously denied any involvement in the assassination of JFK.

The documents also show, however, that there was some speculation over CIA involvement in the plot. But this didn’t make the cut for The Daily Mail‘s article. A 1975 deposition, for example, shows the Commission on CIA Activities asking an ex-CIA director:

The rest of the question, and whatever answer came after it, is missing. And that’s not the only thing omitted from this release. US President Donald Trump is withholding thousands more documents until 26 April 2018.

So we can’t really as yet draw any conclusions on this dreadful event in US history. Apart from that, if Corbyn is named in the final documents, The Daily Mail already has its headline in the bag. Courtesy of Tom Pride.