Drop whatever you're doing. This plant can count and communicate. [VIDEO] - Canary 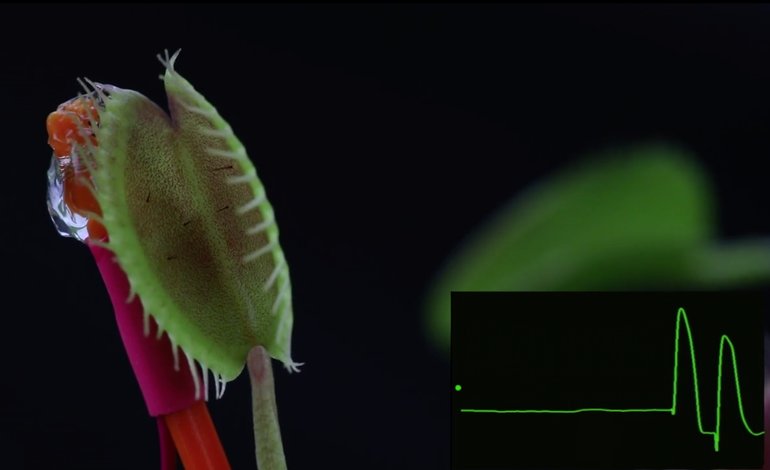 I’m not a scientist. But I get my mind blown fairly regularly by the latest discoveries and inventions; and this one took my breath away. In a TED talk, neuroscientist Greg Gage proves not only that certain plants can count, but that they can communicate too.

The flytrap and the Mimosa

You’re probably familiar with the Venus flytrap. It’s the plant with the big open jaws that catch and consume unfortunate flies. That was already enough to impress many people. But what most don’t know is that the plant can also count and communicate.

So how does a plant communicate? Just like us, some plants move. If you tap the leaves of the Mimosa pudica plant, they fold up as if dead. Similarly, if you tap the plant itself, it drops its branches as if it just died.

Gage then triggers a reaction in a Venus flytrap, by tickling one of the six hairs in its ‘mouth’ that close the trap. The EKG shows the electric signal, but the trap doesn’t close. Why? Because the flytrap can count. It requires a lot of energy, and up to two days, to open the trap again once closed. So the trap needs to be damn sure its caught a fly, and not just some airborne particle. So it counts the number of times its hairs are triggered within a 20-second period, and only closes if the right number has been hit.

Not only can plants count. They can communicate too.

– You can see more of Greg Gage on TED here.