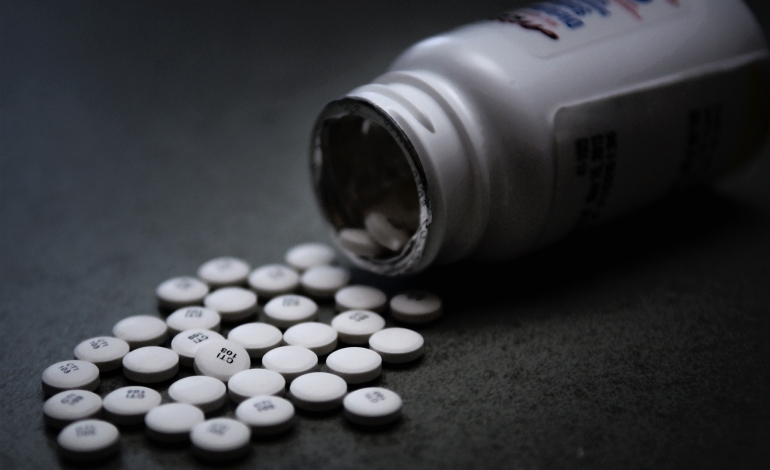 There’s an epidemic in the US of people getting hooked on painkillers. It’s not showing any signs of improving. But a new study may offer a solution. Researchers have found that certain drugs can offer pain relief, without being addictive.

Scientists looked at these compounds known as allosteric modulators (PAMs). When the body is stressed or injured, PAMs will enhance naturally occurring pain-relief chemicals. But as study author Andrea G. Hohmann emphasises, these chemicals relieve pain:

without producing tolerance or decreased effectiveness over time, both of which contribute to addiction in people who use opioid-based pain medications.

Opioids are substances such as morphine and a long list of derivatives and synthetic alternatives. Instead of acting as an on/off switch like morphine, PAMs amplify the body’s natural pain relief response. In addition, as Medical Xpress reports:

The PAM alone causes the natural painkillers to target only the right part of the brain at the right time, as opposed to drugs that bind to every receptor site throughout the body.

Researchers conducted the study using mice. If the results hold true for people as well, then it could be a game changer.

The problem with many prescription painkillers is that they are highly addictive. The opioid epidemic in the US is devastating: there are 91 overdoses every day related to these drugs. Data shows that around 200 million opioid prescriptions are made in the US every year. And this has resulted in two million people abusing these drugs. Also, as Louis Theroux’s recent documentary in Huntington, West Virginia highlighted, prescription opioid dependence can lead people to turn to heroin.

Is the UK at risk?

There are many reasons why the UK may avoid this kind of epidemic. Firstly:

The oversight of opioid prescribing in the UK is quite tight.

It is generally much easier to obtain opioid medication in the US than the UK. Cathy Stannard, an NHS consultant in complex pain, says this is because the US has private healthcare, where what matters most is whether the patient is satisfied. If a patient requests certain medication, or reports being satisfied with their prescription, then they will be more likely to receive it, compared to in the UK. In the US, patients can also go ‘doctor shopping’, easily moving from one doctor to the next in order to get their opioid medication. Stannard adds:

In a vertically integrated system, such as the NHS, this is very difficult to do.

But this doesn’t mean we don’t have a problem with these drugs. Because we do. For example, in Northern Ireland, the prescription opioid tramadol reportedly kills more people than any other drug.

Pouring more funding into the research and development of non-addictive painkillers will therefore be a necessary step in tackling the harm and ruin wrought by opioids.

– Check out more articles from The Canary on drug addiction.