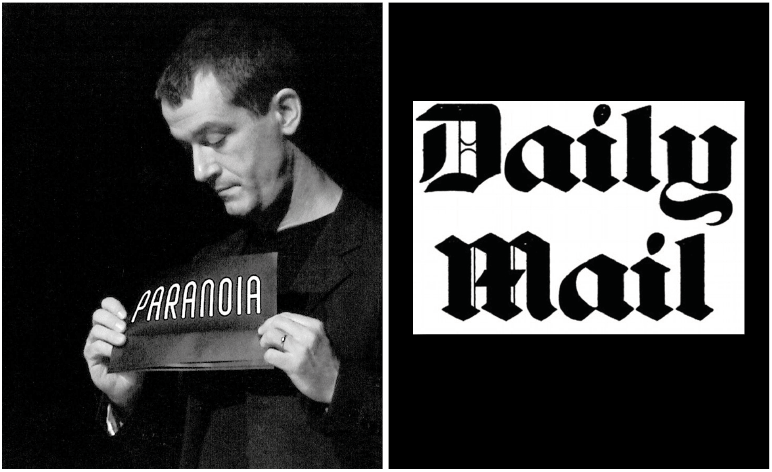 Chris Heaton-Harris, a Conservative MP and government whip, was accused of “McCarthyite” behaviour on 24 October. The MP wrote to all universities asking them what they were teaching in regards to Brexit. He also asked for a list of professors’ names.

The Conservative Party downplayed any concerns of a witch hunt. Universities and Science Minister Jo Johnson said the letter should not have been sent out, and that it was an “academic enquiry” potentially for a book.

The Daily Mail, however, has taken a different approach: 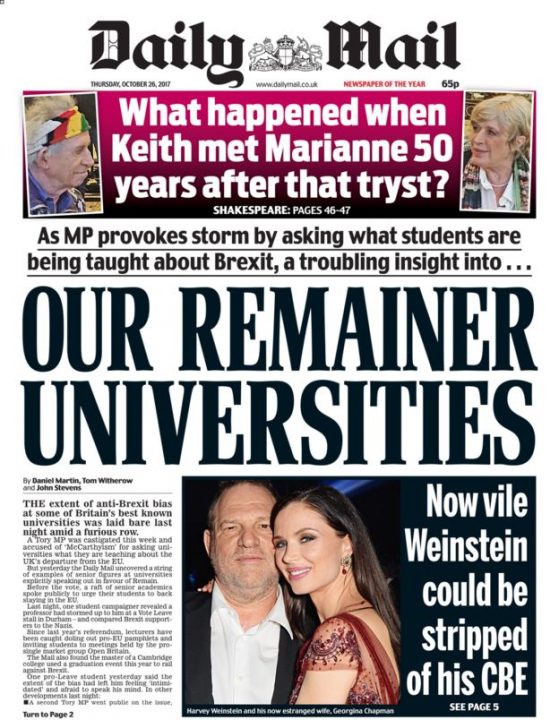 The hysteria induced by the Heaton-Harris letter, which may be tactless but is not McCarthyism, is redolent of a country suffering a Brexit-induced nervous breakdown

A day later, he commented:

I said Tory minister’s request for info on Brexit leanings of profs was clumsy and odd, but not a serious attack on academic freedom of expression. As usual, Daily Mail working hard to prove me wrong pic.twitter.com/hgEJ00LNhy

The Daily Mail also asked readers to contact the paper:

Yesterday: "He is only asking for information".
Today: a full on witch hunt. pic.twitter.com/QNdTNkIGrv

A contact line which may be open to abuse:

Please do let the Daily Mail know what you think about their witch hunt by emailing them at [email protected] https://t.co/r9iZgLYp36

The Daily Mail has previously come under scrutiny for its perceived attacks against the judiciary (“Enemies of the People“) and Remain voters (“Crush the Saboteurs“).

The Daily Mail has asked, “how open-minded are our universities?” In the article, it points out that:

But universities were not hiring staff based on how they intended to vote in the EU referendum. Doing so would have meant treating people’s Brexit opinion as if it were an equality issue similar to gender or ethnicity. It would also have meant ‘positive discrimination’ – something the right wing is not seen as being favourable towards when it means helping more minorities enter the workforce.

The Daily Mail itself also gave information that suggests why academics were more likely to have voted remain:

Figures showed UK universities are the largest beneficiary of EU research funds to higher education institutions, receiving more than £1billion a year – £400million to the elite Russell Group of 24 alone…

Although The Daily Mail does highlight instances in which people who voted for Brexit could feel uncomfortable at university. This from MP Paul Scully is one such instance:

.@chhcalling this is what a lecturer was handing out to my daughter who spends £9k pa for him to be teaching engineering, not politics pic.twitter.com/yFLvsU8Acm

For comparison, a recent opinion piece in The Daily Mail noted (bold added for emphasis):

As anyone who has read a newspaper in the past few months will know, this planet boasts two kinds of snowflakes.

One is an exquisite natural wonder, formed from a single tiny crystal, which falls through the sky…

The other is rather less of a wonder. Formed from a single tiny brain cell, it wafts through the British university system in a cloud of victimhood, attracting similarly strident comrades who accumulate in student unions and spaces where they are safe from criticism and hurtful ideas.