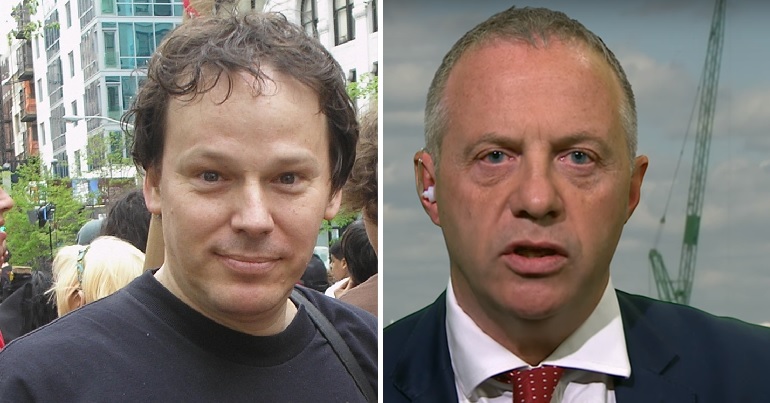 Theresa May’s ‘Resignation Honours’ list came out on 10 September. And it elevated former Labour right-winger John Mann – now the government’s “antisemitism tsar” – to the House of Lords. Mann has long been pushing the narrative of a ‘crisis’ in the Labour Party.

Meanwhile, a Jewish professor has written a scathing article asking people like Mann (who is not Jewish) to stop ‘weaponising antisemitism’ to attack Labour leader Jeremy Corbyn.

“A clear and present danger”

I am 58 years old, and for the first time in my life, I am frightened to be Jewish.

For almost all my Jewish friends, this is what is currently creating the greatest and most immediate sense of trepidation, even more than the actual Nazis: the apparently endless campaign by politicians like Margaret Hodge, Wes Streeting, and Tom Watson to weaponize antisemitism accusations against the current leadership of the Labour party. It is a campaign – which however it started, has been sustained primarily by people who are not themselves Jewish – so cynical and irresponsible that I genuinely believe it to be a form of antisemitism in itself. And it is a clear and present danger to Jewish people.

And directing himself to politicians pushing this narrative, he said:

I am begging you: if you really do care about Jews, please, stop this.

Antisemitism can be found on almost every level of British society…

Surveys show that antisemitic attitudes are more common among supporters of the ruling Conservative party than Labour supporters. But the latter are in no sense immune.

But he also stressed:

There is evidence that in the first two years under Corbyn (2015–2017)… the prevalence of antisemitic attitudes among Labour supporters were sharply declining.

And slamming the right-wing smear campaign against Corbyn’s party, he said:

exploiting Jewish issues in ways guaranteed to create rancor, panic, and resentment is itself a form of antisemitism. … It creates terror in the Jewish community. It deprives us of our strongest allies.

Crying wolf “while real wolves are baying at the door”

Graeber also insisted that the anti-Corbyn attacks are all the more dangerous because of the growing power of the far right, saying:

As the racist right gains power and legitimacy across Europe, the very last thing we need is to leave the public with the impression the Jewish community are a bunch of hypersensitive alarmists who start screaming about Auschwitz the moment they disagree with the exact wording of policy statement. It’s crazy to cry wolf while real wolves are baying at the door. It’s even crazier when those you’re crying wolf about are the very people most likely to defend you against them.

According to recent reports:

The number of right-wing extremists in custody under terror laws last year increased to the highest level on record, official figures show.

If fascists start targeting “Jewish left intellectuals such as myself”, Graeber stressed:

And pleading with people pushing the smear campaign to “stop making things worse”, he asserted:

My safety is not your political chess piece.

Stamp out all racism. Stop using it as a “political chess piece”.

Numerous reports and polls show that antisemitism exists across society; but it’s most common among far-right groups. Mainstream media outlets, however, have faced accusations of “misleading”, ‘distorted’, and “inaccurate” coverage which exaggerates the scale of antisemitism allegations in the Labour Party – a party which has taken consistently firm action in recent years. As Graeber said:

it took me two months of trying to get this out anywhere at all. The level of censorship in the British media on this subject is beyond imagination. Jewish people are simply not allowed to say certain things in the UK today and this is chief among them: https://t.co/nO7G9TV0O2

Antisemitism accusations against Labour reportedly relate to 0.06% of the party’s 500,000+ members.

Islamophobia, meanwhile, seems to be endemic in the Conservative Party. The ruling party has faced numerous allegations of antisemitism and other forms of racism, too. Tell Mama says that in the days after anti-Muslim comments from current PM Boris Johnson the number of Islamophobic hate crimes rose by 375%. Yet it seems John Mann – now in charge of ‘independently’ challenging antisemitism – has a blind spot on the above; he has made almost no comments about it on Twitter. He also previously faced criticism for his own behaviour towards the Gypsy Traveller community.

As Graeber says, the far right is currently “baying at the door”. So we don’t only need to defeat racism; we also need to call out the politicians playing dangerously cynical political games. Because far from helping, they’re making things even worse.