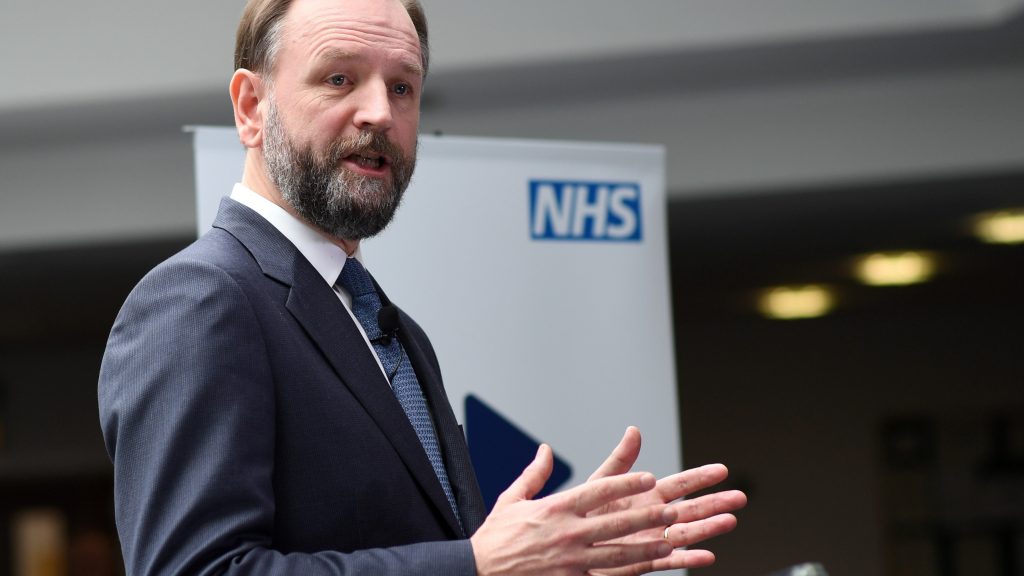 The head of the NHS, Simon Stevens, has urged the government to be “led by the evidence” showing the so-called sugar tax has worked, days before the results of a review into whether it should be extended to all unhealthy foods are due.

England’s chief medical officer Professor Dame Sally Davies will publish her findings this week after being asked by health secretary Matt Hancock to examine the possibility of taxing all unhealthy foods.

Boris Johnson has been accused of “turning back the clock” on the fight against childhood obesity after he pledged a separate review into so-called sin taxes, including the levy on sugary soft drinks, before becoming prime minister.

He previously told reporters it was time to take a proper look at the “continuing creep of the nanny state” and argued that the taxes disproportionately affect the poor.

Asked about accusations of nanny statism from high up in government, NHS England chief executive Stevens said: “I also think we hear the notion that we should be led by the evidence.

“And the evidence is going to be set out very soon by the outgoing chief medical officer Sally Davies and I hope that her findings will be taken seriously.

“I supported, in fact advocated, a sugar tax precisely because it was felt that it would lead to the reformulation of the amount of added sugar in fizzy drinks, not because it would put the price up per se.

“And that’s exactly what’s happened. So when you look at the evidence of whether or not the sugar tax has worked, the answer is: it has.”

Stevens was speaking at the NHS Providers conference in Manchester.

Earlier on, NHS Providers chief executive Chris Hopson said the “biggest single thing” the PM could do to protect the NHS was to show decisive leadership on sugar and salt in food, and clean air.

He added: “Sheltering behind flowery rhetoric about ‘nanny statism’ doesn’t cut the mustard.”

Stevens also hit out at the England and Wales Cricket Board for having KP Snacks sponsor its new 100-ball tournament.

Each team in The Hundred contest will wear shirts featuring a different KP Snacks brand, including Skips, Hula Hoops, Butterkist, Pom-Bear and McCoy’s.

KP Snacks said it was “helping to grow cricket and encourage families to get active”.

But campaigners said they were “stumped” that the board had thought it appropriate to choose a high-fat, high-salt snacking brand as an appropriate partner for the competition.

Stevens said: “If you think about the extra demand that is being created through the obesity epidemic, with poor diet now a bigger risk factor for ill health than smoking, it is disappointing, despite the good that sports can do, sports can do fantastically – we see that in many walks of life – but it’s disappointing when for example you see the English cricket board doing a deal with junk food aimed at children, sponsorship for the cricket One Hundred, I would hope when those sorts of deals are being considered in future, people make a different choice.”

The NHS boss also called on social media companies to take responsibility for some of the root causes of mental health problems affecting young people.

He recalled sitting down for a meal with young people being treated at a specialist eating disorder clinic.

Stevens said: “If we are thinking about all of the pressures bearing down on young people, including young women in our society, there is a wider responsibility that goes with social media and other companies to deal with some of the root causes of these increasing problems that we are seeing.”

Some social media companies are acknowledging this responsibility and “don’t want to get on the wrong side of what I think is rapidly crystallising public opinion”, he added.