Despite her climate-protest conviction, an Anglican priest vows to keep offending - Canary 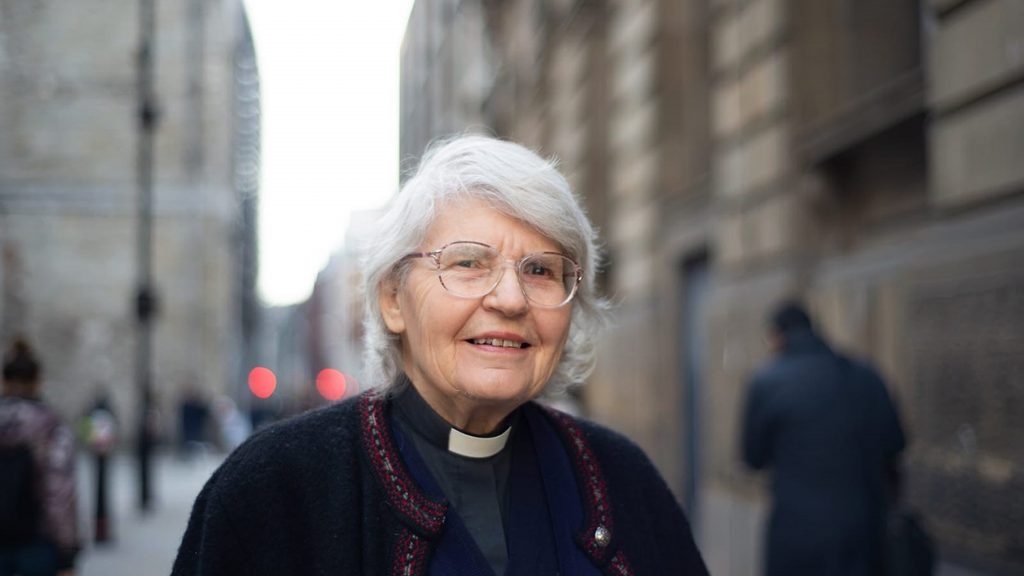 An Anglican priest has said she will continue to offend to try to tackle the climate emergency, despite being convicted of refusing to obey a police banning order during Extinction Rebellion protests.

Reverend Sue Parfitt had denied breaching the order preventing protesters from demonstrating at Oxford Circus and Waterloo Bridge in London in April last year. The 77-year-old from Bristol had said she should not be found guilty because not demonstrating would have caused further deaths and destruction to the planet.

But deputy district judge Briony Clarke found Parfitt guilty following a trial on Wednesday and handed her a nine-month conditional discharge. She also ordered her to pay £350 in costs.

Speaking after the trial at the City of London Magistrates’ Court, Parfitt added that reoffending would “be necessary because we are going to have to work at this a bit longer to get the Government to take the radical steps it needs to take”. She added that it had been hard for her as a priest with no criminal record to refuse to obey a police command to move from Oxford Circus.

Giving evidence, she said her actions were necessary because the climate crisis would risk the future of the human race unless people forced governments to take action, and she urged the court to acquit her. She stressed:

Each day, including the day I lay on the road at Oxford Circus, some part of the human race and the creaturely… world was and is in imminent danger.

My small action constitutes a necessary part of a worldwide action that we have to hope for all our sakes will be successful in preventing even worse harm that is imminently threatened by climate change.

I am not a lawyer and not a scientist but I am also not a criminal. I have spent my life as a law-abiding citizen.

But if we are to survive as a race and as a creation we have to take the most radical, unpopular, counter-intuitive action including acts of civil disobedience.

Prosecutors said Parfitt had refused to obey an order under the Public Order Act not to protest at Oxford Circus or Waterloo Bridge. But the priest argued that civil disobedience was the only option left to her, and that the necessity of stopping the destruction of human life and the planet gave her lawful justification to protest.

She was standing trial alongside 29-year-old Dimitra Soukiouroglou, who was also convicted, handed a nine-month conditional discharge and ordered to pay £350 costs.

Parfitt told the court she was vegetarian and she and her husband had decided not to have children because “that’s the last thing [the] planet needed more of”. She said she had not wanted to move to Marble Arch where police had not banned Extinction Rebellion protests because she did not want to be involved in a “carnival”. And she added:

I had come to protest not to join a carnival, which is really what happened in Marble Arch at this time.

We were to take acts of civil disobedience. When asked by the sergeant to move it did take some small effort on my part to refuse, I’m not in the habit of saying no to policemen.

I knew I must stand my ground, my responsibility was to the many millions in this world who are currently affected as a matter of climate justice now.

It is the poor of the world who are mostly affected by climate change now, but also to future generations who will be most grievously affected.