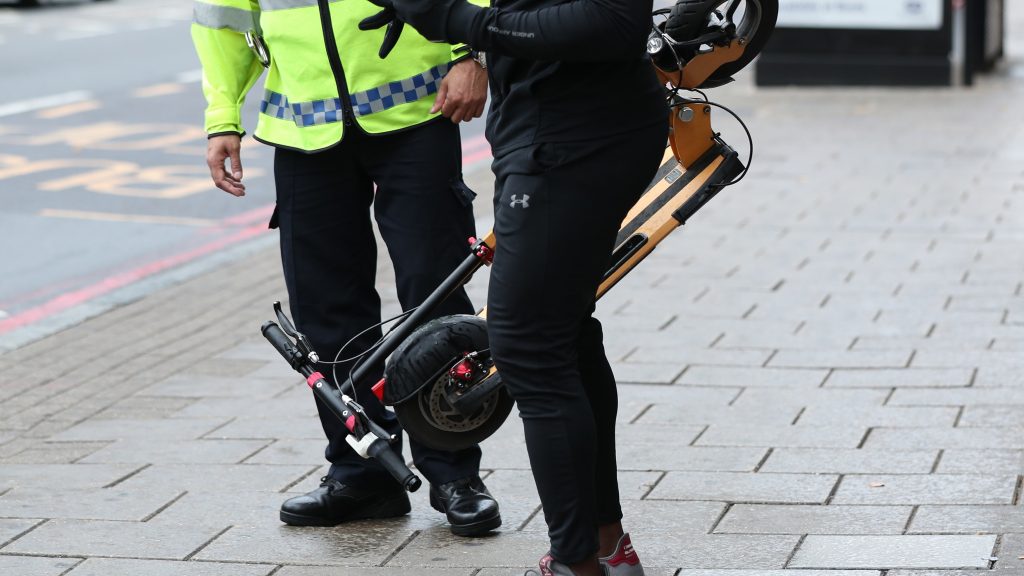 Encouraging people to switch from vehicles to electric scooters can make cities safer, according to a study.

A trip by a car or motorcycle in dense urban areas is “much more likely” to result in the death of a road user – including pedestrians – than a light micro-vehicle such as an e-scooter, the research found.

The report by the Organisation for Economic Co-operation and Development (OECD) also indicated that e-scooters are no more dangerous to their users than bicycles.

“A road fatality is not significantly more likely when using a shared standing e-scooter rather than a bicycle,” the authors wrote.

“The risk of an emergency department visit for an e-scooter rider is similar to that for cyclists.”

The analysis is based on a workshop attended by 40 participants from 15 countries.

Scooters with electric motors are used for short journeys in a number of countries, including many European nations and the US.

Several firms such as Lime and Bird offer them for hire, often in competition with bicycle schemes.

They are currently banned from UK roads and pavements, but that does not stop many people from using them.

Most offenders were given a warning but 10 were fined and had their scooters seized due to aggravating factors such as travelling too fast or ignoring a red light.

YouTube star and TV presenter Emily Hartridge became the first person in the UK to be killed while riding an e-scooter when she was struck by a lorry in Battersea, south London, on 12 July 2019.

The following day, a 14-year-old boy suffered a serious head injury after crashing into a bus stop in Beckenham, south-east London.

In March 2019, the Department for Transport launched a review of legislation to accommodate changes in the way people and goods move, which could lead to e-scooters being legalised for road use.

The OECD’s International Transport Forum warned that “considerable regulatory challenges exist” due to the rapid pace of innovation in micro-vehicles such as e-scooters.

It recommended that cities allocate “protected space” through measures such as traffic calming or dedicated lanes.

It called for e-scooters to be banned from pavements and subjected to a “low, enforced speed limit”.

The report also urged manufacturers of e-scooters to improve the stability and road grip of their products.

A recent report by traffic information supplier Inrix found that journey times in the UK’s most gridlocked cities could be cut if e-scooters were legalised.

E-scooters and electric bicycles could complete short journeys quicker than vehicles in London, Manchester, Glasgow and Sheffield, according to the research.