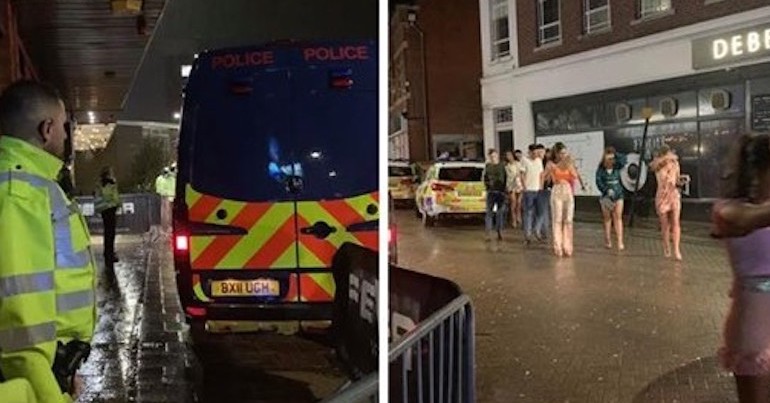 Reports have emerged suggesting that a group of Gypsy, Roma and Traveller (GRT) young people were denied entry to a nightclub on 15 February. It also alleges further discrimination from the local police force. This comes amid wider attacks against GRT communities from Boris Johnson’s government.

A Facebook post from Progress in Dialogue showed pictures of young people allegedly denied entry to Fever Nightclub in Nuneaton after “every bar / nightclub” in the area closed. It also accused Warwickshire Police of denying young members of GRT communities access to taxis.  As a result, many became stranded “without shelter or transport” as Storm Dennis hit the UK.

A later post states that after examining “video footage, photographs and witness statements” this incident “raises deep concerns” about the treatment of these young people. Progress in Dialogue is seeking legal advice to help those affected.

A spokesperson for Warwickshire Police told The Canary:

Warwickshire Police responded to reports of overcrowding in Nuneaton town centre on Saturday evening (15 February) after concerns were raised around public safety. A dispersal order was consequently issued to minimise overcrowding and ensure the safety of the public.

At the time of publication, Fever Nightclub had not responded.

This is just the latest evidence of wider attacks against one of the UK’s most discriminated minority groups. As The Canary has reported, the government’s also trying to criminalise GRT communities.

The Conservative manifesto entrenched a chilling announcement made by home secretary Priti Patel in November 2019. Johnson’s government plans to give police new powers of arrest if people stop anywhere in the UK on private or public land without prior permission. This would give police powers to seize people’s homes immediately. A summary from Friends Families and Travellers (FFT) explains the dangerous implications of these new powers.

No young person should ever be denied entry to a club because of ethnicity. And this situation also appears to have been made worse because of police actions. This shows the extent of intolerance and bigotry those from GRT communities face on a daily basis.