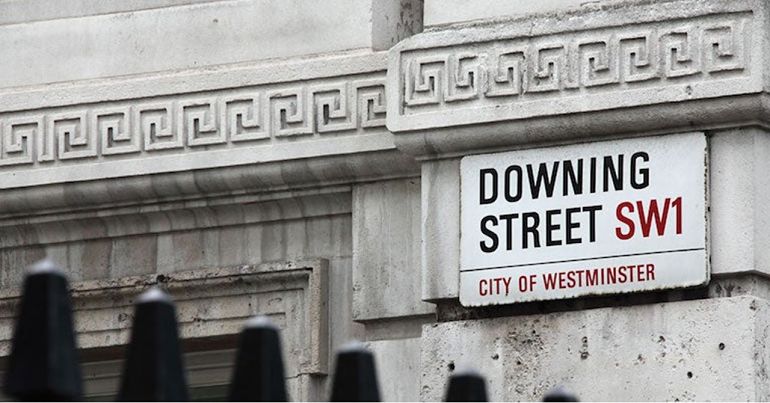 Andrew Sabisky has resigned as Downing Street adviser after details were publicised of his controversial views, including enforced contraception for the poor. His resignation, coming only days after being appointed, is a blow to both prime minister Boris Johnson, who refused to criticise Sabisky, and special adviser Dominic Cummings, who is notoriously busy recruiting “weirdos and misfits”.

But Sabisky’s appointment was bound to end in tears, for more controversy was likely to follow given he spoke at a conference alongside alleged white supremacists.

The media hysteria about my old stuff online is mad but I wanted to help [the government] not be a distraction. Accordingly I’ve decided to resign as a contractor.

But shadow chancellor John McDonnell points the finger at Johnson:

You can’t have people with these views operating at the heart of your government unless you agree with them. For Johnson to refuse to act and to condemn these views says as much about himself as it does about Sabisky.

Sabisky has advocated a form of population control and eugenics, a practice long associated with the Nazis and the 1930s.

Eugenics are about selecting ‘for’ good things. Intelligence is largely inherited and it correlates with better outcomes: physical health, income, lower mental illness. There is no downside to having IQ except short-sightedness.

Sabisky went further and in 2014 wrote on Dominic Cummings’ blog:

One way to get around the problems of unplanned pregnancies creating a permanent underclass would be to legally enforce universal uptake of long-term contraception at the onset of puberty.

But Sabisky is not alone in his views. In a podcast broadcast in 2016, Fraser Nelson (now editor of the Spectator) agreed with Conservative media pundit Toby Young that eugenics is a perfectly acceptable science:

And Young made it clear he stands by his controversial comments in his 2015 paper on a form of in vitro fertilisation (IVF) that incorporates genetic testing for IQ. He claims to be trying to tackle inequality and argues that this technology:

should be banned for everyone except the very poor. I wasn’t proposing sterilisation of the poor or some fiendish form of genetic engineering so they could have babies with ‘high IQ genes’ or anything like that. Just a form of IVF that would be available on the National Health to the least well off, should they wish to take advantage of it.

In 2015, Sabisky spoke on the third day of a conference on intelligence.

An article in London Student noted that Thompson’s:

Thompson is a frequent contributor to the Unz Review, which has been described as “a mix of far-right and far-left anti-Semitic crackpottery,” and features articles such as ‘America’s Jews are Driving America’s Wars’ and ‘What to do with Latinos?’.

His own articles include frequent defences of the idea that women are innately less intelligent than men (1, 2, 3,and 4), and an analysis of the racial wage gap which concludes that “some ethnicities contribute relatively little,” namely “blacks.”

As for Kirkegaard, here is a presentation he did at the 2017 conference in intelligence on immigrants and intelligence:

Professor Richard Lynn, who spoke at the 2016 conference on intelligence, is president of the Ulster Institute for Social Research (UISR). In 2009, Lynn said:

at some point in the foreseeable future the white British people will become a minority in these islands, and whites will likewise become minorities throughout the economically developed nations of European peoples. As the proportion of non-Europeans grows in Europe and in the United States (and also in Canada and Australia) and eventually become majorities, the intelligence of the populations will fall.

What is called for here is not genocide, the killing off of the populations of incompetent cultures. But we do need to think realistically in terms of ‘phasing out’ of such peoples.

The Southern Poverty Law Center (SPLC) has described Lynn as:

one of the most unapologetic and raw ‘scientific’ racists operating today, arguing, among other things, that nations with high average IQs must subjugate or eliminate lower-IQ groups, which he associates with particular racial groups, in order to preserve their dominance.

Sabisky’s views are also not unrelated to those of Johnson, who treats the working class with disdain and believes that the poorest 20% of British society is made-up of “chavs”, “losers”, “burglars”, “drug addicts”, and “criminals”.

Controversially, Johnson also stated that “some measure of inequality is essential for the spirit of envy and keeping up with the Joneses and so on that is, like greed, a valuable spur to economic activity”:

So, while Sabisky argues that the underclass (poor) can be managed (depopulated?) through eugenics, Johnson suggests that same underclass is essential for capitalism to be successful.