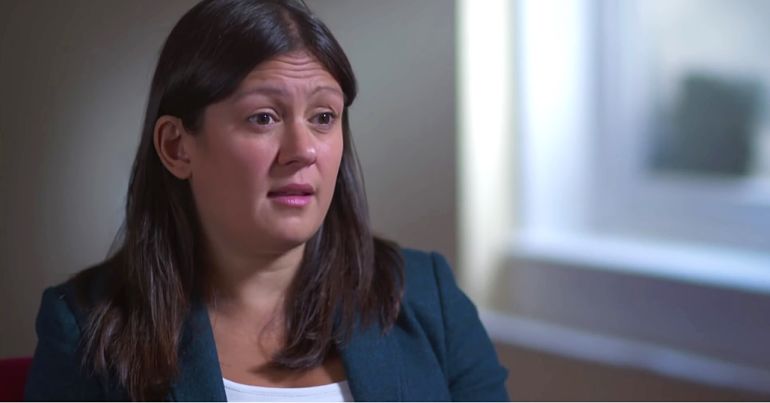 The odds of Lisa Nandy becoming the next Labour Party leader currently seem low. But it’s still worth looking into her record, which should raise some big red flags for the Labour left.

In the fight against Boris Johnson and his hard–right Thatcherites, many UK progressives turned our attention away from our partners’ flaws during the 2019 election. But now, Johnson’s set to govern for five years. So it’s time to look closely at our partners and work out who can lead a strong fightback. And the Labour leadership election is our first chance to do so.

Rebecca Long-Bailey is the progressive frontrunner, with numerous promising policies. But she’s already alienated many left-wingers by capitulating to some of her opponents’ demands.

Keir Starmer, on the other hand, appeals to establishment forces inside and outside of the party. This is despite (or perhaps because of) the key role he played in the party’s disastrous second Brexit referendum policy. The political chameleon is odds on to win the contest.

Lisa Nandy, meanwhile, opposed going against the result of the 2016 Brexit referendum; and she may hope this will help her appeal to members in Leave-voting areas. Politics lecturer Eric Shaw wrote recently in the Conversation that Nandy is “a prominent member of Labour’s soft left” and “has also been associated with the “Blue Labour” tendency” (which favours social conservatism but centre-left economics). Nandy’s backers claim that victory for her would help to “end in-fighting” in the party and bring unity. But there are three big reasons why this is unlikely.

Nandy left the shadow cabinet during the 2016 coup attempt against Corbyn. And she didn’t just back Owen Smith to replace him. She actually became the co-chair of his dire leadership campaign (which openly called for a second referendum on Brexit).

While Lisa Nandy was co-chair of the Owen Smith campaign in 2016 to beat Corbyn she met with Blair. Most members would find that deeply discouraging. https://t.co/sZhfKMRt2p

In the 2016 Panorama on Labour Party divisions, Nandy (apparently without a hint of irony) said the infighting “means that we’re distracted from the real task, which is to unite” to oppose the Tories.

She also argued that the “public are moving away from us” on a number of issues. But in reality, Corbyn’s principles and proposals helped to push Labour membership over 500,000 – the biggest number since the 1970s. The party’s 2017 election campaign, meanwhile, was largely successful despite massive establishment opposition, with Labour increasing its vote share more than under any other leader since 1945.

Under Corbyn’s leadership, Labour has faced constant smears relating largely to his strong support for Palestinian rights and criticism of Israeli crimes. And Nandy consistently helped to amplify these attacks.

Nandy also became chair of Labour Friends Of Palestine & The Middle East in 2018, insisting “now is the time to do more” to help Palestinians. But it doesn’t seem like she ‘did more’. Because at the time of writing, the group’s website suggests that its last parliamentary activity came in 2017 and its last update was a 2018 piece by Nandy talking about her future plans.

The LFPME website doesn't seem to have been updated since the end of 2018, is it still a thing?

3) Comfortable with the right

Nandy recently stressed that one of Corbyn’s big achievements as leader was to make Labour “proud to wear our values on our sleeve” again.

But what are Nandy’s ‘values’? Well, she:

As some have pointed out, her views also seem to change with the wind:

Maybe (probably!) I'm just irredeemably wonkish, but I just think that the electorate will spot the hole in "we need to be honest about what we can afford, instead of talking about halving or scrapping tuition fees" *five minutes later* "of course, I will scrap tuition fees".

After last night's comments we've asked her for clarification. @UKLabour members need to know if she's still committed to those pledges https://t.co/CrhvtKG0Vg

In short, Nandy is unlikely to rally and inspire Labour’s members – especially those who backed Corbyn.

She's like Marvin the Paranoid Android. So depressing. So negative. She just drones on……and on

But if you do know someone who may be tempted to back her in the leadership contest, you may want to send this article over to them.