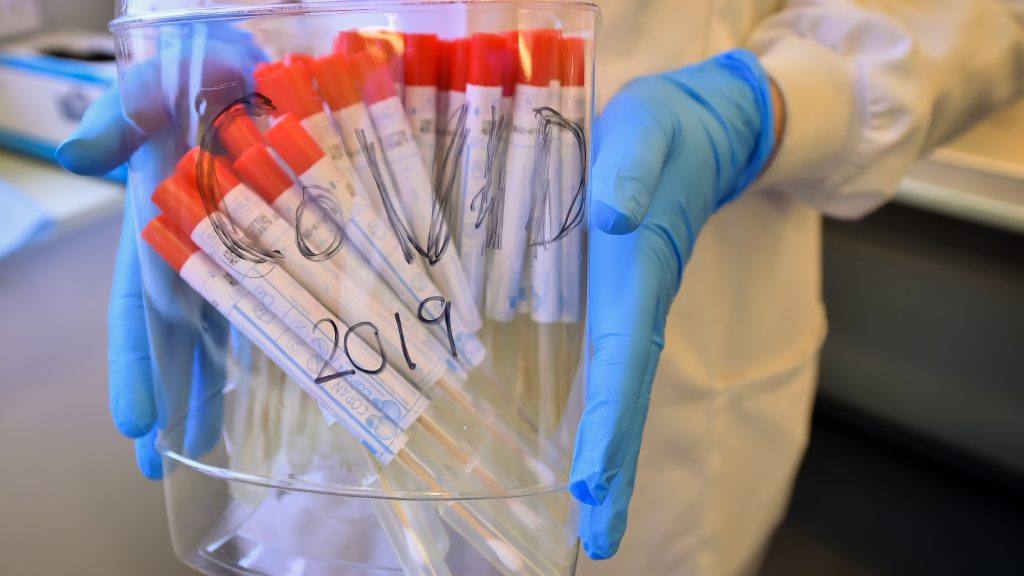 The government’s testing tsar has said he is confident the 100,000 daily target for coronavirus tests will be met on Thursday.

Professor John Newton, director of public health improvement for Public Health England (PHE), said: “We are pretty confident we will hit that target. It puts us really right up there with countries like Germany, so we need that now but we need that for the future as well.”

There will be a lag in receiving the data but “by the end of the week we will know whether we have reached that target”, he added.

The government has been under pressure over the target, with health secretary Matt Hancock announcing a massive expansion of the groups eligible for testing on Tuesday night.

Prof Newton told BBC Radio 4’s Today programme: “I think we are very confident. We have built quite a big system.”

PHE has come under fire for abandoning contact tracing in mid-March, saying at the time that the spread of the virus through the population made continuing such a method unfeasible.

He acknowledged Germany had been in a particularly strong position on testing but said: “However much testing capacity we had at that point, we would have made the same decision.”

He said capacity has been built up during the lockdown, but added: “However much testing capacity we had before, the advice and the action would have been exactly the same to implement strict social distancing.”

His comments appear to contrast with those of England’s chief medical officer, Professor Chris Whitty, who told MPs last week that a larger resource base could have led to a different decision regarding stopping contact tracing.

Prof Newton told Today he does not necessarily think a lower number of coronavirus deaths in Germany than in the UK is due to high levels of testing.

“Germany was in a particularly strong position, and people assume that the level of testing in Germany is what led to the lower numbers of cases and deaths,” he said.

“But that’s by no means obvious, and there are other factors that led to Germany having lower numbers as well. So we shouldn’t just jump to conclusions about more testing equals better outcomes.”

Access to coronavirus home testing kits for the millions who are now eligible ran out in just over an hour on Wednesday morning.

Slots for millions more people, including those over 65 and those who live with them, were available to book on the government website from 8am.

Tests at regional drive-through centres ran out in Wales almost immediately but were still available in England, Scotland and the north of Ireland as of 9.15am.