'It’s not the virus that will kill us, it's the government': Chileans return to protest amid pandemic - Canary 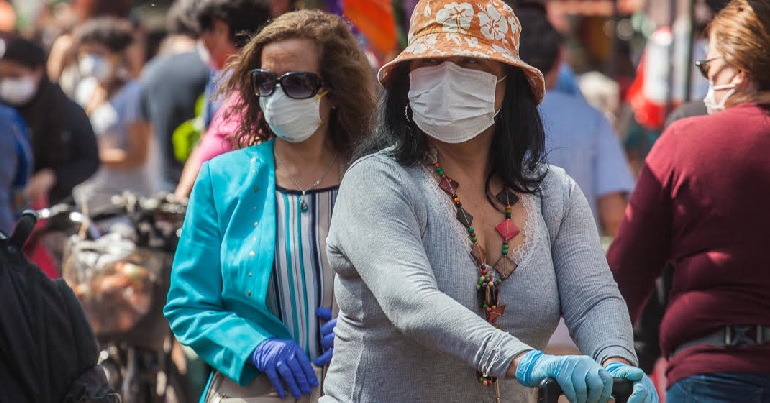 Chilean activists are calling for a new wave of protests in the midst of the coronavirus (Covid-19) pandemic as President Sebastián Piñera tries to force people back to work and reopen shops and schools under the guise of normality. Protests that began in October 2019 over social inequality and poor state services had ground to a halt as the threat of the virus loomed. But discontent over repressive military curfews, partial lockdowns, and lack of government funding for financially vulnerable people has led to a call to action.

During the last week there has been a call for a ‘new normality’ as the government tries to push it through, under the guise of ‘reopening up the economy safely’ but there isn’t enough protection to re-establish normality.

Although there isn’t a call for mass protest, specific actions are being organised. Trade unions and large political organisations are coordinating and are asking for people to stay at home while endorsing a general strike in opposition of the government’s attempt to impose this ’new normality’. They demand more sanitary protection for people, financial aid packages for those in casual labour and better access to public health: these are the main concerns. This is a continuity in calls for better public health and political representation, that arose during the October revolts.

Piñera faced a barrage of criticism when, just days into the partial quarantine in capital Santiago, he appeared to mock protesters by posing for pictures at Plaza Dignidad, the site of the October protests. The government has also been criticised for imposing a military curfew at night and quarantining only wealthy suburbs. Joaquín Lavín – mayor of Las Condes, Santiago – has hinted at opening shopping malls and some schools, alarming the general public.

Government measures have only benefited big business and corporations. People are losing their jobs with no severance pay. Workers are being coerced into signing away their rights and forced to work for half salaries or being let go and told they may or may not get their jobs back in September or December. We find ourselves fighting two extremely dangerous viruses: and we are forced to choose which one to fight.

We want a proper lockdown. It’s ridiculous that only the key workers and financially vulnerable must return to work, while the rich can stay at home. It’s shambolic that some areas are divided in two, with some in quarantine and others forced to work. All the measures taken have been a disaster. They want workers to continue propping up the economy at the expense of their health and lives.

‘Taking matters into our own hands’

“In response to lack of government support in Santiago’s working-class neighbourhoods, frontline medical volunteers have now formed sanitary brigades”, according to Víctor Menares, 45, from Santiago. A member of Movimiento Salud en Resistencia (‘Health in Resistance Movement’), he told The Canary:

Chile has only spent 4.7% of its GDP to confront the pandemic, other countries in the region for example Peru, has spent over double that amount. Multi-millionaire corporations are the ones benefitting from state handouts. In response to this incompetence, we have taken matters into our own hands. We have no choice. Our movement was born from those who began offering voluntary medical attention to people on the front line during the October uprising. We have formed sanitary teams to disinfect local neighbourhoods and public transport.

With the Chilean economy struggling, the government is keen for normality to resume even if that means using methods such as ‘immunity passports’, against the recommendations of the World Health Organization. The Chilean government has also been subject to ridicule on various occasions over its handling of the crisis. Health minister Jaime Manalich, for example, admitted that the dead were being counted as recovered; and he then made claims that a deal with China had been struck for the provision of ventilators, which was refuted by China.