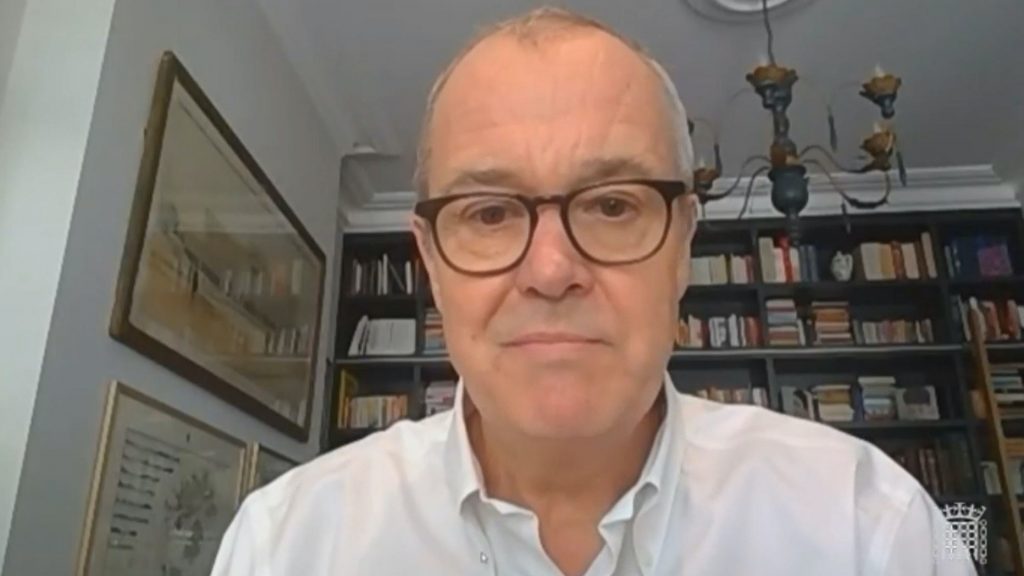 Fewer than one in six people have any sort of antibody protection to Covid-19, England’s chief scientific adviser has said.

At the current time, he said he would “not expect to see antibody levels much above mid-teens” in any region. This suggests fewer than one in six people have had coronavirus.

Vallance said that while the R number – the number of other people infected by each person with coronavirus – is below one across the country, prevalence of infection will be different depending on region.

This could suggest ways in which lockdown restrictions may be eased in some areas and not others.

Vallance said: “We know that cities and densely-populated places have a higher prevalence than rural places… and an option that could be considered is to think about whether measures could be done locally versus nationally.”

But that could lead to difficulties, such as whether people could use public transport to travel, he added.

Vallance said: “Once you go to a regional approach, you effectively are saying that you are going to demarcate regions very carefully and you’ve got to control the flow between regions. But that is a possibility.”

On immunity, Vallance said evidence from around the world suggests the vast majority of people who have had the infection have “some form of antibody response” and therefore develop “some degree of protection”.

But he said the exact amount of immunity people developed is not known, adding that they “almost certainly” will not go on to have absolute immunity.

It is also unknown whether people who have had the virus can still carry it in the future and pass it on, he said.

Giving a potential timeframe for how long immunity might last based on experience from other coronaviruses, he said: “It may last for one, two, three years, but not for many, many years.”

Vallance said scientists have now been able to “sequence thousands and thousands of viral genomes” when looking at Covid-19, and found cases came from Europe.

“One of the things that it looks like, very clearly, is that early in March the UK got many, many different imports of virus from many different places,” he said.

“And those places were particularly from European countries with outbreaks.

“And so we see a big influx of cases, probably from Italy and Spain looking at the genomics of the virus in early March, seeded right the way across the country, and so whether that was people returning from half-term, whether it’s business travellers or not we don’t know, but a lot of the cases in the UK didn’t come from China and didn’t come from the places you might have expected.

“They actually came from European imports and the high level of travel into the UK around that time.”

Vallance said the risk of a second peak of Covid-19 is “very real” but could be avoided if test, track and trace is implemented successfully and social distancing continues.

He told MPs: “Clearly what you’d like to do, from a pure science perspective, is having got this under control, the test and track tracing takes more of a heavy lifting than the social distancing measures.”

He said using test, track and trace to keep the virus down would allow the removal of some of the “social distancing levels”.

He added: “But what, in any event, I think is important is not to get into a position where you get the R above one to get a second peak.

On the subject of face masks, Vallance told the committee the Scientific Advisory Group for Emergencies (SAGE) thinks the evidence on masks preventing the spread of infection from one person to another is “marginal but positive”.

He added: “Masks may have a marginal positive effect in that situation, or face coverings of some sort might do.”

Vallance also discussed the two-metre social distancing rule, adding that it was “based on a probability”.

He added: “The evidence is – as far as you can get very firm evidence on this – is that essentially a minute at two metres’ contact is about the same risk as six seconds at one metre, so that gives you some idea of why the two metres becomes important.

“And the risk at one metre is about 10 to 30 times higher than the risk at two metres, so the distancing is an important part of this.

“Where, therefore, masks may have a role is in situations where distancing is not possible.”

Asked if there is anything he would have changed about how the outbreak was handled in the UK, Vallance told the committee: “I think that probably we, in the early phases, and I’ve said this before, I think if we’d managed to ramp up testing capacity quicker it would have been beneficial.”

He said, however, that testing is “just part of the system that you need to get right”.

England’s deputy chief medical officer, Dr Jenny Harries, said a balance had needed to be struck at the time depending on resources. But she told MPs that “if we had unlimited capacity, and the ongoing support beyond that, then we perhaps would choose a slightly different approach”.