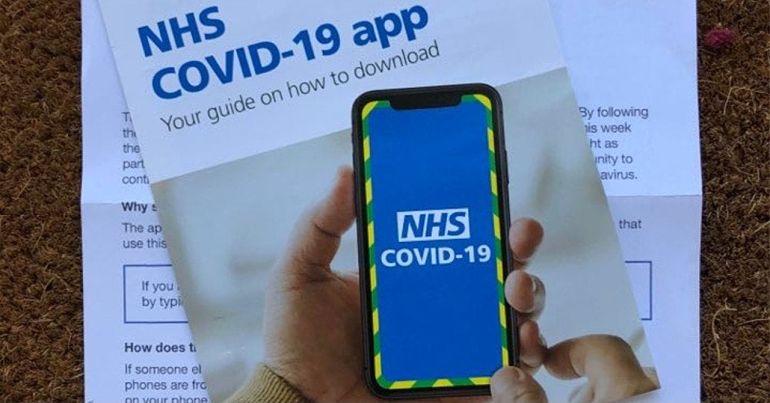 Huawei and some older mobile phones cannot run the NHS contact tracing app being trialled on the Isle of Wight, NHS tech unit NHSX has admitted.

Dr Geraint Lewis, who is in charge of the development of the NHS Covid-19 app, said that the new tool will only work with newer operating systems on Apple and Samsung phones.

Speaking to BBC Radio Solent, he said phones needed to have the capability of running Bluetooth Low Energy (BLE) and to be running either Apple ios 11 upwards or Android 8 upwards.

Several listeners had contacted the radio station to say that the much criticised app, which is being piloted on the island before being rolled out nationwide, was not working on older devices.

Dr Lewis said: “There are three reasons why the app might not work on a particular smart phone, it’s either the development team has not got around to supporting that particular phone.

“The second reason is if the phone itself doesn’t have this thing called Bluetooth Low Energy in it, certain older phones don’t have BLE and that’s the piece of technology we use to measure distance between phones.

Another listener complained that the app drained the battery on their phone but Dr Lewis said that it had been designed to be low energy. He said it only used 1% of battery on his phone and asked for people with problems to give their feedback to NHSX.

Dr Lewis explained that Android phones request permission to use location services because the system bundles it together with bluetooth permissions and he had written to Google to point out that this was “confusing”.

He added: “It is not a tracking app, it doesn’t know geographically where you are, all it is measuring is the distance between your phone and somebody else’s.”

Explaining how the app works, he said: “If you download the app, it starts taking anonymous measurements of how far away you are from other app users and it stores that information anonymously on your phone.

“If later on you develop symptoms of coronavirus, either fever or continuous new cough, then you can choose to send that information to the NHS, then we will notify anonymously those people you have been in close contact with and then arrange for a virology swab test delivered to your door in a few hours.

“The system is there to protect the whole community, so if sufficient numbers of people download and use the app everyone will be protected regardless of whether they themselves have a phone that is compatible.”

He added: “The huge advantage of an app over more traditional forms of contact tracing, is that you can almost industrialise the process, it’s able to send notifications very rapidly to people very soon after they have developed these symptoms which is the time when they are at their most infectious.”

Dr Lewis said that 55,000 people had downloaded the app so far but it was not possible to say that all of those were on the Isle of Wight.