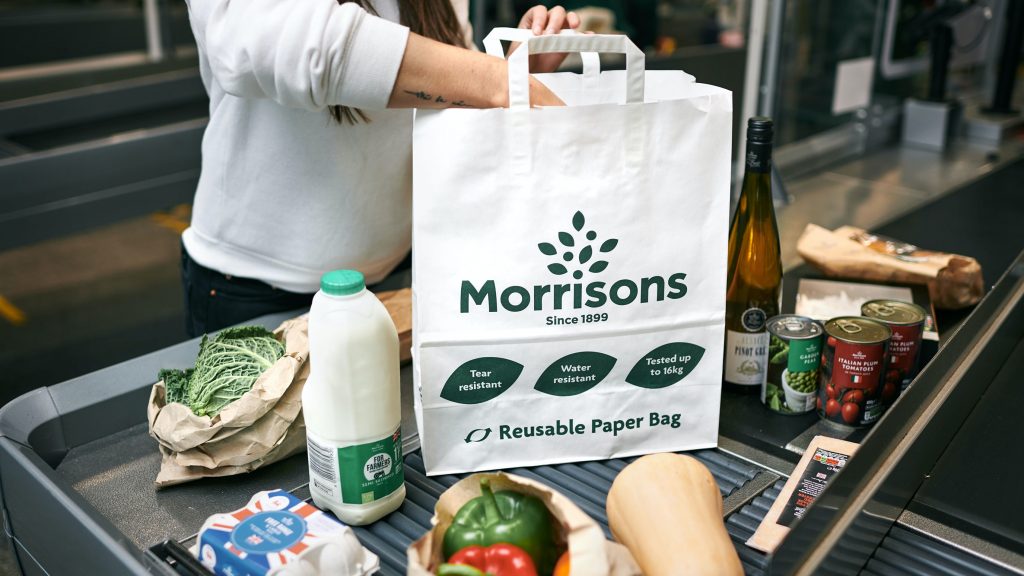 Morrisons has said it could ditch plastic “bags for life” from its supermarkets as it looks to move to only using paper bags.

The supermarket chain has launched a trial across eight stores, which will see only sturdy paper bags used at checkouts instead.

It said it hopes to stop using plastic carrier bags in all 494 of its stores if the trial proves popular with customers.

Morrisons said it is looking at phasing out the bags for life, which are intended to be reused multiple times, after seeing evidence that they are sometimes being used only once before being binned.

The supermarket is one of many to have phased out thinner single-use carrier bags after the 5p charge was introduced in 2015.

Removing standard plastic bags for life across all Morrisons stores would take 90m out of use and remove 3,510 tonnes of plastic a year, the company said.

Chief executive David Potts said: “We believe customers are ready to stop using plastic carrier bags as they want to reduce the amount of plastic they have in their lives and keep it out of the environment.

“We know that many are taking reusable bags back to store and, if they forget these, we have paper bags that are tough, convenient and a reusable alternative.”

Morrisons customers have had the opportunity to use paper bags since the start of last year, when they were first introduced across its store estate.

The company said that “one in three customers” has switched to paper bags since they were introduced.