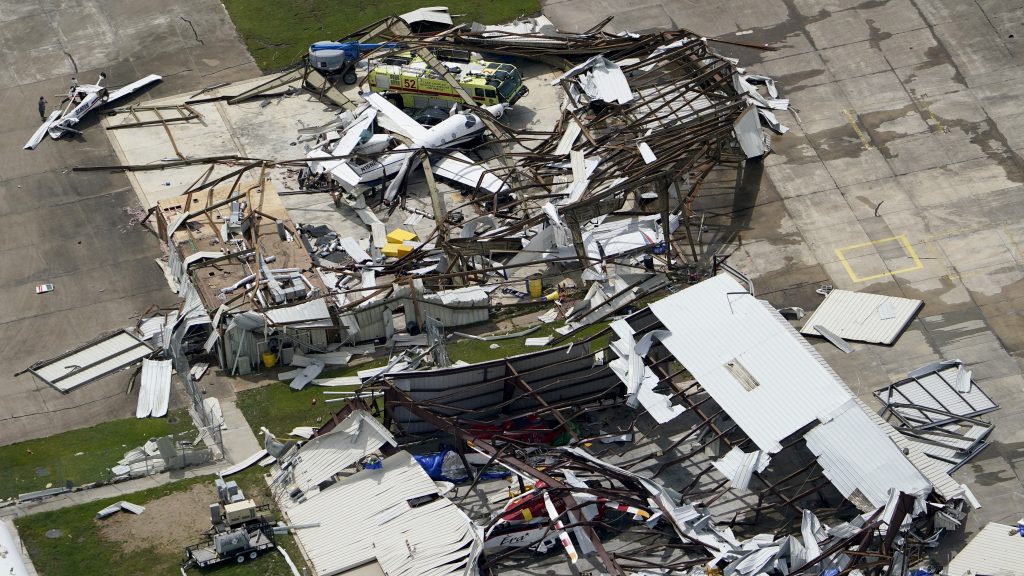 The remnants of Hurricane Laura have unleashed heavy rain and twisters hundreds of miles inland. Flooding and more tornadoes are possible as the leftovers of the Category 4 hurricane move eastwards through Tennessee, Mississippi and Alabama.

Laura weakened to a tropical depression late on 27 August, but could become a tropical storm again when it moves off the mid-Atlantic coast on 29 August.

More than 750,000 homes and businesses were without power in Louisiana, Texas and Arkansas in the storm’s wake, according to poweroutage.us, which tracks utility reports.

One of the strongest hurricanes ever to strike the United States, Laura was blamed for six deaths as it barrelled across Louisiana and parts of Texas. It has also killed nearly two dozen people in Haiti and the Dominican Republic.

Louisiana governor John Bel Edwards said: “It is clear that we did not sustain and suffer the absolute, catastrophic damage that we thought was likely. But we have sustained a tremendous amount of damage.”

Edwards called Laura the most powerful hurricane to strike Louisiana, meaning it surpassed even Katrina, which was a Category 3 storm when it hit in 2005.

The hurricane’s top wind speed of 150mph put it among the strongest systems on record in the US. Not until 11 hours after landfall did Laura finally lose hurricane status as it moved north towards Arkansas, and up until the evening of 27 August it remained a tropical storm with winds of 40mph.

Laura was the seventh named storm to strike the US this year, setting a new record for US landfalls by the end of August. Laura hit the US after killing 20 people in Haiti and three in the Dominican Republic.