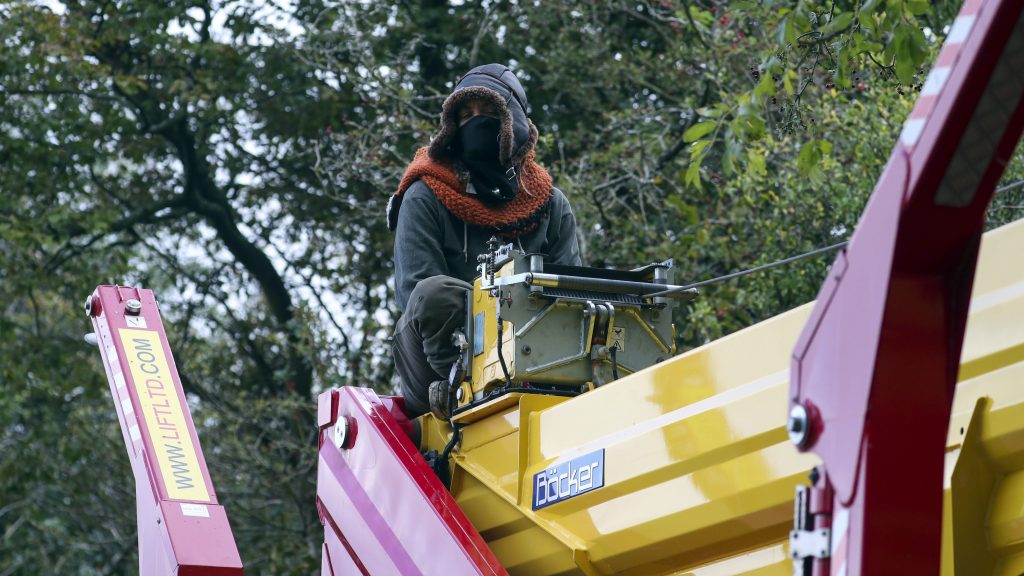 Tensions are building between treehouse protesters obstructing HS2 construction in a forest and evictions officials, as a second day of removals got under way.

A number of environmental activists remained camped up trees at Jones’ Hill Wood in Buckinghamshire through lashing wind and rain overnight, after HS2 officials with chainsaws and Thames Valley Police ceased removals on Thursday evening.

Roald Dahl wrote his stories in the nearby town of Great Missenden, and classics like Fantastic Mr Fox are said to have taken inspiration from the forest.

Masters, who was an RAF aircraft engineer for 20 years, said he helped two more people climb into his treehouse overnight and only got three hours sleep before the evictions resumed.

The councillor, who has been camping in the wood every night for the past three months, told the PA news agency: “There’s more of us in the trees now than there were last night.

“We are here to do a job and we need to draw attention to what’s going on with HS2 – it’s going to decimate our environment and our way of life.

“Money that has been spent and wasted could have been spent on the NHS.

“We have not got the 120 years before this construction is carbon neutral. All the science indicates that if we do not make wholesale changes in our carbon economy, we are going to be heading for climate change long before then.

“It’s going to be a bit tense with evictions teams but we are non-violent, peaceful protesters and I will stay in this tree for as long as possible.”

A spokesperson for HS2 said evictions teams will be focusing on removing treehouse protesters before dealing with those milling around on the ground – an operation they expect will take several days.