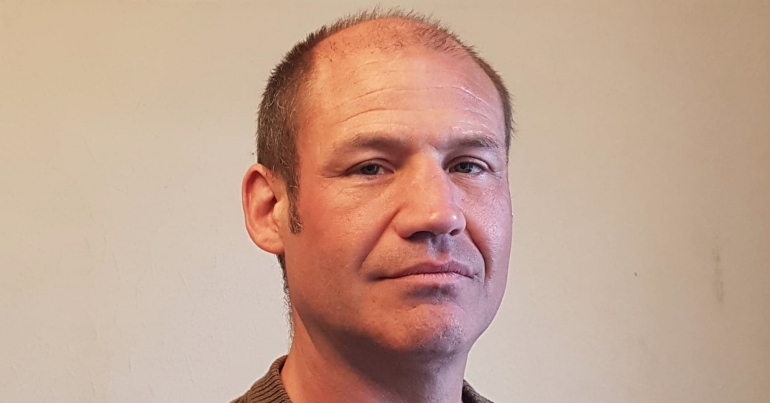 Jim Matthews, a former soldier cleared of terrorism charges for joining the fight against Daesh (ISIS/ISIL) in Northern Syria has accused the UK police of harassment and acting undemocratically after he was detained coming back from holiday.

Matthews was detained under Schedule 7 of the Terrorism Act at Portsmouth Ferry Port by special branch officers. Schedule 7 gives officers the right to detain, search and question anyone, without reasonable suspicion.

His lawyers, Birnberg Peirce, believe his detention was ‘unlawful’. They stated that officers who stopped Matthews refused to identify themselves and failed to give him a “detention notice”. This is something they are required to do under the Codes of Practice for Schedule 7.

The Canary has seen a statement written by Matthews about his experiences and a letter sent by Birnberg Peirce to the police.

In February 2018, Matthews was charged with terrorism offences for fighting with the Kurdish-led People’s Protection Units (YPG) against Daesh. In an interview with the Mirror, Matthews said he was “outraged” about the charges. He also said the wording of the legislation:

After months on bail facing a trial at the Old Bailey, charges were dropped. Matthews said that:

Matthews has since published a book about his experiences fighting with the YPG – Fighting Monsters.

As Matthews explained in his statement, it is an offence not to answer questions under Schedule 7. He said that he was asked “a very wide range of questions” including why he had been in France and details of previous police actions that he said, “ought to be straightforward matters of police record”.

I was asked details of any future travel plans. Of past and current employment, and sources of income. Of involvement with Kurdish groups and other political or non-political groups. Of contacts among Kurdish people here and abroad, of contacts among returning volunteers like myself. Details of partners. Details of the friends I stayed with in France – which I refused to give, on the grounds that they shouldn’t even be doing this to me and I was not having them harrass my innocent friends.

Matthews said his “phone, laptop and other digital media were seized and taken away”. He said that he:

informed the police that my lawyer intended to write and ask them not to examine these. The police disregarded this and searched them anyway. My request merely aroused suspicion and prompted several questions, as though a free citizen asserting his right to privacy means he must have something to hide.

While the police said they “examined” his digital media, they refused to say whether they had downloaded information for further investigation. His DNA and fingerprints were also taken despite the fact the police have already taken them on numerous occasions.

Matthews also stated that the questions they asked were “very unclear” and that “the officers’ knowledge (of both the issues and of how to actually ask proper questions) barely sufficient”.

He said that the officers:

rambled, forgot things, misunderstood things, misused words, repeated themselves several times in a single sentence, contradicted themselves. Much of what they said consisted of incomplete chunks of phrasing which sounded like police-speak but which made little actual sense.

The police did not record the interview but the officers made handwritten notes:

Reading upside down I saw that numerous of my answers were written down wrongly, and I had to correct them.

As Matthews says, if the police believed he was “realistically suspected of anything terrorism-related then the long-running investigation and legal process should have established something substantial”. But he thinks that:

I am simply on a list, and as long as I remain on it the security services will go on arbitrarily and indefinitely dragging me aside, imprisoning me and subjecting me to the most invasive measures whenever I travel. This will potentially affect employment prospects and other areas of life.

He also accused the police of acting in a “fundamentally undemocratic” way:

I consider this application of the law to be fundamentally anti-democratic, and irreconcilable with basic human rights in a functioning democracy.

Matthews spent months living with draconian bail conditions and the threat of a serious charge hanging over his head for fighting alongside a UK ally. Serious questions now need asking about why the police think it is acceptable to keep on harassing him and using terrorism laws against an innocent man returning from holiday.

The Canary contacted the police for comment but had not received a reply at the time of publication.