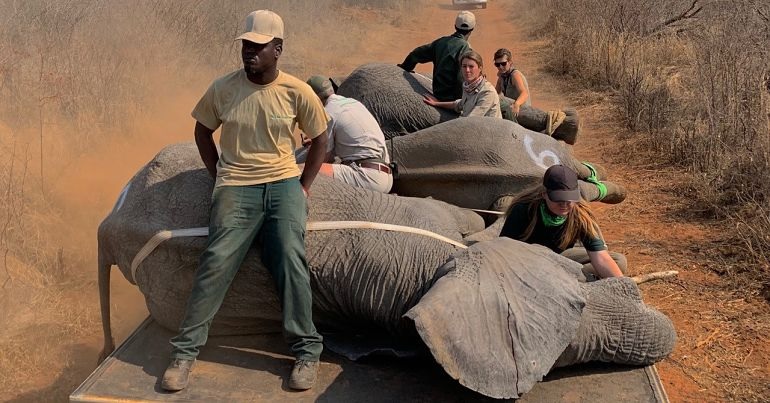 A group of NGOs recently carried out a rescue operation for a family of elephants in South Africa. The family was facing possible death, or culling as we often call it, due to living in a park that authorities considered was overpopulated. After hearing about the elephants grim prospects, the NGOs put together a translocation plan, whereby the family would move to a larger, more suitable park.

That operation was a storming success. Now, the family of six appears “happy and content” in their new home, having integrated well with other elephants there. Too often humanity chooses killing – or culling – as a way of managing wildlife populations. But amid a biodiversity crisis, and a climate emergency, we’ve got to start thinking outside of this lethal box.

This magnificent rescue is, in short, an example to the world of what we should be doing, as standard.

Wildlife journalist and author Adam Cruise was on the scene during the operation. He explained to The Canary that South Africa is a “unique” country:

The country’s immediate neighbours – Botswana, Namibia, Mozambique and Zimbabwe – are renowned for their great herds of free-roaming elephants. South Africa’s elephants, on the other hand, are almost entirely fenced in. Even the famous Kruger National Park, home to around 20,000 elephants, is almost entirely surrounded by a fence. The rest of South Africa’s elephant populations are splintered into a patch-work of hundreds of fragmented game parks and reserves, many of which are small pockets of their former range.

This situation causes stress to elephants and can damage the health of the natural environment, Cruise said. Because elephants need space and ordinarily would travel “great distances in search of food and water”. So the authorities have to manage elephant populations. South Africa’s government has drawn up “National Norms and Standards for the Management of Elephants” as guidance for this. Cruise explained:

If a reserve is deemed to have too many elephants for a particular space, options to manage them include: the translocation of elephants to bigger reserves, providing immunocontraception to breeding females to minimise population growth, trophy hunting and, as a last resort, culling.

Translocation involves huge costs. Meanwhile, immunocontraception, which uses the female’s own immune system to block egg fertilisation, only helps if “done pro-actively before a population becomes too big”. So Cruise said trophy hunting and culling are the “only options” for “many reserves”.

Atherstone, a reserve in the north-west of the country, faced this dilemma recently. It’s small in size and Cruise said it’s been “struggling with the problem” of overpopulation for years. But it was unable to afford the cost of translocation. As the wildlife journalist explained, moving elephants to a different location isn’t easy either, it’s a complicated undertaking that:

So, with the reserve “under pressure to have their excess elephants removed”, it was “potentially looking at the last resort”, i.e. killing the elephants.

However, Swiss NGO Fondation Franz Weber, along with Human Society International-Africa, the Elephant Reintegration Trust, and Global Supplies-Conservation Initiatives hatched a plan to work together to translocate the elephants. 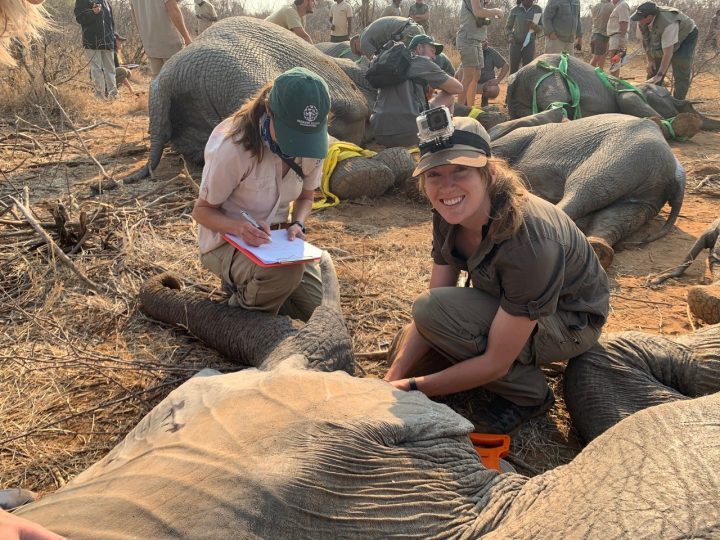 They darted them for sedation before doing the necessary DNA and blood tests. Then the elephants were “lifted onto trucks, transported and re-loaded into the awaiting crates, revived, and after an arduous thirteen-hour journey on the road, released”. Overall, Cruise said, the “entire process was a success”. 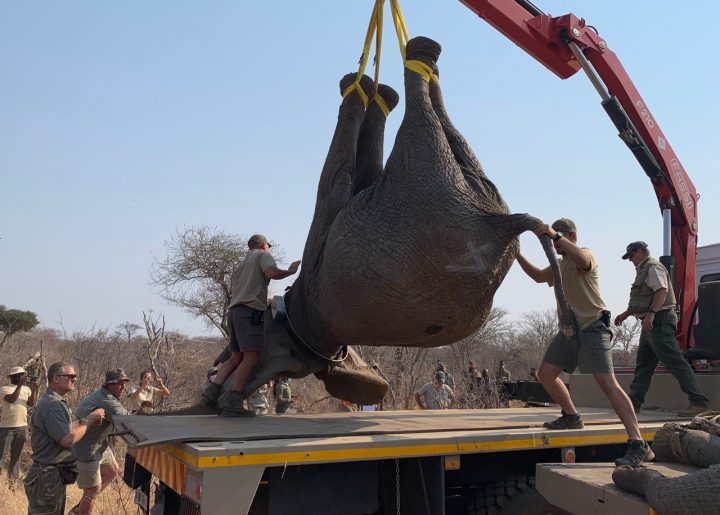 The family in question is made up of a matriarch, the lead female, who the team radio-collared. With her are two babies, two sub-adult elephants, and an older female. 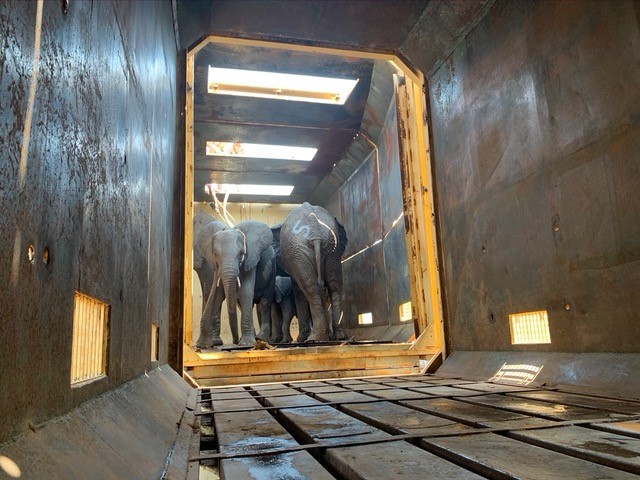 Cruise described their first moments in their “new home”:

In the middle of the night, and in a tight huddle, the family disappeared silently into the darkness, and their new home. Their movements were followed from the satellite collar which showed they soon found water and were joined by the existing herd.

After a few days, the elephants were physically seen together and eating well, happy and content as wild free-roaming elephants should be.

That’s what you call a happy ending. It’s also a heart-warming conclusion that can become the norm.

In our shared world, management of human co-existence with other animals is sometimes a necessity. Killing those other animals is most certainly not. Options that chime with our better angels, and respect the lives of the animals in question, do exist. Amid an extinction crisis, it’s imperative we embrace them wholeheartedly.