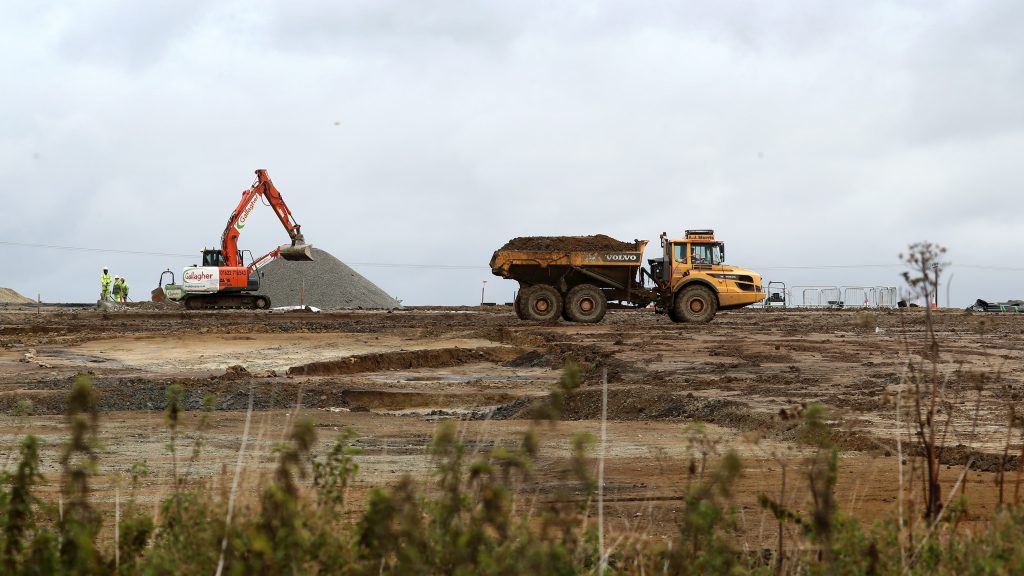 Thousands of people are calling for a huge, new Brexit “lorry park” in Kent to be named after Nigel Farage. A tongue-in-cheek petition wants the Brexit Party leader to be recognised for his contribution to the UK leaving the EU.

Up to 1,700 lorries will be able to park at the new facility, which is under construction next to the M20 in Ashford. While the government refers to it as an “inland border facility”, the online campaign prefers to describe it as a “diesel-soaked Valhalla”.

As the UK approaches the end of the Brexit transition period, a number of measures are being put in place to try to avoid friction after December 31.

Hauliers will need special permits to gain access to Kent in order to help avoid queues of 7,000 trucks heading for the border. Meanwhile, portable toilets could be installed alongside roads in the Garden of England in case lorry drivers get stuck in congestion.

The petition, launched on Thursday, calls on Kent County Council to name the controversial new facility “Nigel’s Folly” after the longtime Brexit campaigner. It says:

It is fitting that every lorry driver, every commuter and every local resident has a chance to link this fine example of civil engineering to its true hero.

It may be that Mr Farage will be unable or unwilling to attend the unveiling of this great honour that we do him, but that shouldn’t get in the way of seeing his name and huge gurn plastered all over the boundary fence at regular intervals, topped by a coil of razor wire no doubt festooned with the shreds of black farmers’ plastic known as witches’ knickers.

For the foreseeable future everyone should genuinely be able to refer to this diesel-soaked Valhalla as Nigel’s Folly.

Set up on 15 October, the petition has so far garnered more than 6,000 signatures.

As signatures mounted on Friday morning, others left comments endorsing the plan, with some suggesting the “Farage Garage” as an alternative name. Kent County Council was trending along with Nigel Farage on Twitter on Friday morning.

The petition can be accessed here.