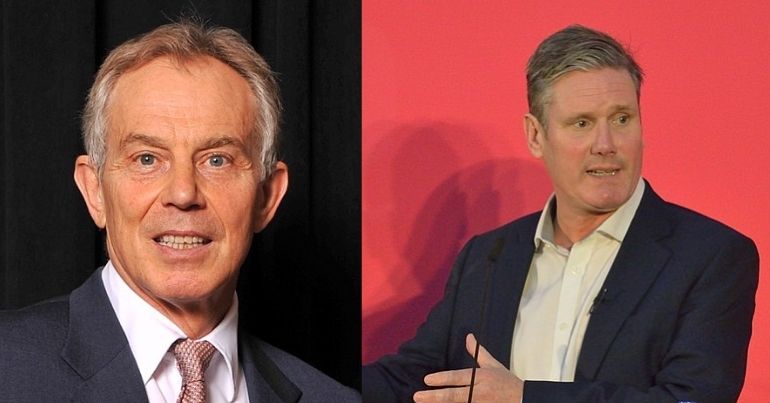 On 14 October, it was reported that Labour leader Keir Starmer had appointed hardcore Blairite Nita Clarke to fix Labour’s internal culture. However, the appointment allegedly lasted just hours after apologist tweets about the Iraq War were discovered from 2020

The appointment of Clarke, “a former aide to Tony Blair” and vocal opponent of Jeremy Corbyn, was announced on 14 October 2020.

Journalist Gabriel Pogrund reported that her role was set to be improving internal party culture and that Clarke had vocally opposed Labour during the Corbyn period.

Labour has appointed a former aide to Tony Blair, Nita Clarke, to look at the "culture of the party" and help build "election winning organisation"

Clarke was no fan of Corbyn or Brexit, saying it was "morally bankrupt" to back him for PM/imploring JK Rowling to set up new party pic.twitter.com/NuSzGEf3Zz

Less than 24 hours later, Labour sources reported that her appointment had been cancelled:

I'm told this appointment has not lasted long – already been undone. https://t.co/K2wRcX1l5K

Nita Clarke won’t be overseeing Labour’s culture after all – they’ve withdrawn the appointment, thanks to us pesky lefties showing why you should always delete your Twitter past before you take a top job.

The Canary contacted the Labour Party for confirmation that the appointment had been withdrawn. However, we had not received a response at the time of publication.

So what happened in those few hours?

Well, a little bit of Twitter archaeology – if digging up things from 2020 can be counted as archaeology.

Journalists and other Twitter users discovered that as recently as summer 2020, Clarke was still coming up with the usual centrist apologia for the devastating Iraq War. The conflict killed thousands of innocent people, displaced millions, and even led to the rise of Daesh (Isis/Isil).

Imagine in 2020 trying to justify the Iraq War by saying it was:

Iraq had absolutely nothing to do with 9/11, it was non existent WMDs.

How can Nita Clarke be in charge of changing the culture in Labour @Keir_Starmer/@AngelaRayner? pic.twitter.com/YifOcVmyVx

Quite frankly Starmer comes out of this looking either woefully inept or viciously factional, and either way it brings his abilities as leader into question.

They also questioned the Labour leader’s supposed commitment to party unity in the post-Corbyn era:

By appointing Corbyn-hating Blairite Nita Clarke to oversee the "culture" of the Labour Party, Keir Starmer continues to betray all those members who naively voted for him based on his false promise to end factionalism and unite the party. https://t.co/HyVzyerrf3

It seems that while the socialists might not be leading the party anymore, the Blairites won’t be getting everything their own way.