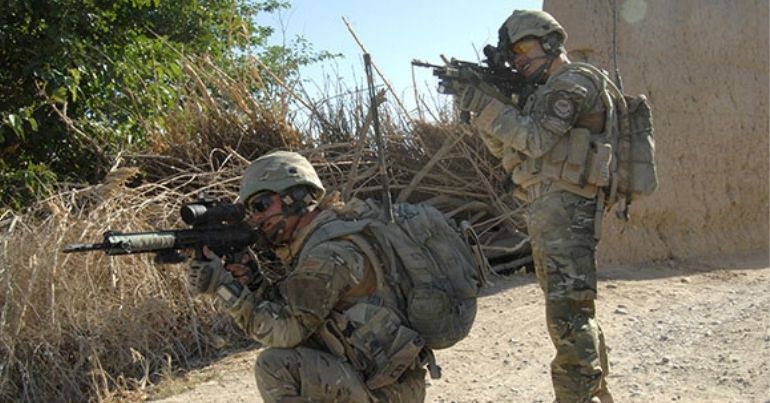 Defence ministers have ordered a new inquiry into how war crimes are investigated, after their new combat zone immunity bill was ripped apart by the human rights committee.

Since the second reading of the Overseas Operations Bill on 23 September, the legislation has been attacked by members of the human rights committee. With the proposals proving deeply unpopular and controversial, panicked Tories have launched a judge-led inquiry into how war crimes are investigated.

Nobody wants to see service personnel subjected to drawn-out investigations, only for the allegations to prove to be false or unfounded.

At the same time, credible allegations against those who fall short of our high standards must be investigated quickly and efficiently.

This review, which will run in tandem with our Overseas Operations Bill and build on the recommendations of the Service Justice System Review, will help future-proof investigations and provide greater certainty to both victims and service personnel.

The new move begs a question:

If the bill is as solid as the government says, why launch an inquiry into a key aspect which they claim their new proposal deals with?

Organisations like the Quakers, Royal British Legion, and Liberty, as well as former military officers, have fiercely condemned the proposed new laws.

The Ministry of Defence has framed the bill, including in its new announcement, as a defence of UK troops against so-called “vexatious” prosecutions and reinvestigations.

Critics, including the vice-chair of the Law Society, have warned that the bill would strip personnel and veterans of their right to sue the MOD. It would also strip overseas victims of UK military abuse of their right to justice, and badly damage international law.

The war crimes immunity bill is part of a broader pattern of authoritarian moves alongside:

It seems the Tories are on the run over their war crimes bill. But this new wave of authoritarian moves, which endangers the lives and freedoms of people in the UK and beyond, must continue to be resisted.